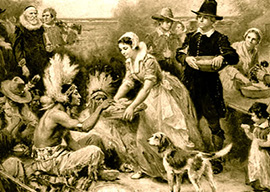 In the 1960s a kind of sport for us Yanks in Paris was making light of our cheese-eating, surrender-monkey hosts.

Dr. Reginald Kernan led the American Mafia at the Travellers Club. He was on the conseil and made sure that the Frogs kept their part of the bargain that the Club maintain its half-Gallic, half-Anglo-Saxon character and composition.

Reg spoke perfect idiomatic French, if (to the purist ear) with a slightly grating American accent. His idea of a joke was to translate American slang verbatim into French. “Quoi l”enfer donne autour d”ici?” (“What the hell’s going on around here?”), he”d ask as he came into the bar. Or he would say ponderously, “C”est comme Ã§a que le biscuit s”Ã©miette.” (“That’s the way the cookie crumbles.”) In French, neither expression means anything.

Reg was a Boston Brahmin: Milton Academy, Harvard College, a varsity oar, Harvard Medical School. He had been a top doctor at the American Hospital in Paris until he did something that got him sacked, forcing him to sleep in his car for a couple months. Reg was six foot six, slim, and handsome”a dead ringer for Gary Cooper. Before long he was acting in French movies, starring with Simone Signoret and having a love affair with her to boot. He was also more than friendly with the statuesque American model and actress Suzy Parker.

Parker was Chanel’s signature face and the first model to command $200 an hour and make $100,000 a year. She was the rare case of a beauty with wit. Laura Jacobs quoted her in a May 2006 Vanity Fair feature: “I think you can love a man more when you aren”t married to him.” I have an idea this philosophy sat well with Reg. Sadly, her great charm did not radiate to the silver screen. In Kiss Them for Me (1957) with Cary Grant, her performance makes the Tin Woodman look like an Olympic gymnast.

“I laugh at the jokes…but I am also an admirer of French literature, gastronomy, and culture. And who can forget that great French contribution to mankind—the invention of the blow-job.”

Art Buchwald was the principal literary French-baiter. He had a column on the back page of the Paris International Herald in the days before it was acquired by those mirthless, politically correct bores down on West 42nd Street.

The paper was then owned by Jock Whitney’s New York Herald Tribune and was, some say, the world’s best English-language newspaper. Only about a dozen pages, you could read the whole thing over breakfast. It gave you the feeling of having mastered the world situation. There were the stock tables and the sports scores from America, all the international news, some quirky stuff about Paris, some interesting ads for “private French lessons,” and always an ad for Harry’s New York Bar, 5 Rue Daunou: “Just tell the taxi driver””Sank Roo Dough Noo.””

One of Buchwald’s best columns exposed the myth that the French found big-tipping Americans vulgar. The piece told the tragedy of a maid at the Plaza AthÃ©nÃ©e who burst into tears when she was over-tipped.