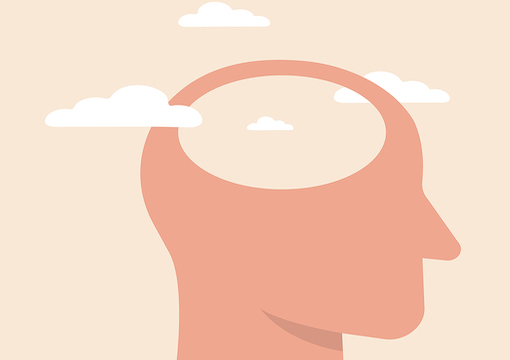 As I write this, Germany is closing down its nuclear power stations, and I am reminded of a phrase in Shostakovich’s memoirs, including of life under Stalin: “A great cultural event, like the closing of a theatre.”

There are those who see behind the closure a sinister Russian plot, Mrs. Merkel—they say—having long been a Russian agent (she grew up in the German Democratic Republic, was a prominent member of the communist youth movement, and learned fluent Russian). The less power Germany generates for itself, the more dependent it becomes on Russia. But this hypothesis is redundant: All that was required for such a decision to have been made was a homegrown militantly self-righteous movement of spoiled brats who have never known hardship, irrespective of the recent history of their country.

The decision to close the power stations was taken in 2011, in the wake of the Fukushima disaster caused by an earthquake and its subsequent tsunami, a “disaster” that caused sixteen injuries and at least one radiation-provoked cancer death. As Bismarck put it, one does not ask how sausages or politics are made.

“People who are selected for intelligence and then denied the use of it are particularly apt to become stupid.”

Be that as it may, once the decision was made, the Germans have stuck to it, taking no notice of changed world circumstances. It is as if decisions, once taken, are thereby written on tablets of stone. Perhaps the strangest aspect of the decision was that Germany continues to generate a considerable proportion, more than a quarter, of its electricity from brown coal, a source infinitely more polluting than nuclear generation. If the lobby of the self-righteous were really interested in the purity of the air, they would have pressed for the closure of the brown coal power stations rather than that of nuclear power stations; but symbols are often more important to people, especially those in thrall to an ideology, than any concrete reality. And nothing symbolizes Mankind’s hubris (as the ecologists would call it) better than nuclear power stations. Lignite power stations, by contrast, are much less potent symbolically, however polluting they may be in reality. When symbolism conflicts with realism, symbolism always wins, at least among the intelligentsia. And in modern societies it is they, the intelligentsia, who count.

It requires no agents of the FSB—the new KGB—for countries to adopt foolish energy policies. Britain is at least as foolish as Germany in this regard. Although its contribution to global warming is negligible—even assuming that the hypothesis of anthropogenic global warming is true—and it would make no difference to the whole process if it, the entire country, disappeared from the face of the earth, its government has decided that it will not exploit its reserves of oil or natural gas, but will electrify all vehicles and home heating in the name of saving the planet, in the process crushing the poor with new charges that they can ill afford (not, of course, that they always spend their money wisely). When one of Louis XIV’s subjects said, “But, sire, I have to live,” the monarch replied, “I don’t see the necessity.” This is the attitude that the British government seems to be taking to half its population.

Strategic considerations have likewise been completely alien to it. To save a little money, it outsourced the country’s gas storage facilities. It has neglected to replace the country’s aging nuclear power stations (one would never have guessed that Britain was the first country in the world to generate electricity in this way). It has no plans to deal with shortages or emergencies, as if there had never been such things in the history of the world. There is now the very real possibility of a power shortage should the next few months prove very cold, but still the government’s egregious leader concerns himself with the long-term fate of the world. It is so much easier to deal with because it requires the manipulation of long-term symbols rather than short-term but intractable realities.

Some kind of madness seems to have overtaken much of the Western world, no doubt with varying degrees of severity and with differing powers of recuperation. The Chinese might say that the mandate of heaven as been withdrawn from it, the Greeks would have said that the gods were making us mad as a prelude to our own destruction. Almost everywhere one looks, there are signs of frivolity—which, of course, is not incompatible with the utmost earnestness.

I would like to extend this observation to a condition of learned stupidity, that is to say the stupidity of people who are by no means lacking in intelligence but who nevertheless make stupid decisions that people of lesser or even much lesser intelligence can see at once are stupid. Learned stupidity explains how and why highly intelligent people, faced with a choice, repeatedly choose a stupid, if not the most stupid, option, time after time.

In order for people to learn to be stupid in this sense, they must both undergo a prolonged education or training and be obliged to perform acts or carry out procedures that do not engage their intelligence and may even be repugnant to it, while simultaneously being under surveillance for compliance and conformity. Politicians generally fulfill these conditions. They are not alone in this, far from it: A good swathe of the general population also fulfills these conditions. People who are selected for intelligence and then denied the use of it are particularly apt to become stupid.

Politicians are denied, or deny themselves, the use of their intelligence by their need to curry favor, not necessarily of the majority, but of at least the most vocal minorities. It is a human propensity to come to believe what one is obliged, either by self-interest or by virtue of one’s subordination in a hierarchy, to say. That is why, in my professional life, I’ve heard so many intelligent people arguing passionately for the most evident absurdities, with all the appearance of believing in them.