Leave Syria to the Syrians 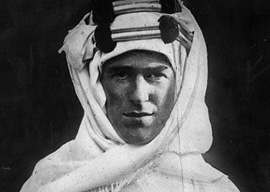 This is not a good time to be running the Middle East desk at the State Department. If you happen to be him or her, take my advice: Do nothing. Especially in Syria. Let all the think tanks and lobbyists submit their recommendations. Ask the CIA for the usual analysis. Tell the Israelis, which you would anyway, that you”ll put their suggestions at the top of the pile. Stack that pile high, then burn it. If you stick your hand into this particular tar baby, you will never get out.

Think back to when this mess began, which was a long time before young Mohamed Bouazizi burned himself to death in Tunisia. It was about the time the British and the French decided to save the Arabs from the Ottoman Empire’s oppression. They convinced a few Arabs, who would have remained loyal to their sultan if they had not lost out in one power struggle or another, to overthrow their oppressor. This was only a couple of generations after Britain and France protected the Turks” empire from encroachment by that other evil empire”the Russian one”in the Crimea. By 1917, when the Turk was looking vulnerable, the time came to rescue his subjects from harsh treatment that the Anglo-French entente had not noticed for a couple of centuries. Soon after the Turks were driven out, the Iraqis were fighting for their lives against the British and the Syrians risked their all to expel the French. Both failed until the Second World War made the maintenance of Levantine and Mesopotamian protectorates too expensive.

“Syria is a complex and diverse society in which outside do-gooders risk destroying all they claim to support.”

Liberation from outside is as dangerous a game as revolution. With neither can the outcome be predicted. The Poles were liberated from the Nazis in 1945, only to find themselves under the Red Army. Many Iraqis wanted to depose Saddam Hussein in 2003, but the American Army turned out to be a blunt instrument that made their lives more hellish than Saddam had. I remember when Palestinians in the West Bank complained about Jordanian rule. I suspect that having since 1967 been occupied by Israel’s army and displaced by Israel’s settlers, they would give anything to have the Jordanians back. So before Uncle Sam rides to the rescue in Syria, give it some thought.

There are two people whose analysis of matters Syrian I respect. Both are British journalists and scholars who have lived in the region, speak Arabic, and are at least seventy-five. One is David Hirst, formerly of the Guardian. The other is Patrick Seale, who used to write for the Observer. Seale’s 1965 The Struggle for Syria is the starting point for any serious understanding of the country’s politics. His 1988 Asad of Syria: The Struggle for the Middle East tells all you need to know about Syria since Assad pÃ¨re became president in 1970. Hirst’s The Gun and the Olive Branch renders most other histories of the Palestinian-Israeli conflict irrelevant, and his recent Beware of Small States  brings the drama up to date by doing the impossible: explaining Lebanon.

Hirst wrote on March 22 in the Guardian that protestors in Dera”a, the southern border town where the anti-regime demonstrations began, burned down the office of a cell-phone company owned by the president’s cousin, Rami Makhlouf, and the local headquarters of the Ba”ath Party. The party and the company represent monopoly”one economic, the other political. Many Syrians believe that their lives would be better if they could share in the economy and the government. Those who control both monopolies refuse to share wealth and power, so the contest is on. Hirst writes:

Never would the army and police leaderships abandon the political leadership as they did in Egypt and Tunisia. For them all, so incestuously linked, overthrow is simply not an option.

Civil war, however, is an option.