Lebedev Takes On the West 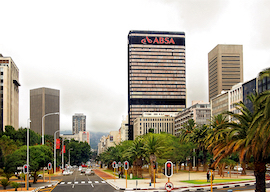 A recent article in The Spectator about Alexander Lebedev makes interesting reading; almost as interesting as the man himself. Born to parents belonging to the Soviet nomenklatura in Moscow in 1959, he studied economics and graduated in 1982 before joining the KGB. Posted to London in the late ’80s as an economics attaché to monitor political events, he maintained a close eye on the seismic political changes that were unfolding, left the intelligence services, and went on to become a billionaire “oligarch” in the wake of the demise of the Soviet Union. He is now a part owner of the U.K.’s Independent and Evening Standard.

He recently wrote a book titled Hunt the Banker in which he makes points seldom seen in print or heard on television. He is outraged by the sense of moral superiority assumed by the West in general and Western financial institutions in particular, which he says have become “machines for theft.” This resonates with what all of us who live in Africa know, but sometimes forget.

Africa certainly suffers as a result of delinquent governance, which is prevalent at all levels and in all countries. But the pertinent point Lebedev makes is the looting of the continental wealth could not have happened without the complicity of Western banks and their political and bureaucratic supervisors who have turned a blind eye to this colossal malfeasance for over sixty years and continue to do so today. Add to this the amount of aid money that is sent to Africa, only to be stolen and recycled through the same banks, and the numbers run into trillions. Lebedev is right; puritanical politicians and bankers in Europe who speak so sanctimoniously about their concern for the poor in the Third World are the very people who have facilitated this tragedy.

“Two vital pillars in the upholding of real democracy are no more.”

In this context I am mindful of the fact that Cecil Rhodes, in the minds of the vast majority of people, is currently one of the great historical villains of our colonial past; pilloried for his ruthless plunder of the diamond fields—and, of course, for being a capitalist, “racist,” and imperialist. But these modern-day bankers and their political masters would have had a big problem with Rhodes, and maybe this is why people like him and European politicians and entrepreneurs who followed had to be eliminated.

Rhodes had no interest in placing a solitary cent in any one of those banks—he wanted to put all his personal wealth back into Africa and build roads, railways, bridges, telegraphs, and places of learning, which is what he was busy doing when he died in a small cottage by the seaside in St. James. His dream was to help construct a platform for wealth creation on the continent that would be independent of Europe and benefit Africans of all races directly. Revenues earned would move in and out of African, not European, banks.

His legacy certainly lived on where I grew up in Rhodesia. There were surely exceptions, but the majority of Europeans who settled in the country, from farmers to manufacturers to industrialists, wanted to build and improve their fortunes in the country they called home and not in Luxembourg or London. This triggered tremendous economic growth, and the country was on course to being a continental, commercial, and industrial powerhouse. The same can be said of the Afrikaners in South Africa; the vast majority, whatever their other faults, were totally committed to developing their country using local resources and local financial institutions.

The crooked overseas bankers must have rubbed their hands in glee when the political sands shifted with the shift in power. The new “liberation” rulers quickly set about massive self-enrichment and then handed the spoils to them for safekeeping. Little, if anything, was used for nation-building, and the poor became immeasurably poorer. Zimbabwe is now on the brink of being a failed state as a result of this theft, and I daresay there is not a country in Africa that has not been similarly impacted to a lesser or greater degree.

Lebedev also questions Western conceit about freedom of speech, insisting his newspaper in Moscow has more editorial freedom than The New York Times. Whether this is true or not I am unable to say; but I share his view that public speech in the democracies is increasingly controlled by media moguls who dictate editorial direction and governments who regulate what is “offensive” or “designed to cause harm” under the all-embracing concept of “hate speech.” Identity politics have stifled debate and emphasized what divides rather than unites humans. “Freedom of speech” is now a doublespeak concept of Orwellian proportions.

As a result, important discussions designed to solve pressing problems cannot be had in public for fear that in the inevitable discourse, some victim group may be offended. And people who feel they may have something useful to contribute shy away in the face of the possibility that they will upset some supersensitive activist group that will have the support of a powerful mass-media machine, which will be galvanized into action to wreck the “offender’s” career.

This intolerance of dissent has led to a cowed majority that, understandably, recognizes the advantages that exist in maintaining a supine position on matters of consequence; better to shut up and live with the lie than speak out.

Reflecting on what Lebedev submits, one is left wondering what is left in the West if the rule of law is so brazenly bent by financiers and freedom of speech is a phantom of our past. Two vital pillars in the upholding of real democracy are no more, and the West may be on the same slippery slope we descended upon in southern Africa. We might soon welcome our distant European cousins to life in the Third World.