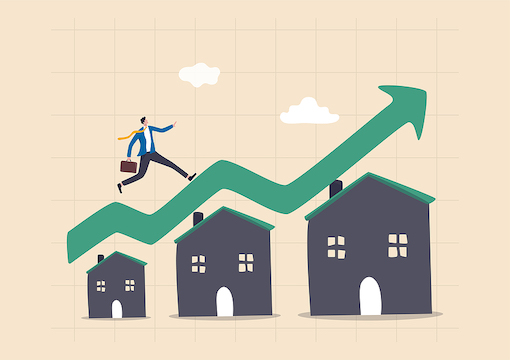 One of the confusions of the age is the conflation of what is desirable with what is a right.

For example, it is clearly desirable that everybody should be housed decently: No one wants to see anyone homeless who does not desire to be, or to live in horrible conditions. But that is not the same as saying that everyone has a right to a home, for such a right would impose on others the duty to provide such a home irrespective of the person’s conduct. Since no home can be provided except at the cost of human labor, a right to housing is also the imposition of forced labor.

In an article in the Guardian newspaper, former “special rapporteur” on the right to adequate housing (the kind of right that totalitarians love to write into their constitutions) Leilani Farhi points out quite correctly that the cost of housing has far outstripped the growth in incomes, which means that housing eats up an ever-higher proportion of many people’s incomes, whether they buy on mortgage or rent a property. In the biggest and most desirable cities, people are often faced with the invidious choice of living far into the suburbs where they can afford to rent a decent space, adding three miserable hours or more to their working day, in the process losing all the pleasures of living in a city which are almost entirely to be had in its center, or of paying a huge rent for a few overcrowded square yards of space.

“It seems to me that rents have risen faster than any possible supply of new housing could have slowed significantly.”

There are two reasons why rents have risen so high. The first, of course, is that demand has outstripped supply. No doubt the rise of single-person households has not helped matters; but it seems to me that rents have risen faster than any possible supply of new housing could have slowed significantly.

The U.N. former special rapporteur on the fanciful right to housing again correctly points out that the second reason for the rise in rents has been consequent upon the increase in both demand for and the price of property, namely the creation of money and low interest rates.

Where interest rates are low and the money supply increases, it is not at all surprising that asset prices should rise and share prices free themselves from any constraining connection with profitability. Money has to go somewhere, after all, and property has long been an asset whose value, barring the total destruction of the world (which now seems less improbable than not so long ago), will never fall to zero.

The special rapporteur, however, does not ask herself why interest rates should have been kept so low for so long, to the great advantage of those who already own assets. And one of the reasons surely is that governments needed low interest rates in order to finance their chronic deficits. Without low interest rates, their debts would have become impossibly expensive to service.

But why the deficits in the first place? Because, of course, governments were acting as if all kinds of benefits were rights, such that they were obliged to provide them without regard to their underlying economic ability to do so. And many governments were able to avoid inflation in the price of consumer goods by outsourcing production to wherever (mainly, but not entirely, China) they could be cheaply produced. The war in Ukraine put paid to this glorious system, in which the rich got far richer than could be accounted for by the increased production of anything, and the poor did not get poorer as far as their ability to buy food and other essentials such as PlayStations was concerned. This era is now over, at least until Russia is returned to the comity of nations and business as usual can recommence.

Inflation is a solution of a kind to this situation, for it melts away debt so long as interest rates are lower than the rate of inflation. Of course, it has its inconveniences, as those who have lived through periods of high inflation know, and it decimates creditors to the advantage of debtors. There is no safe haven in this situation except cunning, which most people (including me) do not have.

But to return to “adequate” housing as a human right. The term “adequate” is an infinitely expansible one, just the kind of term that those with a thirst for bureaucratic power like, because whatever is adequate today will be inadequate tomorrow (in my early 20s, I sometimes lived in conditions that would now count as abject poverty).

It will come as no surprise, perhaps, that one of the principal means favored by the former special rapporteur is the dilution of property rights and the bureaucratic control of the housing market by means of rent controls and the like.

Now I understand the frustration of people who are either homeless or living in very expensive but overcrowded accommodation, when they know that there are unoccupied flats or houses nearby that are owned by absentees. It is a natural human reaction for them to ask why they cannot have better or cheaper living conditions. Person x is badly housed, person y owns an empty flat. The solution seems simple and obvious: move x into y’s flat at a rent controlled by z, the philosopher-king bureaucrat who acts only in the general interest. Problem solved. Human rights have now been complied with (not that anyone is grateful, for one is not grateful to have one’s rights complied with, for gratitude and rights are oil and water).

It is, alas, only too clear what happens when this approach is tried. It fails, and then the reason for the failure must be sought: It is because the policy has not gone far enough. It becomes clear that person a lives in a house far larger than he needs, for example with an empty bedroom or more. Person b, alas, has to share overcrowded accommodations with person c. Again, the solution is obvious: Billet person b in person a’s spare bedroom. Admittedly, person a might not be delighted, but persons b and c are rendered very happy, and since the rule of ethics is what produces the greatest happiness of the greatest number, it is clear that a’s objections, alas typical of the selfishness of property owners in a regime of private property, must be overridden. Anything else would be immoral.

Voilà the United Nations and its well-paid officialdom: human rights to include the right to impose forced labor on whole populations.