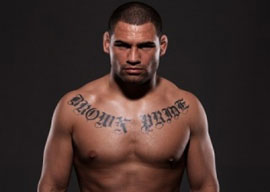 I thought I’d stumbled into a black hole when I read about the white supremacist who had just received the shock of his life on a television talk show.

A generation ago, his ilk were shock-talk daytime-TV fixtures, up there with alien abductees and victims of real or imagined sexual abuse.

Belligerent Klansmen in full white-sheet regalia typically strode onto the stage in mid-taunt, denouncing the studio audience as “niggers” and “Jew-lovers.” Naturally, said audience then sprang to its collective feet, baying for blood.

These spectacles supposedly reached their apogee in 1988, when a studio-clearing brawl between blacks and Aryans left semi-Hispanic Geraldo Rivera nursing a broken nose. (For my money, Morton Downey, Jr.‘s “Nazi Paintball” episode that same year is much cooler, if less infamous.)

The first thing you noticed about these “white supremacists” (once they took off their hoods) was how not very, well, supreme they were. No doubt the chase producer was pressured to book the least appealing “racist” guests available. That said, these self-appointed spokesmen for the Aryan nation did their cause no favors. They were, to a man, so preternaturally ugly that you found yourself entertaining the unfashionable notion that Johan Lavater might’ve been onto something.

Worse, it was impossible to imagine these monosyllabic gentlemen partaking of the “white culture” they kept bellowing about: listening to Mahler, maybe, or taking in a little Shakespeare in the Park.

This paradox persists, as evidenced by the fellow recently punked on one low-rated chat show that’s apparently stuck in a Clinton-era time warp.

Anyhow, Cobb is trying to turn tiny Leith, North Dakota into an all-white town. The trouble, according to the DNA test the show ran on him, is that Cobb is 14% sub-Saharan African. Cue applause.

That sounds about right, too. After all, Cobb obviously shares the O. J. Simpson jury’s low opinion of DNA’s credibility”he dismissed the results as “statistical noise””and I’ll bet he says the word “nigger” a lot.

Who knows how many folks watched the viral video of that episode, smirked smugly, and congratulated themselves on their own wonderfulness?

I’ve spent the last while chiding the world’s snobbish media elite for failing to grok that Mayor Rob Ford’s notorious “death threat” video (i.e., The Other, Other Video) merely depicts His (intoxicated) Honour doing a (piss-poor) Hulk Hogan impression in anticipation of a cheesy arm-wrestling photo op with the WWE superstar.

So it pains me to admit that I’d never before heard of Michelle Ould or the other MMA fighters in this next story.