Lessons From an Old Soldier 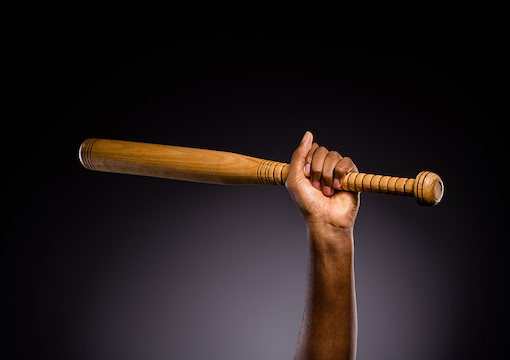 White people everywhere, including my own children, are being encouraged, in some cases compelled, to acknowledge guilt for the cardinal crime of being born white. An entire generation has been taught, nay, indoctrinated, to understand and believe that Europeans have done almost nothing throughout history other than kill, plunder, and enslave. As a result, we are told, the perceived wealth and comfort accruing to this particular ethnic group has been acquired illicitly and must be returned to whomsoever the PC “Taliban” along with the mainstream media and gutless politicians decide. We are then informed by our political and spiritual leaders that only by groveling on our knees, admitting our sins and those of our ancestors, and begging forgiveness can there be healing leading to a brighter, fairer future.

On the back of this sentiment, I watch American cities burn as BLM (Black Lives Matter) mobs go berserk and an ugly presidential election is convulsed by allegations of racism and “white supremacy.” Across Europe and the U.K., tensions are rising as nationalist leaders grow their support base in the face of ever more strident demands from disgruntled immigrant populations that are failing to assimilate. The gruesome killings recently in France serve as a bloody reminder of this. In South Africa, after 26 years of ANC rule, with whites in all sectors trying to make amends for apartheid, racial tensions are high and violent conflict beckons.

All this leaves me feeling despondent, wondering what the answer is.

Looking at America, it seems massive efforts have been made since the end of the Civil War in 1865 to compensate for slavery. Trillions of dollars have been spent by successive administrations on education and a multitude of social programs to improve the lot of blacks. Affirmative-action initiatives that blatantly discriminate against whites have been implemented across the spectrum in the public and private sector. In 2008 white Americans in their millions elected a “man of color” to be their president in a massive show of interracial goodwill aimed at eliminating racial resentment and division.

“He explains very quietly but firmly that he was a simple soldier doing his patriotic duty.”

This seems to have made little difference. Barack Obama, who was effectively raised by compassionate, white grandparents and afforded preferential opportunities denied his white compatriots before rising to his country’s political pinnacle, remains an angry man. He has little or nothing to say about what Americans have done right, while urging the BLM mobs to continue their campaign to crush the system that created the most successful polity in history. America remains more divided than ever.

Across the Atlantic, if the direction of the migrant waves is any indicator, Britain might lay claim to being the best destination in Europe for BAMEs (Black and Minority Ethnics) seeking a better life. The native Britons are innately kind, caring people, and as taxpayers they are spending billions on efforts to make the country welcoming and comfortable to people in distress of non-British descent. (Whites fleeing persecution from Africa are viewed and treated differently.)

One notable beneficiary of this commendable benevolence is the British Home Secretary Mrs. Priti Patel. Her family fled Uganda after being expelled by President Idi Amin and found safety and security in England, where she has risen to being one of the most powerful people in the country thanks to an enabling and functional nonracial system that rewards success where it is due. This has not stopped her moaning about being victimized because of her Asian ancestry, and she has been voluble in chastising the British people for not doing enough for minorities.

Similarly, Diane Abbott, of Jamaican ancestry, rose to be shadow Home Secretary in Jeremy Corbyn’s Labour Party and was the beneficiary of systemic preferential discrimination throughout her rise to prominence. And yet, like Obama, this woman has little or nothing good to say about Britain but appears never lost for words when criticizing it. She has welcomed the BLM protests and the tearing down of statues, which she sees as fully justified. Britons, despite all the efforts to solve the problem, seem more polarized than ever, and the future appears set to be fraught with social discord.

It seems obvious: Steps taken to address these problems have failed. Searching for answers, I look closer to home, where I study with great interest the example set by my old friend Darrell Watt and his hosts in Zambia, where he has lived in the wilderness he loves for the past twenty years.

Arguably the greatest fighting soldier to emerge from the 12-year-long Rhodesian bush war that effectively pitted his new country against his old one in a bitter conflict, during which he wreaked havoc until told to stop by the politicians, he appears to offer some solutions.

Against the trend we witness today, he refuses to demean himself and stands proud of his provenance and his history; he asks to be judged upon what he is today and what value he can add to his new community; he explains very quietly but firmly that he was a simple soldier doing his patriotic duty. And, to the great credit of the Zambian people, from the poorest to the most powerful in the land, they have embraced their former foe and made him one of their own. As a citizen and officially appointed Tribal Headman, he has found peace of mind, contentment, and fulfillment among the people against whom he once fought. In return, he has devoted the rest of his life to helping them while trying to save the wildlife that can generate the revenue to lift their lives.

Darrell never went down on bended knee, and the damage caused in a racially charged war has been repaired, the divide crossed, and goodwill abounds.