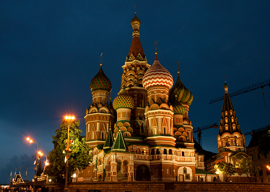 Over the past few months, alleged Russian hackers have revealed that the Clinton camp defrauded the Democratic primary, sold access to the executive branch to state sponsors of terrorism, transmitted classified information over unsecured channels, colluded with the DOJ to undermine a federal investigation, and actively funded groups whose express purpose is to pervert the doctrines of the Catholic Church.

If “alleged Russian hackers” is the most problematic part of that statement for you, you”re part of the problem.

Let’s be more specific: The woman who may well be the next POTUS is engaging in a campaign to manipulate her country’s democratic, legal, and religious institutions, and that apparently doesn”t bother you people so much as the fact that Russia engages in espionage. Which isn”t exactly a Book of Mormon-tier revelation. It’s no secret that countries spy on one another. And this should surprise the U.S. least of all, considering the NSA was caught tapping the German Chancellery as late as 2015. If that’s how the U.S. treats its closest allies, why should we be surprised to find Kremlin cyberspies snooping around Hillary Clinton’s private email server, which by all accounts is about as secure as Tom Cruise’s sexuality?

“Twenty-five years after the Cold War’s anticlimax, we still assume Russia and its leaders are capable of nothing but evil.”

Look, the usual caveats apply. Putin’s bad news, the Russian government leaves much to be desired, etc. But it should be obvious by now that if these hackers hailed from literally anywhere else in the world”Iran, China, French Polynesia, whatever”we”d hardly bat an eye. We wouldn”t be shocked that other countries don”t resist the temptation to flip through classified reports when the Secretary of State leaves them sitting on her windowsill like a fresh blueberry pie. Yet because it’s Russia, and Putin’s Russia specifically, Clinton thinks she can rally public support for shooting the messenger.

And she may well be right. This goes to the heart of our insane, enduring Russophobia. Twenty-five years after the Cold War’s anticlimax, we still assume Russia and its leaders are capable of nothing but evil. Clinton has repeatedly claimed that Trump’s enthusiasm for a Russo-American alliance against ISIS is tantamount to supporting Putin, going so far as to call her opponent a Kremlin “puppet” in the final debate. I remember, in the heady days of the Bush Administration, accusing antiwar Democrat friends of implicitly aiding al-Qaeda. They didn”t back down, and were ultimately vindicated: It turns out bin Laden found refuge with our ally [sic] Pakistan, and Saddam didn”t have nuclear weapons. Yet apparently this is another slice of cheese altogether. It’s one thing to be accused of sympathizing with terrorists”but sympathizing with Russia? Say it ain”t so, Donny!

Happily, this caricature of the menacing Russian is rapidly losing traction. A December 2014 Gallup poll found Putin to be the tenth-most-admired person in the United States, statistically tying with Bill Gates and Stephen Hawking. And a survey conducted in May by The Wall Street Journal and NBC News found that Putin was more popular”or, rather, less unpopular”than both presidential nominees: 38 percent of respondents claimed to have a “very negative” view of the Russian president, vis-Ã -vis 41 percent for Clinton and 44 percent for Trump. Despite the best efforts of scaremongering elites like Hilldawg, the American people aren”t falling for that fur-hatted, vodka-sipping straw man anymore.

But it’s not just the American people who are warming up to old Vlad. Despite the best efforts of Western elites, those pro-Russian regimes we keep trying to overthrow actually draw huge support from the people they govern. This time last year, the respected French daily Le Figaro showed that 70 percent of Syrians supported Assad; another Gallup poll taken seven months earlier found that 84 percent of Crimeans favored the Russian annexation. Now, you and I might disagree with those opinions. We might not find the idea of living under Putin’s thumb exactly appealing. But, frankly, who cares what we think?