Let the Swedes Be Swedish 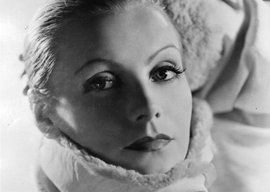 Some of our readers may be aware that the sainted editor’s wife of The Spectator is Swedish—and she has a sister—but I swear on the Koran that my story has nothing to do with it. In The Spectator only two weeks ago, the Sainted One wrote about how the Swedes bucked recession by lowering taxes. What I will tell you is about the fun I’ve had with that country’s hyperborean beauties, starting with my first great love, Kerin, wife of a great tennis player of the late 50s. We were all touring together, and as he would compete all week and I’d be out of the tournament by Tuesday or Wednesday, Kerin and I spent a lot of time together—so much that people talked. Although Kerin refused to sleep with me—she was on her honeymoon when she joined the tour—we’d sit watching her hubby play, but all she did was look at me. It drove me nuts, and the Indian players used to have a cheap laugh about it. I told her that I felt like Charles XII, known as a great king but the one who lost the whole kit and caboodle to the Russians. She just kept looking deeply into my eyes.

Her hubby never let on except when I played him in Lausanne in the summer of ’59. I think I won one game and was lucky to get that. He was very good-looking, a great player, and he loved her but never spoke more than a few words to her. He retired the next year or so, and I never saw her again. Thirty years later at a reunion, my Indian and South American tennis buddies refused to believe that the affair was innocent.

The next one wasn’t. Her name was Kiki, and she was the prettiest girl in the Côte d’Azur in the summer of 1958-59. I was so disgusted with my tennis playing and Kerin’s reluctance to make it illegal, I quit the circuit and went to the Riviera in mid-July, where I joined the fast set for some badly needed recreation. Kiki and I hit it off and moved in together in the Hotel du Cap’s cheapest room. She was so stunning, the invites came fast and furiously. Even Gianni Agnelli tried giving her a whirl, but it was a no-go. Kiki loved only Taki. We were poor but in love and slept in a tiny bed over the hotel’s garages where the owner had given me a room for next to nothing. While I practiced in the afternoon, Kiki watched my best friend Zographos play backgammon for large stakes with one of the most disgusting men to ever throw dice, Edgar Ausnit.

Sweden is a great country that has made one great mistake: She was too tolerant of foreigners, and now they threaten her way of life.

One evening while Kiki was having a shower, I went looking for a match, opened her handbag, and a fortune in French francs fell out. When I asked her where it came from, she blushed and said it came from home but then reluctantly admitted that it was a present from…the world’s ugliest man, Monsieur Ausnit. When I demanded explanations from Zographos, he began to stammer, said he had a funeral to attend, and left the hotel. I suddenly realized I had been cuckolded by a ninety-year-old, and a very ugly one at that. It ended the affair. I returned to playing tennis rather brokenheartedly.

Ten years later came Helen: even prettier than Kiki, 16 as opposed to Kiki’s 19, and a model. We took trips together, and I taught her to be right-wing and all about Vietnam. In Cyprus one night while I was interviewing a politician, a friend told her about a beautiful Swedish sailing boat for sale up in Stockholm. I dropped the pol, flew with her to Sweden, and bought the first Bushido on sight. It belonged to the great Wallenberg family, and she was the most beautiful of all my boats. Helen went on to marry a rich man as Kiki had done. Both girls ended up very well-off, unlike the first Bushido, which now plies the seas as a rental between the Greek isles.

Which brings me to my story’s point. A very haggard old bag, The New York Times, recently criticized Sweden for a “xenophobic anti-immigrant party” which won 20 seats in the 349-seat parliament. The old hag insisted that the Swedes must do better, grant more asylum, and not “force-feed Swedish culture.” In other words, the Swedes, with the world’s highest standard of living and most beautiful women—even if they betray Taki—should revert to hiding their faces and live off benefits. “Keeping immigrants out is no answer,” thundered the old bag. The irony is that those who wrote this rubbish live in New York buildings that wouldn’t allow Arab immigrants to hang about the premises or even on the sidewalk outside. They are the worst hypocrites and phonies imaginable, yet they daily preach to the rest of us how we should live. Sweden is a great country that has made one great mistake: She was too tolerant of foreigners, and now they threaten her way of life.

As one who has suffered from but has forgiven Swedes, I am uniquely qualified to give advice: Throw the bums out and continue to produce beautiful women who torture poor little Taki.