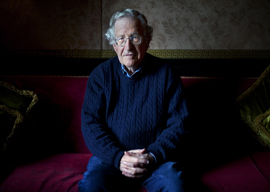 (with apologies to James Agee, author of Let Us Now Praise Famous Men, 1941)

In Paris at the Shakespeare and Company bookshop the other night, a ninety-three-year old man delivered a lecture on resistance. Reflecting on his near-death in a German concentration camp, he told us that he wrote down a Shakespeare sonnet that he hid inside his clothes. He hoped that if he were killed, his body might one day be found and the sonnet sent to his wife. He then declaimed the seventy-first sonnet from memory:

No longer mourn for me when I am dead
Then you shall hear the surly sullen bell
Give warning to the world that I am fled
From this vile world, with vilest worms to dwell:
Nay, if you read this line, remember not
The hand that writ it; for I love you so
That I in your sweet thoughts would be forgot
If thinking on me then should make you woe.
O, if, I say, you look upon this verse
When I perhaps compounded am with clay,
Do not so much as my poor name rehearse.
But let your love even with my life decay,
Lest the wise world should look into your moan
And mock you with me after I am gone.

It is impressive to remember all the words of a sonnet committed to memory at school more than seventy years ago”even more so when it’s in your third language. This gentleman, StÃ©phane Hessel, belongs to an era that has passed. (His most recent book has sold almost two million copies in France, and I have just published it in English as Time for Outrage! under my new imprint. Not bad to become a best-selling author at 93.) A generation of Googlers, podcasters, video gamers, and television viewers will be unlikely to mourn the passing of people like StÃ©phane Hessel because most of them do not know such erudition and style ever existed.

“Modern culture does not nurture the intellects and spirits of men like Hessel, Weiss, and Chomsky.”

When I think of the educated, artistic, and fascinating people in my life, they are almost all older than I am. And I am not all that young. Among them was the great Krikor Mazloumian, who owned and ran the Baron’s Hotel in Aleppo, Syria. Mazloumian always dressed impeccably in a tailored suit. Rare was the language he did not speak fluently. Some Austrian friends told me his German was better and more refined than theirs. Armenian, Turkish, Arabic, English, and French flowed from his lips as naturally as lies from a politician. His family founded the Baron’s in 1909, and he was lucky to survive the Turkish genocide of the Armenians a few years later. He used to regale me over bottles of Armenian brandy with long tales of the hotel’s famous guests, among them Lawrence of Arabia, Prince Feisal of the Hejaz, Agatha Christie, Charles de Gaulle, and Egypt’s Gamal Abdel Nasser. Mazloumian had a fondness for poetry, which he could recite at will in whatever language he felt like.

Another savant was the actor and singer Theo Bikel, born in Vienna in 1924 and an old friend of my mother. Although I have not seen him since my mother died when I was sixteen, I remember him singing ancient folksongs in his five languages. He knew about art and politics, although on the latter he and my mother agreed to disagree.