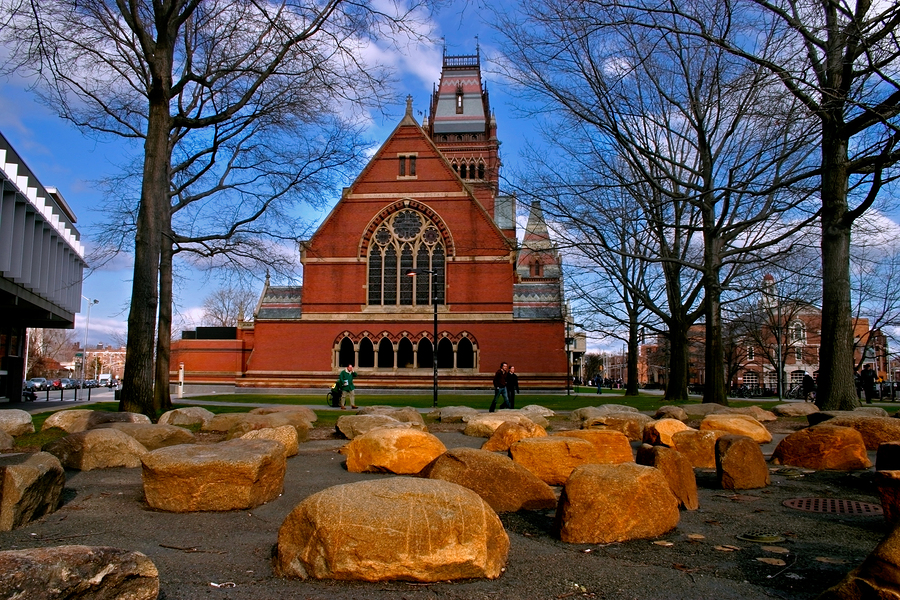 NEW YORK—Liberty University in Lynchburg, Virginia, was founded by a minister in order to train other ministers.

The difference is that Harvard and Princeton are both listed on all the “best universities in the world” rankings, and Liberty always has an asterisk next to its name.

And I understand the reason why. As the definition of “university” expanded over the past four centuries, we decided that it should be all about academic freedom, inclusion, open-mindedness, and a willingness to look out into the world and study everything—not just the limited concerns of the founders.

And so Liberty has this one big problem: It’s segregated. It’s not segregated by race, but it is segregated by religious belief. If you’re not an evangelical Christian, you probably shouldn’t go there. It’s got everything universities are supposed to have—17 colleges, a medical school, a law school, a business school, an engineering school—and it does basic research and offers master’s degrees and doctorates. The Liberty Flames play Division I NCAA sports. But they also have a course in “young Earth creationism” as well as a “code of conduct” similar to the ones at military schools, so we can assume that atheists won’t fit in and Darwinists won’t fit in and…well, a lot of people won’t fit in.

And so I get why the guys who compile the “best universities” lists tend to downplay its importance or place it in subcategories like “regional” or “specialized.”

What I don’t get is why they don’t do the same thing to, say, Clark University in Worcester, Massachusetts. Clark is a liberal arts school where incoming students are indoctrinated to detect and understand their unconscious “microaggressions” (implying that they’re all racist or sexist in one way or another) and given trigger warnings and safe spaces and all the other protections of Generation Snowflake. In other words, they’re required to “attend chapel”—it’s just a different kind of chapel.

“If we want to get really fancy, we can even add a Hypocrisy Algorithm.”

To quote The New York Times, which chronicled the standard instructions at the Clark orientation program:

Don’t ask an Asian student you don’t know for help on your math homework or randomly ask a black student if he plays basketball. Both questions make assumptions based on stereotypes. And don’t say “you guys.” It could be interpreted as leaving out women, said [the chief diversity officer], who realized it was offensive only when someone confronted her for saying it during a presentation.

Of course, as soon as she was confronted during a presentation, the chief diversity officer asked to be absolved of her original sin (not being able to speak precisely enough to avoid all offense at all times) and so altered herself to make sure she was Clark material. She’s giving her conversion testimony.

So Clark, like Liberty, is segregated. It’s not segregated by race, or religion, it’s segregated by a belief in the fallenness of all mankind—excuse me, humankind—in the form of ingrained bias and prejudice. If you don’t believe this—if you’re a member of the Young Republicans and don’t see color or gender as legitimate ways of separating people—then you don’t belong at Clark. Clark should have an asterisk by its name because it’s exclusive, not inclusive. It has a doctrine that rules out certain people and, undoubtedly, certain campus speakers.

So I’m going to make a proposal for a simple and effective way to upend the various anti-free-speech movements currently afoot on university campi:

Incorporate “doctrinal exclusion” into the algorithm for rating universities.

For example, the Times Higher Education World University Rankings are based on thirteen “performance indicators,” but 50% of those are derived from surveys (what professors at other schools think), and 30% of them are simply search-engine analysis (how many articles are published, how many are cited by other articles, etc.). So you would simply add a fourteenth indicator based on two factors:

(1) A survey of what tenured faculty believe about the school’s openness to controversial points of view. (Is censorship going on? Are they tolerant of unpopular schools of thought? Does the administration react in a knee-jerk way when students protest?)

(2) A search-engine analysis of how many times the university responds to free speech with disciplinary action, forces a student or faculty member to resign or leave, or blackballs a speaker.

*Albright College suspending a student for wearing blackface in a YouTube video that had nothing to do with her performance at the school.

*Dartmouth outlawing the use of the term “illegal alien.”

*Princeton banning the use of “man” and “woman” in school documents.

*Brandeis taking back the honorary degree of Ayaan Hirsi Ali.

*Smith College forcing Christine Lagarde to withdraw from an appearance (because, among other things, she is “patriarchal”!).

*Yale forcing a teacher to resign because she said the wrong thing about Halloween costumes.

*Wesleyan University threatening the funding of the student newspaper because a columnist criticizes Black Lives Matter.

*Bowdoin disciplining students for wearing sombreros to a party.

*LSU firing a tenured professor for saying that the longer two people are in a relationship, the worse the sex gets.

*Hampshire College removing the American flag because it’s a symbol of hatred.