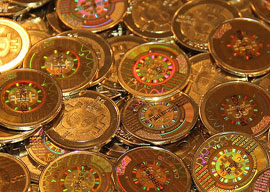 It’s late, and I”m half-watching Hobo With a Shotgun on the widescreen while I write. The feeling is, it’s getting late. My working hours are 11PM-5AM. My waking hours are also late”noon and onwards. We, the international community, are late to react to chemical weapons in Syria.

Yes, Putin played us like a puppy. By the way, is it me, or is Vladimir looking more and more handsome in his Dr. Zhivago hat? Those cool blue eyes: cold as water below a hole in the ice. He’s seen to fish, to hunt”always big prey”but do you believe it? It’s a smokescreen. I have it on good authority that there may be more than one Putin. Kind of like The Matrix. Possibly as many as three Putins, all dead ringers close up. Three have been snapped on digital photo, at the same time, in three different places. I like the conceit, but I think Putin simply knows how to work the time zones to his advantage. This is one man who is never late. Learn, kiddo.

The capital markets are booming”single-day records were reached this week. All asset classes are up, from equities to gold”all of them. Only bonds are down. Fed chairman Ben Bernanke surprised the world with another month’s delay on tapering off the pace of QE”he’s so late, many of us have forgotten what a normal economy looks like. I”m all for it. Yet credit cards and short-term loans are being hoovered up by the British public, who are thirty years behind America in discovering the beauty and pain of the “payday loan.” The Internet has removed the dirty-raincoat image of the payday lender’s store, which was never quite a destination retail venue. Now everyone’s Googling “rapid cash today.”

Now the payday shark has become a destination, at least online. The Brits are bathing in credit cards with advance cash offers, with small-printed interest accruing at 1,950% APR for the luckier borrower. I saw an offer for a 2,600% APR card. It seems we think we”re back to the risk-off world of yesteryear, when stock markets were always climbing, the NASDAQ breaking new highs daily”only this time the recovery is driven by spurious forces such as QE or usurious “loans for bad credit”; the latter market’s exploding, and what does it tell us? People are broke. Cash is back on tap, splashing life into the economy, but not from the banks. It’s a financial novelty piece: Give us your future earnings and we”ll give you £1,500 now. Yes, we will employ known thugs to collect on defaults. My street-savvy advice: Live in an apartment building, not a house”they can”t legally enter a private building, so they won”t even get near knocking on your door.

“Who would have thought two old-school Ivy Leaguers would settle on an underground currency in their search for prize assets?”

In reality, we”re not flush with cash. The banks are as reluctant to help house buyers with mortgages as they ever were, at least in the UK. Consumer debt and consequently the prospect of massive consumer-debt default may dampen a corporate recovery, when and if it happens. In the golden years we enjoyed endless credit at incredibly competitive rates. (0% for three years!) Now there’s little long-term credit available to the non-oligarchs among us.

Why do I care about this? I know that it makes me uneasy. Can you moralize the flow of capital at all in an open market? No, I believe. Is there a disconnect between generations when it comes to capital and commerce? Yes. Will we retire without pensions? I plan on it, friendo. It keeps you from getting old.

What am I getting at? What’s the “arc” of this story, as we say? Good question. What is the point of these messages? Why am I sitting here at 4AM, musing on the economy, puffing on Pueblo cigarettes and necking green tea and Gabapentin 300MG capsules (for my frozen neck)? I don”t know the answer this second, but I”m getting closer. There’s a method to this madness, trust me. Where’s the arc? You tell me! The arc is: the American Dream. It’s the vaunted return to a boom time. It is…a necessary fiction that makes things tick? I”m trying to read the coffee grains.

Will we in the US be lucky enough yet again, in the 21st century, to enjoy the “exorbitant privilege” that comes with being the world’s numero-uno hegemony? Is there a higher point to these messages? I can”t think of one. Then again, I”m not writing postcards here. No. (Thinks)….

An overarching malaise drives me to write. A wonder about whether or not the “old normal””exponential economic growth”will ever return. The happy days I grew up in. The 80s, 90s, most of the “00s. Now, post-crisis, fragments of the world are more, not less, Balkanized (see Greece). Most of Europe is in stasis. The Romanian and Albanian Mafia are running the whole continent, it seems. Yet here in the US, it’s never been a better time to be a farmer or agribusinessman, and we don”t need to talk about the divine gift (to our wallets) that is fracking. Just like the old days, a lot of people are going to make money, and some of them overnight.

There is social hatred in Brazil, despite its growing middle class. Weird happenings going down in Siberia”where Vice TV reported on the North Korean slave laborers hacking at the frozen ground to procure some commodity or other for the Russians. “North Korea [is] outsourcing its labor force to work in Siberia as a way to generate much needed hard currency for Kim Jong-il’s [now -un’s] cash-strapped regime,” journalist Simon Ostrovsky revealed. A dictator selling his people for cash! Meanwhile, Dennis Rodman visits the supreme leader a couple of weeks after Kim Jong-un had his ex-girlfriend executed along with nine other well-known North Korean performers.

I”ll tell you what I”m really getting at in these messages next time after I”ve received a newsflash. For now, I dunno…

Yes, I do. I”m all over it. 52% of my expenditures in the last month were bitcoin-denominated; mostly for consumables, the rest just holding money. Do you doubt it has value, think it’s a fad? I understand why.

However, the Winklevoss twins”the very same rowing stiffs from the Facebook movie”announced months ago that they had amassed a holding of 1% of bitcoin’s total currency. Appearing uncannily like in the movie”great marketing, placing them in cultural lore”the Winklevoss twins this week confirmed their plan to float an exchange-traded fund to buy bitcoins.