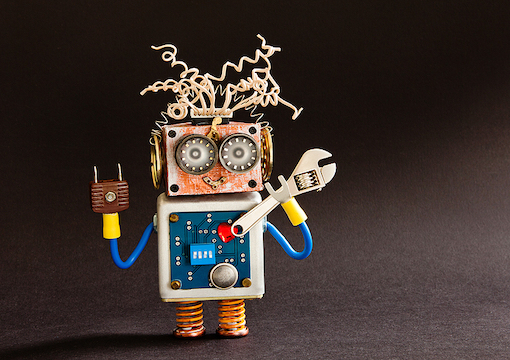 I would like to think that nothing human is alien to me (as the Roman playwright and former slave Terence put it), but it is not quite true. I draw the line, for example, at rap music, which always puts me in mind of experiments I witnessed during physiology classes fifty years ago, in which electrodes were placed in the amygdala of cats and stimulation of which caused a reaction of insensate and undirected rage (in the cat). To change the analogy slightly, rap music is the noise that hornets, if they could vociferate, would make when their nest was disturbed.

However, if some things human are alien to me, most are not, and talking to people who do jobs that one knows nothing of is a very good way of learning about the range of human nature.

Insurance loss adjusters, for example, are windows on human dishonesty. Most insurance claims, of course, are fraudulent in detail if not in outline. Who can resist over-egging the pudding—if I may be allowed yet another metaphor or analogy (I am not quite sure which).

Once, some antique jewelry was stolen from my wife’s suitcase, I think in Frankfurt Airport. No doubt it was our fault for having put it there in the first place, but that did not affect the claim. A loss adjuster came to interview me at the hospital in which I worked. My answers to his questions were precisely those that I had given on the document of claim (which, incidentally, were completely honest).

“I hope you don’t mind me saying so,” I said to him when he said that he had finished and was readying to depart, “but I don’t see what was the point of all this, since my answers were exactly those I had given on the form.”

“Ah,” he replied, “my job was to estimate whether you were an honest man.”

Then we chatted for a time about the million and one ways men were dishonest. What a wonderful job he had, going round assessing the honesty of claimants and giving them the thumbs-up or thumbs-down like a Roman emperor in the amphitheater!

“Malignity for its own sake, for the pleasure of doing someone down, is well within my experience of others.”

Of course, there is nothing like making an honest claim to discover how dishonest insurance companies are. In this case, the company, having decided that my claim was honest, offered me and my wife cheap and nasty modern jewelry, allegedly to the value of my claim, with whom the supplier obviously had come to some lucrative arrangement. Naturally, I rejected this offer, but had a fight to obtain either jewelry of the same age and type as that stolen, or the cash to buy such. I won, but I am sure that the company swindled many people in the way it tried to swindle me.

Whenever anyone talks of a dialectical relationship, then, I think of insurance companies and their clients. Which or who are the more dishonest? Their relationship is perfectly dialectical.

Today I spoke to the man who came to install the electronic apparatus that will henceforth read my electricity and gas meter without the need of human intervention, and send the reading directly to the suppliers so that they might bill me.

The installer had been reading gas and electricity meters for thirty years. It had been his career. How dull! you might say—but I do not think so. In thirty years what scenes he must have witnessed, what a variety of human beings he must have encountered!

When I offered him coffee, he accepted gratefully and said that he did not often get the chance to have coffee while he was working. I was surprised; surely people offered him a drink when he worked? No, he said, not many did. An interesting question, then, as to why not. Sheer meanness, perhaps, the feeling that he was only doing his paid job and was therefore owed nothing? Or perhaps snobbery, the feeling that, as he had come to perform a service, he was therefore of a lower order of beings from the people for whom he performed the service.

Our conversation led to another interesting discovery—discovery for me, that is. He said that one of the problems of drinking coffee was that it was a diuretic and would lead in due course to the need to urinate. And during the COVID epidemic, all public conveniences had been locked up.

“Well,” I said, “luckily for you, your area is a rural one. You can just use the hedgerows.”

“But that’s preposterous,” I said. “It would be obvious why you are standing at a hedge.”

“Yes,” he said, “but there are some people who, if they saw me, would report me.” And of course, his van with the name of his company emblazoned on it would make him easily traceable.

“Not many, but a few. Enough to make it risky for us.”

I have spent practically the whole of my professional life investigating the dark recesses of the human mind, but I did not imagine the existence of such malign triviality, or trivial malignity, as this. It is the very triviality of it that appalls.

How could anyone truly imagine that a workman relieving himself at a hedgerow in a deserted country lane was trying to expose himself? To whom? The mice, the weasels, and the magpies? This is surely a manifestation of what Coleridge, with mistaken reference to Iago in Othello, called “motiveless malignity,” that is to say malignity for the sheer pleasure of being malign. (The motive of Iago’s malignity is obvious.)

Perhaps I should not really have been surprised. Malignity for its own sake, for the pleasure of doing someone down, is well within my experience of others. I once had a nurse working under my direction whose greatest, perhaps only, pleasure was the unjustified destruction of the reputation of everyone around her, and if possible their careers. And what, after all, is our pleasure in gossip except an attenuated form of motiveless malignity? When we gossip, it is not usually to praise people but to malign them, though we disguise the pleasure we take in doing so by protestations of reprehension and moral purpose.

But talking to the fitter of the apparatus was not a waste of time. As Dr Johnson told us, we need more often to be reminded than informed.