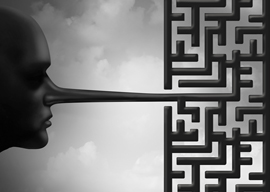 The first writer of supposedly classic status whom I ever read was W.W. Jacobs. He is not accorded that status now, and indeed is very largely forgotten (a warning to all writers complacent in their success). At about the age of 10, I read—or was made to read—his short story, the one by which, insofar as he is known at all, he is still known today, “The Monkey’s Paw.”

This story was deemed by my teachers to be both improving, in the sense, I imagine, that little boys who had read it were supposed in some way to be better than little boys who hadn’t, and entertaining, in that it was mildly frightening, and little boys like nothing better than to be frightened. It was an implicit warning against the view, universal among small boys, that getting what you wanted was the key to happiness.

Picking up a volume of stories by Jacobs the other day, published in 1914, I was immediately struck by the modernity of its first story, “Back to Back.” Perhaps this is the wrong way to put it; after all, Jacobs preceded us, so I should have been struck not by his modernity, but by our failure to have changed. There is a parochialism in time as well as in geographical location, all the more insidious for being the harder to recognize.

“At least Jacobs’ protagonist knew what he was doing and was almost honest in his dishonesty.”

“Back to Back” is the story of a working-class man who is a passenger on a train involved in a very minor accident. Having, as we later learn, read of an account in the newspaper of a man who had received a large sum of money in compensation for an injured back occasioned by a railway accident, he feigns, or perhaps three-quarters feigns, a similar injury himself. He is brought home unable to walk and retires to bed, where he resolves to stay until he is paid compensation by the railway company.

A representative of the railway company visits him and offers him forty pounds—a considerable sum in those days—to settle the matter. “I don’t say that one or two people didn’t receive a little bit of a shock to their nerves,” he says. “One lady even stayed in bed next day. However, I made it all right with them. The company is very generous and, although, of course, there is no legal obligation, they made several of them a present of a few pounds so that they could go away for a little change, or anything of that sort, to quiet their nerves.”

The accident—in which two trains collided gently, more like “a kiss” than a clash—could not have caused any real injury: but Mr. Scutts, the protagonist of the story, holds out for more compensation. Unfortunately, he soon grows tired of confinement to bed and steps out for relief of boredom to the pub. While he is out, another representative of the railway company comes to the house to examine him with a view to determining compensation. The quick-thinking Mrs. Scutts runs to a neighbor and induces him to impersonate her husband in bed.

There are two notable features of this story, apart from its ingenious plot. The first is the author’s kindhearted amusement at the conduct of his characters. It is not that he fails to recognize the fraud as being such; the whole story, in fact, depends on that recognition. Rather, he takes an affectionate view of the human foibles of his characters, a view that seems to me genuinely good-natured and very far from the kind of abstract, almost adamantine sympathy for humanity that is common among intellectuals.