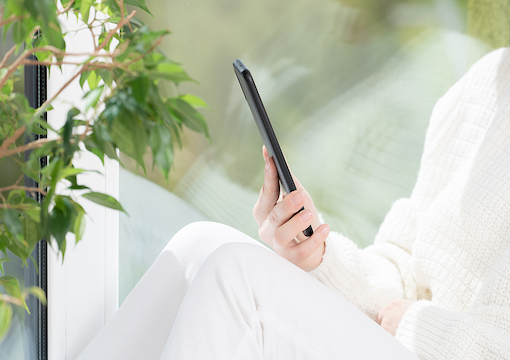 GSTAAD—Living my life in person is not a redundancy of expression, but it actually means living without social media. Why have I chosen the unplugged life? That’s an easy one to answer, but first a little history: I think I was the last one to switch to writing on a word processor when I founded the precursor of Takimag as an insert in a New York weekly called Taki’s Top Drawer. The Bagel weekly was the N.Y. Press, and it was run by two of the best Americans in general and writers in particular I ever met, Russ Smith and John Strausbaugh. They cultivated and produced very good writers who made it big later in their lives. The editors’ only defect was that they did not accept typed copy delivered by fax. I had to learn to write on a computer. This happened sometime during the ’90s. My faithful secretary/friend Fiona Ward Jackson first showed me the ropes, then stood over me for days on end, and finally typed out the instructions: Hit the letter A, then the letter C, after that go to Safari and hit the letter V, then hit send. It took about a month, but I sort of got the hang of it and wrote four columns per week using that system. And that’s the last thing I ever learned considering the plugged life. I own a mobile telephone in order to be in touch when afloat, but do not ever use it when a standard telephone is around. Recently the wife sent me some pictures on my mobile of my two angelic blond grandchildren, aged 2 and 3, frolicking naked on the beach, and when I went to a Bagel Apple store to learn how to open it, the man gave me a dirty look. I told him he had a filthy mind and who the two seraphs were, but he looked unconvinced. But what did I expect in the Bagel, a place where sexual miscreants vastly outnumber normal folk?

Never mind. I’m probably the happiest man around because of my refusal to be plugged in, free as the proverbial bird to listen to nature, and to notice things while the moronic slaves around me remain locked into the idiot contraptions that rule their lives. Self-liberation from social media and technology will one day be deemed far more important than the French and American Revolutions. (How can anyone in their right minds compare an ogre slave driver like Zuckerberg to sweet Louis XVI or cuddly Cornwallis and the Howe brothers?)

“I’m probably the happiest man around because of my refusal to be plugged in.”

Seriously, whereas once upon a time you used your thumbs in order to twiddle them and signal some bore to get off it, they have now become the two most important, digitally speaking, fingers in one’s panoply. In my case, Pugs members text me all the time, but the traffic is strictly one-way. Bob Geldof tried to show me last summer what an app was, and between a torrent of F-this and F-that and you effing Greek idiot, I learned absolutely nothing, nor have I ever texted back. Prince Pavlos took my mobile and did something to it so that I receive nonstop messages from Pugs members, but yet again it is all one-way, everything coming in and nothing going out. I love it.

Smartphones and other contraptions have completely consumed everyone I know who is younger than 60 years of age. Technology designed to entertain squelches memory and captivates the senses. Walking into my drawing room here in the chalet last week, it felt like being in a forward bunker directing air strikes on enemy lines. One grandson had on earphones and was glued to a telephone, while his sister was also directing air strikes and looking at a computer. Neither of them heard my screams to get out of the house and climb a mountain. (There’s more snow indoors this season than outside.)

Alexandra uses something called Instagram, an app that permits only likes. And leaves out the vulgar, semiliterate putdowns and challenges issued on social media by cowardly lowlifes. Just think what those who are mentally impaired by excessive screen time are missing: reading books; going to a concert, the theatre, or an opera; discussing politics or culture with people who do not move their lips while reading; walking and seeing such things as beautiful buildings, trees, or migrating birds; beautiful young women with eyes glued to their phones; muggers approaching and about to relieve them of their mobiles.

As I said, unplugged life can be beautiful. I get my news from newspapers that I buy before breakfast in London and New York. I have papers delivered to me in Gstaad as the new rich cannot read anything on paper. I use an encyclopedia and my vast library for info. My brain is as clean and unspoiled as that of an infant, as conspirators, schemers, plotters, and other such scum-spreading haters of intolerance are kept out. Ah! That world of long ago, I am really enjoying it.