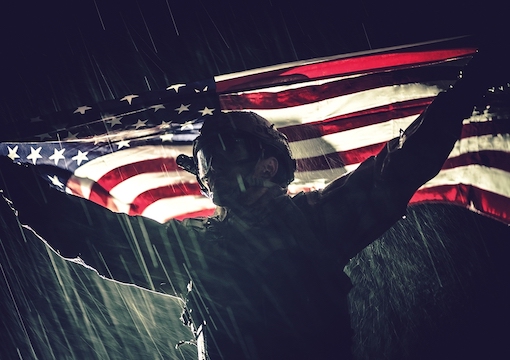 Amid the decline of religion and of traditional sources of value generally, the question arises as to what people shall live for. Judging by their reactions to events, the paltry answer, for many on the left, is sheer narcissism. From this perspective, the sacrosanct self, with its precious feelings, is now the arbiter of truth and of what is right or wrong for other people to do.

Hence, for example, the petty controversy concerning Jeanine Cummins’ new novel, American Dirt. Cummins’ is a story of a mother and her son who flee Mexico to pursue a better life in the U.S. Such a pursuit happens every day in real life, and this complex experience, and the circumstances that give rise to it, could be the stuff of fine fiction. But whether or not the book succeeds as fiction, the problem is that leftists insist on perceiving it in narcissistic, political terms. True, some leftist critics have argued that American Dirt is a literary failure, but the scandal of the book, its unforgivable sin, is that its author is a white woman. You see, these days in order to write about “undocumented immigrants,” you are supposed to be the right race. I do not know which race that is—would it be wrong for a black person or an Asian person to write Cummins’ novel?—but given all the angry accusations of “cultural appropriation,” I see that it is not white.

In his essay “The Enemies of Writing,” published in The Atlantic on Jan. 23, George Packer writes:

A friend of mine once heard from a New York publisher that his manuscript was unacceptable because it went against a “consensus” on the subject of race. The idea that publishers exist exactly to shatter a consensus, to provoke new thoughts, to make readers uncomfortable and even unhappy—this idea seemed to have gone dormant at the many houses where my friend’s manuscript was running into trouble. Fortunately, one editor remembered why he had gotten into publishing and summoned the courage to sign the book, which found its way to many readers. But the prevailing winds are blowing cold in the opposite direction. Incidents like this, minor but chilling, happen regularly in institutions whose core purpose is to say things well and truly. If an editorial assistant points out that a line in a draft article will probably detonate an explosion on social media, what is her supervisor going to do—risk the blowup, or kill the sentence? Probably the latter. The notion of keeping the sentence because of the risk, to defy the risk, to push the boundaries of free expression just a few millimeters further out—that notion now seems quaint. So the mob has the final edit.

For leftists, the intractable problem is that their idea of “consensus” derives not from anything objectively true or even reasoned, but rather from sheer feelings, which are not the same among persons and groups. Fundamentally narcissistic, the left is committed to an impossible project: trying to stay within the acceptable bounds of opinion and expression, indeed letting “the mob” have “the final edit,” even though such bounds and “the mob” have no objective standard or criterion.

What does all this mean for the right? For one thing, it is good news, for plainly the left is not a formidable enemy intellectually. The left prevails because it is ruthless, and if it is to win the cultural war, the right must be willing to fight back, and this includes having the intellectual principle it so often lacks.

“If it is to win the cultural war, the right must be willing to fight back.”

At its worst, this lack of principle consists of yielding to leftist premises, essentially conceding to the left an unearned victory. Take, for instance, the right’s touchiness about race. On Feb. 2, Yoram Hazony tweeted:

The return of race science to respectability in some academic circles is supposed to show how open-minded they are. In fact it’s been a disaster for academia, fueling hatred for science and putting a weapon in the hands of the social justice censors. Just awful in every way.

But as I tweeted in response,

This needless yielding to the left assumes, what is by no means evident, that “race science” is not respectable/valid. Moreover, insofar as people won’t consider racial differences in ability, interests, etc., they’ll insist that unequal outcomes necessarily entail discrimination, and try to use state power to “correct” those unequal outcomes. Nor is it clear, by Hazony’s lights, that research on sex differences shouldn’t be off the table, too. Anyway, the left also tells us that unequal outcomes between men and women are necessarily an effect of discrimination. What is to be gained from allowing the left to set the terms of the debate? The left seems to fear that moral worth might be determined by one’s IQ. Yet one needn’t share that strange premise.

For decades, Peter Brimelow has argued for the need to preserve what he calls “the Historic American Nation.” Brimelow’s position here, it’s important to understand, is cultural and probabilistic, not essentialist or deterministic. In other words, Brimelow doesn’t say anything so simple or crude as: “This group is N, so it will vote for such and such positions.” Rather, he points to enduring group voting patterns over time, and in view of those patterns, he concludes that, if the U.S. wants to have responsible, conservative policies, it should maintain a white racial majority. People are free to disagree with this, of course, but plainly there is nothing “racist” about it.

Still, Brimelow has long been ostracized by the right. Since he does not fit the official right’s “consensus” on race in politics, Brimelow was not welcome at last summer’s National Conservatism Conference, organized by Hazony, Rusty Reno (editor of First Things), and other gatekeepers. According to Sohrab Ahmari, Brimelow’s website VDARE is “utterly unacceptable” and “loathsome,” and opposing it is “a matter of conscience.” Now, this is a perfect example of Conservatism, Inc. accepting leftist dogma. As a simple matter of logic, it is clear that a person who thinks America should maintain a white racial majority is not for that reason a racist or hostile to nonwhite racial groups. Analogously, if the majority of people whom I invite to a party are Catholics, then it does not follow that I hate or am hostile to non-Catholics.

In his much-discussed essay “Against David French-ism,” published last May in First Things, Ahmari presents himself as taking a friend-enemy approach to politics. He rightly criticizes David French, finding that his responses to the increasingly aggressive left are quite inadequate. And yet, Ahmari himself is akin to French. Indeed, he is himself the functional opposition that he sees in the “conservative” advocate of drag queen story hour. For in typical leftist fashion, Ahmari makes Peter Brimelow out to be a bad guy, when in reality the older man was fighting the good fight in this country back when Ahmari, who is only 35, was still a boy. One would think that Ahmari might want Brimelow as an ally. But Ahmari takes the politically correct line on race, and as a result, his approach to “politics as war and enmity” is mere posturing. Nor should one expect anything besides functional opposition to come from First Things. Although the magazine has moved to the populist right, it remains the weak, careerist outlet it has always been, as can be seen from its recent politically correct smearing of Sam Francis.

People who don’t work in conservative journalism may not realize how very common it is for the right to simply hand the left a victory, to go down, as it were, without any sort of fight. Well, let me tell you a story. In May of 2018, I had an essay accepted by the website The Imaginative Conservative. The essay argued for the value of prejudice (in the Burkean sense of wisdom from the past) as opposed to that of “diversity.” It also made a case for cultural homogeneity. A few days after the essay was published, a silly fellow on Twitter claimed that I was calling for “discrimination” against blacks and other “victim groups.” He did not quote my words or provide any support for his hysterical interpretation. Nevertheless, in response to the complaint the website promptly removed the essay. Afterward, I looked into the Free Enterprise Institute, the nonprofit foundation that publishes The Imaginative Conservative. The Institute’s board of trustees includes Sen. Ted Cruz (mentioned by my critic in one of his illiterate tweets), Robert McNair (chairman emeritus, CEO of the Houston Texans), and other powerful and well-connected persons, whose contacts and connections probably account for the website’s funding. In general, money men are rather fearful of bad publicity, and it was just that fear, I think, that led The Imaginative Conservative to remove my essay.

But there is a terrible price to pay for such conformity—namely, living an inauthentic life and possibly losing the culture war. For make no mistake, achieving victory in this war depends on collective action. Some people, to be sure, may realize their individual interests by selling out the right (and America) to the perpetually aggrieved left. Any number of gatekeeping editors, for example, can maintain their cushy lifestyles by submitting to the left in the manner of Sohrab Ahmari and of The Imaginative Conservative. But though such persons are evidently quite willing to live lives without intellectual principle, it will take much greater character than theirs for the right to defeat the narcissistic left.