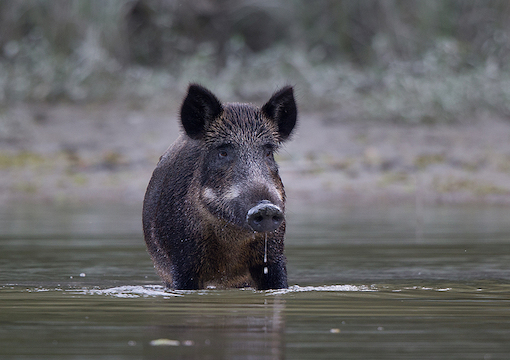 On Christmas Day I sat by the fire in my house in France and read a charming little book, Tea With Walter de la Mare, by Russell Brain, published in 1957. Walter de la Mare, who died age 83 in 1956, was a poet, novelist, and short-story writer who was once very famous and popular, but of whom I don’t suppose many people under the age of 60 have heard. Russell Brain was one of the most prominent neurologists of his day, whose textbook went through nine editions.

The very title evokes a long-lost world, for who would now bother, as Brain did, to conjure up the conversations he had at afternoon tea with an author? Who, indeed, recalls the genteel ritual of afternoon tea? But Brain defends what he calls tea-talk:

A tea-talk is by its nature limited in time; after dinner you can talk all through the night, if you like; but not after tea. A tea talk has something of the restrictions of an art-form, and the transience of mortality.

I was immersing myself in the refinements of their conversation—inter alia, Walter de la Mare wished that someone would write the most vulgar novel possible so that no one would then feel obliged to go beyond it—when I became aware of the distant yelping of a dog. It sounded to me like that of a dog that had lost its way and was calling for its master, so I left the tea table of my imagination and went looking for it.

About 300 yards from our house down a sloping meadow is a small river. On the far bank was a sight that horrified me.

The dog, a medium-size brown and white brindled mongrel, was not in the least distressed; rather he was excited. A companion dog, much larger than he, was in the process of killing quite a large wild boar by tearing at its neck, in which there was already a large crimson gash. The boar was larger, or at least heavier, than the dog, but did not have the tusks that so often tear open hunting dogs’ abdomens and make it a formidable foe.

The large dog was clearly getting the better of things, hanging on to and pulling with all its might at the open wound. Like a bloodthirsty spectator at a boxing match, who hopes for a really savage and perhaps even fatal denouement to a fight, the brindled dog ran round and round the scene, yelping excitedly, as if to encourage his companion. “Kill him, kill him!” the man next to me at the only professional boxing match I have ever attended screamed at a boxer who was clearly winning his fight, and I do not think that he spoke metaphorically: The dog reminded me of that episode a third of a century ago.

From time to time the brindled dog would rush up to the rear end of the struggling boar and try to bite it as his contribution to overcoming him, but the boar, still alive, would kick its rear leg in response and the dog would shy away and resume its rapid circumnavigations of the scene.

Between exhausted grunts, the boar squealed piteously. Should I intervene and save its life? I am no particular friend of wild boar, who come onto our land and wreck the garden unless well protected with wire mesh. Actually, the boar are mostly cochongliers, that is to say a cross between the domestic pig (cochon) and the true wild boar (sanglier), which hunters love because they reproduce much faster and therefore provide them with easy targets. In the desire for an easy prey, hunters and journalists are the same.

But much as I decry boar as a species, at least in relation to our attempts to create a garden, I could not but sympathize with this individual. How could one not? It was undergoing a kind of torture, a horrible slow death. As for the killer dog, it looked sleek and well-fed, and was not killing for food, but for the excitement and pleasure of the contest. I love dogs, but I did not love this dog.

I did nothing except watch, of course. At one point the boar slipped into the river, exhausted, but the dog dragged it back, so that it was now half in and half out of the water. The boar’s struggles became feebler and feebler, until they were reduced to an occasional twitch. It was clearly dying.

At this point the large dog stood back and surveyed his handiwork, if that is not to anthropomorphize absurdly. The brindled dog, now assured that the boar could offer no resistance and constituted no danger, took over the attack on its neck, suddenly becoming ferocious.

Was this fight not a metonym for a horrible political movement, founded by a megalomaniacal scoundrel, vicious but not devoid of courage, to be taken up when safe to do so by a baying multitude? The large dog was a kind of Lenin, while the smaller stood for all his followers and henchmen. No doubt one could easily think of other parallel cases.

The brindled dog ceased his yelping. The two dogs looked at me across the river, the larger one with (as I imagined it) an expression of triumph, pride, and challenge. It was a fait accompli, there was nothing I could do to reverse it.

I returned to Tea With Walter de la Mare. Two or three hours later, however, I went down to the river again to see what had become of the corpse. It was gone. I doubt that the dogs had dragged it off; perhaps someone had come to fetch it. Or perhaps the boar had not been dead after all, had recovered somewhat and limped off to die elsewhere, deep in the woods.

At any rate, there was no sign of it and no sign of the titanic struggle that had taken place there only shortly before. In these dismal times, I could not help but wonder whether this absence of any trace of what had happened there was not a metonym for our own lives. Do we not yelp and squeal and exult, as obsessed with our lives as the dogs and the boar, only to disappear without trace, all passion spent?