Life’s Too Short for Envy 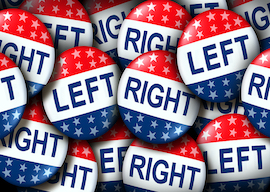 Here in Gstaad there is no worker alienation. Nor are the rich especially worried. The talk is about snow conditions, upcoming parties, the price of real estate, Brexit, and, of course, socialism, a disease that strikes those far away from this alpine resort, but has yet to infect any of the locals. I had a long chat with a friend of mine, born and bred up here, who makes his living teaching people how to ski and fixing their television sets after hours. “Don’t you ever mind when you see firsthand how plush the new chalets are, especially of those like myself who made it the old-fashioned way, by inheriting it?” Not a bit, was the answer, “life’s like a casino, some win and some lose.” Dan is obviously a philosopher, but he’s also Swiss. The Swiss mentality accepts that freedom often results in inequality, but freedom preempts equality on the agenda.

I often get plastered with Dan and talk about this subject, but also about women. He has an Arab girlfriend who is a ballbuster and very jealous. He seeks my advice on the fair sex and I seek his counsel on freedom and equality. The latter are ideals that are at present thrown about as if they’re one and the same. And in the microcosm that is Gstaad, it becomes very interesting: Equality is seen as the basis of their freedom, but in the old-fashioned meaning of equality. We are all free to choose our path in life, hence some win and some lose. Don’t try this argument anywhere near London or New York, I told Dan, you’ll get mugged and then some.

And then, at a chic dinner party chez Aliki Goulandris, I asked her son who lives in China if equality is the basis for a free society—in China, that is. He loves the place and answered truthfully. “The Communist Party believes in equality. We have more billionaires than the rest of the world put together, 400 million well-off, and 800 million poor.” I wrote these figures down in front of him and then had a strong drink.

“Meritocracy might be looked down upon in London and New York, but it holds many admirers over in this place.”

The irony is that the Swiss and Chinese, the Norwegians and Indians, all have disparities in their income, but only in communist and socialist countries is the disparity so enormous. But try telling this to media types, Hollywood characters, or other such left-wingers foaming at the mouth against capitalism. As the great Greek philosopher Taki once said while preaching to Athenians under the Acropolis, “Life’s a mean game, and everyone’s out for themselves.”

Living in a place like Gstaad, where no one protests the status quo and where the incoherence of constant information has a minimum effect, one tends to wonder whether we want things to be equal at the start or at the finish. It is a Hamlet-like question, but one thing is for sure: People in villages or small towns are not fixated on redistribution from the lucky few to the unlucky many. The redistribution game takes place in large cities with large racial minorities, where minorities are the majority, in fact. And say hello to the demagogue while you’re at it.

I’ve often asked locals who do manual work, like ski instructors, plumbers, or builders, if they’re dissatisfied with the system. I think only a taxi driver ever said yes, and he was a Serb. Locals work hard in order to feed themselves and their families and in order to enjoy freedom of speech and to vote. They view their citizenship in terms of duties and obligations rather than a free ride to riches. The latter does not exist but is dangled as a possibility by politicians to minorities. Envy, after all, is a very strong emotion and one the demagogue knows how to exploit. I only found out that Swiss farmers were subsidized to remain on their farms and not go looking for work in the cities twenty years ago, and guess who told me? Dennis Thatcher, who came annually to Gstaad during the summer, and with whom I became good friends, however infrequently we met. Sir Dennis called the Swiss government very wise to keep their cities small and their countryside peopled.

So, why are massive tax hikes (over 70 percent for the very rich) and socialist systems threatened in America and the U.K., with one black presidential candidate in the U.S. even proposing to give $2,000 annually to each minority child in the so-called land of opportunity? If I knew, I would tell you, but all I know is that here in Gstaad, neither the have-littles nor the haves are worried about it. I guess it all has to do with the smallness of the place, and how alienated people get in big cities. And, of course, the lack of uncompensated labor that brought about socialism in the first place. People are well paid for their labor over here, unlike in places like the Gulf or Saudi Arabia, where exploitation of foreigners is as blatant as the disregard for women’s rights. Meritocracy might be looked down upon in London and New York, but it holds many admirers over in this place. Next week I will tell you how a Spectator reader solved my ski-boot problem, and how another one wrote a wonderful book about Bruce Lee that includes yours truly. So don’t give up—it’s never too late for skiing or fame.