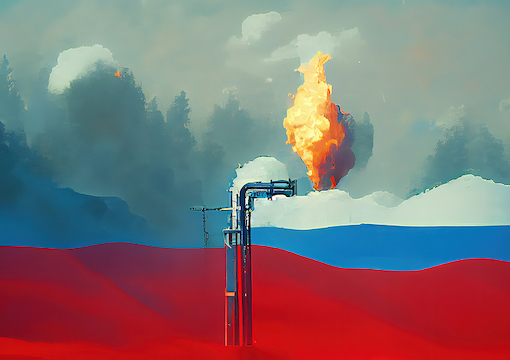 One London evening in 1914, just after Great Britain had declared war on Germany, British Foreign Secretary Sir Edward Grey was in his parliamentary office talking to a journalist. This is not always advisable for today’s politicians, but in those days statesmen from Westminster and hacks from Fleet Street took dinner at the same club, or at least within the same social set, and his confidant was John Alfred Spender, editor of the influential Westminster Gazette. “The lamps are going out all over Europe,” said Sir Edward mournfully. “We shall not see them lit again in our lifetime.” A quotable quote, certainly, as long as we bear one thing in mind: Sir Edward was speaking figuratively.

Almost a quarter of a century later, Winston Churchill updated the phrase during a speech broadcast in America just before World War II, saying that “the lights are going out” across Europe, and referring of course to the rise of Hitler. Once again, he spoke figuratively. Eighty years after that, a man who has been called “literally Hitler” made a speech to the United Nations. In that speech, Donald Trump was not being figurative when he informed delegates that following the German energy model of almost complete reliance on power supplied by Vladimir Putin’s Russia would be ruinous. The German delegation openly mocked him. This has turned out to be unwise, particularly when you are from the country that invented the word schadenfreude.

This winter it is increasingly likely the lights really will be going out across Europe. The cost of electricity to the consumer has suddenly become hyper-inflationary, with projections for the U.K.’s energy price cap climbing weekly and the French tariff going to over 1,000 euros per megawatt hour for the first time ever, with Germany’s rate not far behind. Unlike climate change, Covid science, or the niceties of critical race theory, utility bills are unquestionably real, and must be paid by a startled public, whether privately or via their businesses.

In Britain, it is estimated that 70 percent of pubs may have to close as their electric bills treble, while in Germany, ordinary people have taken to the forests to forage for wood. In Poland, long queues for coal don’t culminate at stores selling fuel but at the coal mines themselves, reminding older Poles of the dark ages of Communism. Even in traditionally frugal Switzerland, the government has suggested, in that quaint Swiss way, a “voluntary” 15 percent reduction in domestic power usage. It’s not hard to imagine a kitchen-table vote on that in every household in the Upper Engadine as the Swiss have a referendum about everything. (That’s not sarcasm, they really do.) E.U. Grand Pooh-Bah Ursula von der Leyen has followed suit, except her demands are “mandatory” peak-hour energy reductions, not voluntary.

As for E.U. sanctions on Russia, that has certainly taken the sail wind from Russian energy giants Gazprom, who posted a mere $41 billion profit in the past six months. While Europe is choked by inflation, Russian food prices are down, and where the British can expect an average 80 percent rise in fuel bills in the coming months, Russians face the minor inconvenience of a 10 percent rise. The Czechs have already had enough, protesting against the sanctions war in tens of thousands on the streets of Prague and denounced by their government as pro-Russian extremists rather than poor people about to get poorer because of a conflict that is not theirs.

Dutch artist Pieter Bruegel was known for painting ugly people in the 16th century, but the E.U. energy think-tank Bruegel issued a report in March that was looking a good deal uglier by April. That was when an E.U. package of sanctions against Russia was announced, including the halting of European coal imports from Putin’s Mordor. Given that Russia accounts for 70 percent of the E.U.’s thermal coal requirements, that was quite a roar from the E.U. lion. The legislation came into effect in August, and is not looking quite so fierce a creature now.

The four-month lag between April and August was apparently intended to allow still-sovereign states to organize their own alternative energy supplies, and those countries must feel entitled to point out that they thought that was what the E.U. was supposed to be doing with its net zero policies and green taxes. These now-desperate countries are not turning to fresh green alternatives in their hour of need, but, like a scavenger on a Dickensian rubbish tip, they are looking for coal, and not just from major suppliers such as the U.S. and Australia. Europeans are just discovering that Colombia exports coal as well as cocaine.

Obviously one man is to blame, Vladimir Putin, a man so Russian he claims his paternal grandfather worked as a chef for both Lenin and Stalin. He is now officially The World’s Most Evil Man®, but he may also be the world’s greatest tactician. When faced with NATO, who goaded Russia for years by persuading various countries to join their club contrary to Russian territorial wishes as well as pushing Ukraine to do the same, Putin didn’t threaten to put his finger on the nuclear button, he just kept his hand on the gas tap.

Nord Stream 1 might sound like a sleek missile or submarine, but it is the main gas pipeline from Russia to Europe, and although it is figurative to say that Putin could turn it off with the flick of a switch, it is absolutely literal to say that the ex-KGB man could start making the lights go out across Europe. Now that NATO is effectively funding and arming Ukraine’s war effort, Putin’s trigger finger has got a little itchy. Sorry, but your entire country’s gas supply suddenly seems to require a good deal of technical maintenance, please try again later. The shutoff has moved from three days to indefinite.

What will Russia do with all the oil it can’t sell? It certainly won’t stick to the pan for want of stirring, as they are “flaring” $10 million dollars’ worth a day off the coast of Finland as well as selling the surplus on to China, who then resell it to Europe at bumper prices. As Covid was an excuse for economic and social decline, now Putin is the go-to to deflect the blame for Europe’s financial profligacy, which started well before the Ukrainian war.

Just as Biden talks of a “Pooden tax,” so too France’s Emmanuel Macron, the ex-Rothschild placeman in his technocratic Versailles, blames the Russian president for a coming winter of mécontentement and talks of an end to the “age of abundance.” This is marginally accurate, as Vlad the inveigler has just turned off a portion of the French energy supply. But France is one of the few countries not to have shied away from nuclear power, which provides 70 percent of its requirements. Macron, however, inherited that. The end of abundance he predicts has less to do with Russian malfeasance and more to do with technocratic incompetence.

So sanctions seem to be hurting Europe more than Russia, and you would imagine incoming British prime minister Liz Truss would reconsider. Almost predictably, then, one of her first announcements after getting the green light from the Queen to form a government was to announce the redoubling of sanctions. This was calculated to rile the British people, whose taxes are going to Kiev, only marginally less than her predecessor Boris Johnson. He suggested that people buy more expensive kettles because, even though the outlay was greater in the short term, the saving to the environment pays for itself. Inflation is, of course, making those kettles even more expensive, while in Russia the price of samovars will remain unchanged.

Russians respect what they call siloviki, which translates prosaically as “people of force.” In terms more recognizable to a West raised on action movies, however, it also means “tough guys,” and it turns out they really are the ones who can put your lights out.