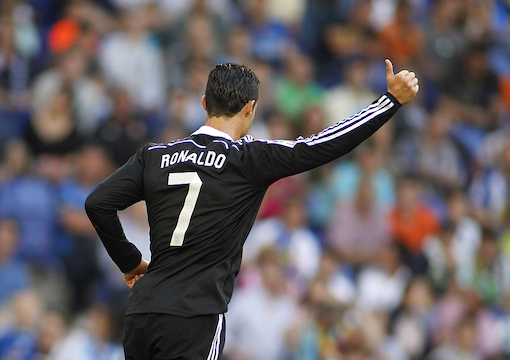 Sometimes a tiny episode or gesture reveals a lot about the world in which we live. Such an episode was the press conference given recently by the famous Portuguese footballer Cristiano Ronaldo, in which he removed the bottle of Coca-Cola from the desk in front of him and replaced it with a bottle of water. His gesture was intended to encourage young people not to drink the horrible soft drinks that so fatten them, and to drink water instead.

The press conference took place in the middle of the European Cup football competition, sponsored by—among others—Coca-Cola. It is unlikely that Mr. Ronaldo, who earns more in a week than many people earn in fifty years, will carefully calculate and return that part of his income derived from Coca-Cola’s sponsorship, even if it were possible to do so; nor was his objection to the sponsorship so strong that he declined to play in the tournament (soon, as it happens, to lose).

Still, I have a certain sympathy for his gesture, mainly on aesthetic grounds. I have almost a horror of these sweet and fizzy concoctions that seem to me designed more to promote thirst than to quench it, and that appeal to an appetite that is both immature and unrefined. I hasten to point out that my dislike of these drinks does not lead me to advocate the suppression or prohibition of their sale. People are inclined to assume these days that if you dislike something, you must also want to prohibit it, an assumption that is testimony to the increasingly authoritarian temper of our times.

“Illusion has a bad reputation, at least among rationalists, but for the vast majority of mankind life would be intolerable without it.”

Cristiano Ronaldo has 244 million followers on Instagram, 150 million on Facebook, and 92 million on Twitter (presumably there is considerable overlap). He is said to be the most followed person in the world, though I do not know whether this is strictly true. No matter: His gesture was enough to cause, or at least to be soon succeeded by, a fall of $4 billion in the value of the Coca-Cola Company’s shares. This, no doubt, was but a minor dip in the total value of the company, but very considerable by comparison with the slightness of the gesture that caused it. I can make all the gestures I like, but no share is going to rise or fall by as much as a single cent as a result.

Why is Cristiano Ronaldo followed by so many? I wish him no disrespect, but I doubt that it is because of the profundity or wisdom of his thoughts. When I put the question to the Delphic Oracle of the 21st century, Google, it replied:

Cristiano Ronaldo have more followers on Instagram because he is self made athlete, he work hard, he is more stylish than Messi [Messi being a footballer as famous as he]. He is brand. He has sponsored many products, he upload many photos, with what he get paid (Messi also get paid). You can also guess the reason for Ronaldo, by the varieties of photos.

Presumably the investors who caused the fall in Coca-Cola’s share price subsequent to Ronaldo’s gesture reasoned like this: Millions of people follow Ronaldo on social media, therefore millions of people are guided by him, therefore the sales and profits of Coca-Cola will necessarily decline after his expression of distaste for it.

I do not know whether the empirical assumptions of this reasoning are correct. They are at any rate the assumptions upon which sponsorship deals are made. A famous person displays himself using or wearing some product or other, often not very distinguishable from some other competitor product, and this is supposed to increased sales, at least by comparison with those of the competitor product if not in absolute terms.

When you come to think of it, this is not very flattering to the idea of Man as a rational animal. Even the most suggestible person probably knows that the famous person who advocates this or that product does not do so from a disinterested desire that the common man should enjoy the best coffee, running shoes, deodorant, etc., but because he is paid handsomely to do so. This knowledge, however, does not prevent him from being favorably impressed by the endorsement. There is something in common here with the placebo effect: Even when a doctor tells a patient that he is prescribing a placebo for him, the prescription still has a placebo effect.

When Cristiano Ronaldo, for example, endorses a product, what is going on in the mind of the person who is influenced by the endorsement? I suspect that it must be something like magical thinking, of the kind that we would normally associate with primitive peoples. Cristiano Ronaldo uses this brand of soap, therefore if I use this brand of soap, it will make me like Cristiano Ronaldo. In other words, it will work its sympathetic magic on me. It is a mirror image of sticking pins into a likeness of the person you want to harm or hurt.

When I see football crowds wearing the shirts not just of their favorite team but of their favorite player from their favorite team, I think that they must surely be fantasizing a little. Often they are fat and of an age at which even a superbly fit and constantly training athlete enters into decline. My first inclination is to laugh disdainfully at the absurdity of it. The only exercise the fat wearers of the football shirts ever get (or perhaps I should say do) is lifting their beer glass from the counter of the bar and raising it to their lips. And yet they dream of heroics on the field.

But this disdainful laughter is not entirely honest. Which of us has precisely the image of himself that is objectively justified, or has never indulged in pleasant daydreams of triumphs that will never be ours? Illusion has a bad reputation, at least among rationalists, but for the vast majority of mankind life would be intolerable without it. Of course it can go too far and become dangerous, but if something can go too far, it can also not go far enough. To strip a person of his illusions is sometimes kind and even therapeutic, but sometimes cruel and sadistic. The distinction may be a fine one.