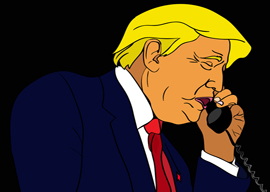 On Sunday, Mike Cernovich proved that Trump’s wiretapping allegations are true. In a piece he wrote for Medium he told the world that “Susan Rice, who served as the National Security Adviser under President Obama, has been identified as the official who requested unmasking of incoming Trump officials.” What followed was a hyperbolic shitstorm from the left, which has become mainstream-media-speak for “This is true.” On Tucker Carlson Tonight, Mark Steyn said, “They”re annoyed, in a sense, that someone has managed to outfake their own fake news.” He was referring to the left’s obsession with Russia and how this leak proves Trump wasn”t colluding. If there were ANY evidence that anyone remotely near Trump was working with Russia to influence the election, Susan Rice’s people would have been screaming it from the highest mountain within minutes. They”re calling this scoop a distraction, but it’s really a shocking true story that detracts from their boring fake story about Russia. The media is calling it “Spygate.”

Cernovich alleges many knew this story but refused to report on it because they didn”t want Obama to look bad. Mike lambasted reporters such as The New York Times“ Maggie Haberman for sitting on it (she’s described by DNC insiders as a “friendly journalist“). Bloomberg’s Eli Lake also did not disclose what he knew, and the way Cernovich proved this was by using what he calls “3-D chess.” I spoke to Mike on Tuesday night and he said, “Basically, I accused Bloomberg [Lake] of plagiarism. I said he stole my story. This forced him to defend himself and say, “Oh, no, I”ve been working on this story for over a week.” Boom. Checkmate. I just got him to admit he was sitting on the story. That’s how you do it.”

“It’s a really exciting time to be on the right.”

The left’s reaction to this has been a sight to behold. Over at CBS News, Margaret Brennan assured us, “There was nothing improper or political going on.” ThinkProgress called Cernovich a Pizzagate conspiracy theorist (their site was founded by John Podesta, the center of the Pizzagate controversy). They shrieked at how many news sites have picked it up, including “Breitbart News, the Daily Caller, the Washington Times, the Washington Examiner, the New York Post, and Gateway Pundit.” Don Lemon said, “There is no evidence that backs up the president’s original claim,” and Rachel Maddow said Rice did “nothing illegal.” In another ThinkProgress story on how we shouldn”t be talking about this story they said, “Rice’s unmasking “does not vindicate Trump’s own tweets from March 4 in which he accused Obama of illegally tapping Trump Tower.””

Er, Trump never said it was illegal. He said, “Terrible! Just found out that Obama had my “wires tapped” in Trump Tower just before the victory. Nothing found. This is McCarthyism!” and he was right. That’s exactly why she lied about it. She knew it was wrong. There’s your story, media! Who cares if it’s technically legal? That’s not the issue here. Virtually everything is legal when you get that high up. We”re talking about behavior that is clearly beyond “normal codes and conventions” as Steyn said on Tucker. Normally, when our government surveils people, they leave the names as something like “American Person #3″ to maintain their privacy. When it came to Trump people, this courtesy was ignored and we got to know everything about everyone around Trump. Cernovich told me he knows for a fact he was part of that group. He says I likely was too. This fits in perfectly with the Obama administration’s mandate to abuse power and harass the opposition. Obama said the idea of the IRS targeting conservatives was “outrageous.” Then the IRS admitted they were doing exactly that.

Remember, Susan Rice is the lackey he had go on a morning talk show tour to tell America (specifically the women who voted for Obama) that Benghazi had nothing to do with negligence on the part of him and Hillary but was really about a trailer for a Muhammad video. “That was a flat-out lie,” said the NY Post, reporting on Rice’s long list of transgressions before adding, “She also brazenly insisted in 2014 that Bowe Bergdahl…”served with honor and distinction.”” I don”t see her as this maniacal villain with the world at her fingertips. I see her as a henchman who carried out an incompetent president’s dirty work.