Lists to Live By 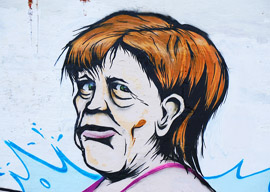 As a child, the only list I had ever heard about was the FBI Ten Most Wanted. Then a lady who wrote about fashion”Eugenia Sheppard, I believe”made a list of the ten best-dressed women in the universe, and the dam was broken. Everyone started making lists. Lists appeared listing the best and worst lists, and the craze even traveled to Europe, where the Almanach de Gotha codifies and names the true aristocracy but does not list them in order of importance.

So, for no other reason than subjectivity itself, I offer Takimag readers a few lists of my own, at times listing as many as ten, others as few as one.

The two most disgusting celebrity couples in the world are: Kanye West and Kim Kardashian, Jay Z and BeyoncÃ©.

The ten greatest characters in a novel are: Dick Diver in F. Scott Fitzgerald’s Tender Is the Night; Jake Barnes in Ernest Hemingway’s The Sun Also Rises; Prince Andrei in Leo Tolstoy’s War and Peace; Pierre in Leo Tolstoy’s War and Peace; Raskolnikov in Fyodor Dostoyevsky’s Crime and Punishment; Steven Rojack in Norman Mailer’s An American Dream; Holden Caulfield in J.D. Salinger’s The Catcher in the Rye; Lieutenant Rinaldi in Ernest Hemingway’s A Farewell to Arms; Howard Roark in Ayn Rand’s The Fountainhead; Philip Marlowe in Raymond Chandler’s The Big Sleep.

The five greatest newspapers ever are: the New York Herald Tribune, the New York Post, The Daily Telegraph, the Daily Mail, The Sydney Morning Herald.

The worst newspaper ever is: The New York Times.