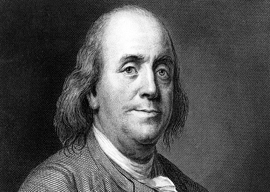 Just as the 21st century has witnessed the paradox of the rhetoric of white privilege and the reality of white death, we”ve also seen increasing black privilege, but with the benefits flowing mostly to the whitest of blacks. The ongoing flight from white helps those blacks who are almost but not quite white, such as former national security adviser Susan Rice and her affirmative-action-eligible children.

White elites are happy to promote black privilege because they don”t see many American blacks as being anything other than token competition for their children at getting the really good jobs. For example, in 2016, more than a half century after the political triumph of civil rights and in a year in which the legal profession donated 28 times more money to Hillary than to Trump, only 1.81 percent of law-firm partners were black.

African-American culture is spectacularly successful at producing sports and entertainment celebrities, but depressingly dysfunctional at uplifting the black masses and making them competitive. Therefore, despite growing demand for African-Americans to fill set-aside jobs, ever fewer typical black Americans are up to the minimum demands of analytical jobs.

Thus, the roles as spokesmodels for African-Americans are increasingly being filled by an odd assortment of immigrants and Americans with at least one white parent.

After eight years and 333 rounds of golf by our recent Honolulu preppy president you might think we”d start to get the joke. But instead the more the evidence piles up, the less we are willing to notice it.

While about 8 percent, or about 530, of Harvard’s undergraduates were black, Lani Guinier, a Harvard law professor, and Henry Louis Gates Jr., the chairman of Harvard’s African and African-American studies department, pointed out that the majority of them”perhaps as many as two-thirds”were West Indian and African immigrants or their children, or to a lesser extent, children of biracial couples. They said that only about a third of the students were from families in which all four grandparents were born in this country, descendants of slaves.

But with the emergence of Barack Obama later that year as the great Democratic hope, Gates and Guinier more or less dummied up.

As Hillary’s failure to motivate blacks in key Electoral College states to turn out suggests, the future increasingly belongs to the small number of individuals who can, Obama-like, scrape together some biological claim to blackness without being weighed down by African-American cultural traits.

“The New World has been retconned by billionaires as deserving to be crowded, poorly paid, and class-ridden.”

I was thinking of these conundrums while reading an op-ed in The New York Times, “Black and Proud. Even if Strangers Can”t Tell“ by Rebecca Carroll, boasting about how her son will inherit her black privilege despite, due to her leftist white college-professor husband’s genes, looking white:

My 11-year-old…gets mad sometimes, though, that people don”t immediately register him as black. “You”re so lucky,” he said to me a few months ago. “People look at you and know that you are black.”

Ms. Carroll herself is a sort of professional black woman (her bio reads “Rebecca Carroll is the editor of special projects at WNYC and a critic at large for The Los Angeles Times“).

I was adopted into a white family…. In the 1970s Warner, N.H., then a town with a population under 1,500, where census data indicates that I represented the black population in its entirety… In middle school, I spent a lot of time trying to explain to my white classmates that even though I look black, I am actually biracial”my birth mother is white and my birth father is black”and so I wasn”t really as black as they thought. What’s more, my adolescent logic went, my adopted parents are white, so that should count for something, right?

Carroll isn”t the most agile thinker (being black in a field with high demands and low standards for black punditry”witness the triumphant career of poor Ta-Nehisi Coates“she doesn”t have to be). But her artlessness can be informative:

My son is not the only light-skinned, mixed or biracial person I know who identifies primarily as black. Increasingly, I have observed my adult peers and colleagues who fall into this category not merely identifying as black, but routinely pulling out the receipts to prove their blackness.

She attributes this to blacks suddenly becoming cool:

Some of this may have to do with what the brilliant Jordan Peele, who is also biracial and black, tapped into for the plot of his genre-redefining box office hit, “Get Out“”that it’s cool to be black right now, that we are trending.

In reality, blacks have been cool in popular culture as far back as I can remember: perhaps to Bill Cosby in I Spy over fifty years ago. Still, it’s unlikely that Get Out‘s message”when in doubt, kill the white people”will do many blacks besides Peele much good.

Strikingly, while 21st-century whites mouth a lot of shibboleths about how race is just a social construct that has no biological reality, blacks like Carroll think that is stupid.

Carroll starts off on a politically correct note:

Being black in America has historically been determined by whether or not you look black to nonblack people….

In Jim Crow America, being black was being known to have black relatives even if you didn”t, personally, look black. The most famous example of this was Walter White. Not Bryan Cranston’s character on Breaking Bad (although Vince Gilligan, a complex thinker, likely had the historical example in mind in some fashion), but the head of the National Association for the Advancement of Colored People from 1931 to 1955.

Blacker blacks often joked about the NAACP standing for the National Association for the Advancement of Certain People. And White was extremely representative of the American mulatto elite who tried to hold themselves apart from the black masses in the fashion of a Caribbean middle class.

He was 27/32 white and claimed descent from President William Henry Harrison on his mother’s side. White wrote in his autobiography A Man Called White: “I am a Negro. My skin is white, my eyes are blue, my hair is blond.” He was recognized as a Negro because he associated with his blacker-looking relatives, thus self-identifying as black.

A lot of people today overlook the relationship between race and who your relatives are for several reasons:

First, Americans love to say stuff like “Race is only skin-deep.” It sounds profound, but is superficial.

Second, Americans traditionally don”t think systematically about family trees. The English language isn”t very precise about relationships beyond the nuclear family because Anglo-Saxons were less interested in extended family than anybody else on earth.

Third, Americans love to say, “Race doesn”t exist,” even though your biological family tree is just about the most real concept there is.

Fourth, genes and looks go together, especially for sub-Saharan African genes, which are pretty distinctive. Most people who are 5/32 black tend to be slightly blacker-looking than Walter White.

For example, when novelist Philip Roth, author of one of the better books about passing, The Human Stain, met the dashing literary critic Anatole Broyard (1920″90), a Louisiana “Creole of color” who went out of his way not to identify as black and is now infamous as the last prominent figure to be outed as passing for career reasons, he admits he may have looked up the word “octoroon“ in the dictionary.

Fifth, there just haven”t been until very recently many people who are about 5/32 black in the United States (other than Latinos). Although trendy intellects like Coates love to burble about “people who think they are white,” the average amount of black ancestry among non-Hispanic Americans who self-identify as white is vanishingly small: 0.19 percent in a recent study by genome firm 23andMe.

The old one-drop system meant that most people who self-identify as black are more black than Walter White, and almost every single person who self-identifies as white is less black than that. Due to the racially split workings of the marriage market with a binary color line, there aren”t very many Americans who fall in the Walter White range.