Locked Down in Third World California 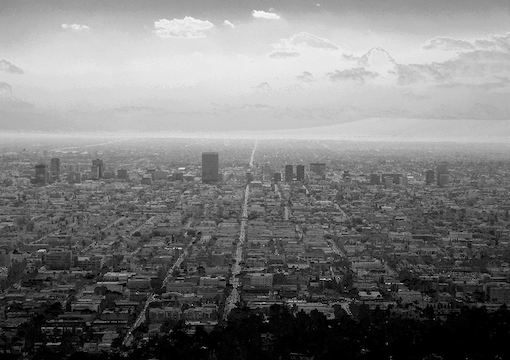 As I type these words, Californians are under a mandatory “stay at home” edict issued by the Patrick Bateman cosplayer in our statehouse. Any Californian caught leaving his, her, its, or zir home for “nonessential” reasons is subject to fine or imprisonment.

And yes, the state that’s rapidly decriminalizing property crimes has criminalized going outdoors. A Californian who decides to take a walk in a park risks more severe penalties than an illegal alien who steals a TV. Cities like San Francisco have reclassified property crimes as non-arrest offenses (citation only, as if for jaywalking), and California as a whole has deemed theft of items valued at less than $950 a non-arrest offense (as a result, such thefts are rarely pursued by police). On the other hand, any violation of Gavin Newsom’s “stay at home” edict is “punishable by a fine of up to $1,000 or by imprisonment for no more than six months” (L.A.’s separate “stay at home” order carries the same penalties).

Here’s the funny part: Newsom has stated that he doesn’t believe imprisonment will actually be necessary in order to enforce the lockdown, because the mere threat of it will create a “social pressure” that will persuade Californians to comply on their own. A fascinating theory…the very presence of the threat of arrest and imprisonment acts as a force to compel compliance. So what happens when you remove that threat from crimes like robbery? You get looters running wild, because they risk no consequences.

In cities like Philly, the DA has directly ordered cops to stop making arrests for property crimes during the crisis, while in New York and other Democrat enclaves, activist DAs are pushing for the mass release of prisoners to “mitigate” the outbreak (see, quarantine only makes the law-abiding safe from the virus; for reasons left unexplained, quarantine is somehow unsafe for criminals).

Tucker Carlson has been rightfully enraged by the way in which these “progressive” DAs have been exploiting the virus to push an anti-enforcement agenda. But he’s missing a wonderful irony here in my own beloved, horrific home of Los Angeles: As my fellow Angelenos have been stripping supermarket shelves bare, hoarding items in fear of a bug that’s highly unlikely to kill them, our votes have finally been tallied in a very important local race that was held on Super Tuesday.

Yes, Super Tuesday…three weeks ago. And only now do we have a semi-final tally in our district-attorney race (hey, don’t make fun; this is as fast as L.A. Unified School District grads can count). It turns out that Angelenos—the very people scared shitless by a flu bug—voted in huge numbers for a certifiable lunatic who wants to essentially decriminalize almost all property crimes and other “nonviolent” offenses in the county. Our incumbent DA, Jackie Lacey, will face a runoff in November.

“A Californian who decides to take a walk in a park risks more severe penalties than an illegal alien who steals a TV.”

Let’s meditate on that for a moment: The people of L.A., when faced with a new and potentially dangerous flu strain, declared, “Time to panic! Nothing matters more than obtaining essential possessions!” At the very same time, those exact same people voted for a guy who basically said, “If elected, I will make it easier for people to steal your essential possessions.”

The same hoarding dumbasses succumbing to hysteria over the thought of “not having stuff” made the conscious choice to vote for a guy who pledged to allow criminals to steal their stuff.

That’s mental illness…textbook dissociative disorder. And it’s something that Tucker Carlson overlooked while (justifiably) venting his anger at leftist DAs. The march from civilized nation to Third World shithole isn’t entirely occurring via official decree. In many cases, we’re doing it to ourselves; we’re voting for it. Incumbent Jackie Lacey is no prize pig; she’s a career politician, a cog in the L.A. big-money political machine. But as such, she does have at least some motivation to keep the city running smoothly. Lacey vs. Gascón is a classic Third World contest: a crony bureaucrat hack vs. an ideological madman who wants to burn everything to the ground.

The corrupt vs. the fanatic: This is the only choice Third Worlders ever get. One appeals to the voters who don’t expect things to get better but don’t want them to get worse, while the other appeals to those who think a wild-eyed extremist and his sword can lead them to paradise. George Gascón, his ideological twin Chesa Boudin (the Jewish communist revolutionary who’s currently dismantling law and order as San Francisco’s DA), and the NYC politicos who crafted that city’s “no bail” policy…these are the people dragging us straight to Third World hell. But these verminous creatures didn’t seize power in a coup; they were voted in. Now, demographics explain a lot of that, but not all of it. L.A. County has a ton of wealth, plenty of white folks, and no shortage of upper- and middle-class homeowners whose interests will be the first betrayed by these ballot-box choices. Non-Hispanic whites might be a minority in this county (26.1%), but they make up a high percentage of likely voters.

That “missing link” between man and ape, that transitional period between civilization and favela, is more complicated than mere demography. In a nation with democratic elections, the people who stand to lose the most must, at least to some degree, be persuaded to willingly surrender their advantage. Like any good anthropologist, it’s that “transitional fossil” that fascinates me.

Why did these toilet-paper hoarders, so possessive of their “stuff,” vote to make it damn near legal for criminals to steal their stuff?

We don’t have a lot of blacks left in L.A. County (a paltry 9%), and they were split. About half supported Lacey out of racial loyalty, and about half were willing to back the white Cuban, because the decriminalization of property crime is quite popular among the black Angelenos who prefer stealing things to working for them. In fact, Black Lives Matter thugs were deputized as Gascón’s stormtroopers, physically harassing Lacey, busting up meetings and debates, and trespassing on her property (at one point forcing Lacey’s husband to pull a gun in self-defense). BLM and all groups that favor lawlessness supported Gascón.

But what of the whites? Well, here’s why you shouldn’t write off L.A. and San Francisco’s freefall as something unique to nutty ol’ California. The “progressive prosecution” movement represented by scum like Gascón and Boudin doesn’t initially present as an enemy to middle-class whites. The cancer first attacks the heartstrings, targeting both humanitarian and libertarian instincts in moderate whites. “Drug abuse is a disease! Why should we imprison someone for being an addict?” That’s how it always starts: “Let’s empty the prisons of drug offenders.” This reasoning appeals to mainstream conservatives, too. “All those expensive prison beds could be used for the real bad guys! The rapists, the murderers. Let’s stop wasting money on imprisoning the sick, and spend our precious tax dollars on putting away the true villains!”

Marijuana is being decriminalized in red states as well as blue. Mark the words of a man who’s seen this unfold: Non-prosecution of drug offenders (not just pot, but all drugs) comes next.

Of course, “treatment not incarceration for drug users” is not the endgame, but the entry point. Next come the thieves. After all, weren’t many of them merely robbing to support their drug addiction? These aren’t robber barons and white-collar banksters (boo!). Anyone who steals under $950 is likely just some poor junkie trying to support a habit. Treatment, not jail, will address the root of that erroneous behavior. Plus, by not pursuing “petty” thieves, the cops have the time and resources to go after the real bad guys! The rapists, the murderers, etc. etc. etc.

Meanwhile, white voters will be mollified by stats that appear to show a decrease in crime (“See? It’s working!”), whereas in fact those stats simply reflect a drop in arrests and prosecutions.

What do you think comes next? Well, there’s no need to guess. The entire “progressive prosecution” playbook was laid out in a December 2018 Harvard Law Review note (unsigned, like all Harvard Law Review notes). The anonymous author(s) argue that “the entire criminal legal system is a racial caste system,” and that concepts like “‘colorblindness,’ ‘merit,’ and ‘the border’ have disadvantaged people of color.” The note explains that eventually, the entire criminal justice system must be dismantled, and to do so, things must be taken out of the hands of voters. “Progressive prosecutors are possible only when voters elect them,” but “voters are notoriously fickle,” the note laments. “Nothing prevents localities that favor progressive prosecution today from electing a traditional tough-on-crime prosecutor tomorrow.”

Due to “the pitfalls of leaving issues of racial justice to the whims of voters in individual jurisdictions,” today’s progressive prosecutors must eventually “defund the very offices” to which they were elected, so as to “eliminate reliance on prosecutors” entirely. Money that would have gone to criminal justice will instead be redirected to the “black and brown community” as “reparations” to “remedy the accumulated impact of past harms.”

It will be at this point that people realize that, in the end, it was never about “getting the real bad guys.” It was about phasing out the office of district attorney, eliminating the role of the prosecutor, eliminating prosecution itself, and giving money and free rein to the “black and brown” communities.

Right now, progressive prosecution activists are taking advantage of a national crisis to up the pace of their agenda. This is an accelerated vision of what’s planned for every city, eventually. The crisis is useful, but not required, and when it ends, the nihilistic, hate-filled fanatics will return to the slow hand and the long game.

So learn the playbook and be on guard.

Learn how we got here.

And go and don’t do likewise.