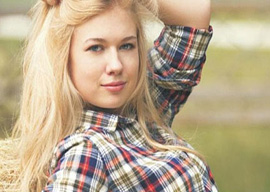 The Japanese: nuked too much, or not enough?

In an Anne-inspired bout of brattiness, I”ve neglected to type in the “TM.” It’s true, and vaguely tacky: Author L. M. Montgomery’s estate and Prince Edward Island itself have trademarked the book’s very title.

The Anne of Green Gables Licensing Authority also controls, and collects royalties on, “the commercial use of images, likenesses, objects and events” depicted in Montgomery’s series about the bold, big-hearted orphan who makes good. This includes the eponymous musical“one of the world’s longest-running”which countless Japanese tourists have pilgrimaged to Charlottetown to see and hear since 1965.

Ironically, the only thing Lucy Maud’s heirs can”t control is publication of the book itself, which lapsed into the public domain in 1993. Anyone can print Anne of Green Gables and stick any old cover they want on it, too.

“The Japanese: nuked too much, or not enough?”

So somebody did just that. It’s enough to make one wish the Japs hadn”t traded kamikaze for kawaii.

See, somebody uploaded the book’s text to Amazon’s online self-publishing arm, CreateSpace, and started selling it, as many other folks have done before. (Who can blame them? Anne of Green Gables has sold tens of millions of copies ever since no less than Mark Twain pronounced the titular heroine “the dearest and most loveable child in fiction since the immortal Alice.”)

The trouble is, whoever did it this time chose an unbelievably inappropriate stock photo to grace the cover: one depicting an impeccably made-up, catalog-model blonde teen who”d look more at home casting her come-hither gaze from the front of Lolita.

Or a mug shot. My first reaction was that someone had cruelly swapped out the image of Canada’s best-loved heroine for one of its most hated women: the “Barbie & Ken” serial killer, Karla Homolka.

(At this rate of decay, expect to witness “Sexy Sharon Tate’s Murdered Baby” either this year or next.)