London, Under One Condition 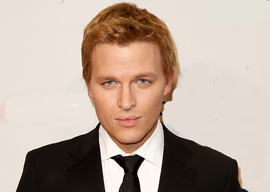 To London for much too brief a visit for a wedding, lunch with commodore Tim Hoare, and a look-see for a house. Yes, I am returning to live in London, but under one condition: It’s called Corbyn, and if he comes in, I won’t. It’s rather cowardly, I know, but I did live in London during the closed shops of the early ’70s, and did experience the joys of the three-day week, the uncollected rubbish and hospitals without electricity, and the unions exercising power over the government until a certain Margaret Thatcher put a stop to it.

I find it hard to understand how people can root for Labour when the party is now openly a communist one, but its friends on the BBC and other channels and in the media pretend otherwise. Back in the ’70s, patriotic Brits like David Stirling were thinking of mounting a coup to save the nation from going Stalinist. Maggie took care of that, but where’s our Maggie now? Mother Teresa won’t cut it. The irony, of course, being that the usual suspects were pro-Soviet back then, and are very anti-Russian now. Go figure, as gents are not supposed to say. They’re also not supposed to say, “Fuggedaboutit,” but they should forget about any investment in the U.K. as long as Labour is about to nationalize everything except for the poor little Greek boy, who will be staying away. I think it goes beyond recklessness on the part of the media not to point this out. By the time it does, it will be too late. Marxist Britain will not be a pretty picture. At least Venezuela has a better climate, as does Nicaragua. And Cuba.

Another irony is that if Corbyn does come in, Brexit will work to perfection: Everyone who can, will leave Britain! I suggest Vienna, Salzburg, Munich, Toulouse, Budapest, Krakow, Warsaw, the Ticino area of Switzerland, the Lake Como area, Athens, the Peloponnese or any Greek island, West Virginia, Pennsylvania, Texas, Montana, and Wyoming. Even Florida will do. Then let Welby, Corbyn, and McDonnell extort those left behind, like those hysterically screaming ninnies who are always in the news hogging the headlines. When penury hits Britain like it has Venezuela, what will those smug and envious arseholes in the media have to say? “How did this come about,” they’ll scream, and from the vantage point of my chalet or yacht I shall answer them: “With your help, fuck features!”

“When penury hits Britain like it has Venezuela, what will those smug and envious arseholes in the media have to say?”

The young are the biggest fools of all, needless to say, unable to see through their fogged-up brains and their handheld contraptions that Labour is taking their future down Swanee while they’re busy jeering at Tories and the great Jacob Rees-Mogg. So I say screw ’em; if they’re too stupid to see what is being prepared for them, let them eat cake while they can. They are not alone. In America, a hazy, totally uncorroborated 35-year-old assault allegation by a well-rehearsed woman—yet one unable to marshal any evidence, even by friends who were present—is now a stain on the name of Judge Kavanaugh, who will never recover from it thanks to the disgusting Senator Schumer from Noo Yawk and The New Yorker magazine, now the leading smear publication in America, along with The New York Times, CNBC, and CNN.

So I have a question for you, dear readers: What would you do if I told you right here and now that Ronan Farrow was known to blackmail teenage male illegals for sex, Farrow being the writer for The New Yorker who keeps “discovering” females assaulted by Judge Kavanaugh? And what if I told you that David Remnick’s father, a dentist, tried to sell me cocaine, Remnick being the editor of the sleazy magazine? And what if I discovered that Jane Mayer, the other writer of the story, had blackmailed rich tycoons before profiling them, and made lotsa moola as a result? All dynamite stories, albeit totally false ones invented simply to make my point. Nevertheless, my word against theirs if I was actually trying to take them down. No innocence until proven guilty, no trial in a court of law, no proof necessary just politicking at the expense of an innocent person and his reputation. I wonder how they might like this kind of hit job for a change?

The one who needs a change is the poor little Greek boy, and I had it when I assisted in my friend Simon Reader’s wedding last week in London. He married the beautiful Monica, from San Clemente, and the celebrations were long and liquid. The ceremony took place in the Old Marylebone Town Hall, and the reason for it was that Simon and his family did not wish to be lectured to by some lefty Anglican vicar about the evils of capitalism or for having been raised in South Africa. (Nice going, Church of England—soon you will fill your churches by giving free food to the starving poor from the Corbyn experiment.) For one brief moment I thought I spotted Jacob Zuma, the ex-president of South Africa, trying to charge fellow tourists to take a picture with him—there were no takers—but I was wrong. It was Robert Mugabe’s look-alike. After a brief but very touching ceremony, we were bused down to the Four Seasons, where a party went on until dawn. Regular readers know the love I have for South Africans, but I had rarely met so many white, tall, good-looking men and women who were as nice as the ones I spent last Saturday night with. And I even got engaged to Stephanie, in her 20s and from Cape Town. Brexiteers should all move down there.