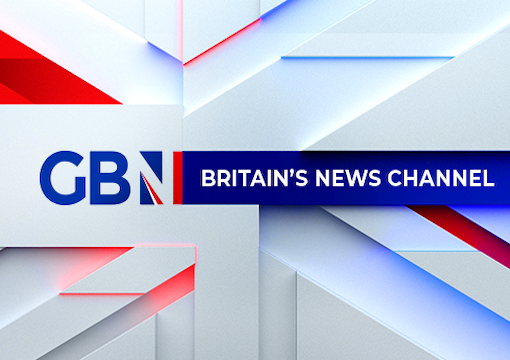 America’s famous First Amendment may be under threat de facto, but it does at least exist de jure, and one of its major modern protectorates is the media. Britain has no such safeguard, however, and its legal requirement for media impartiality (a memorandum apparently unread at the BBC) means there is not an equivalent provision for freedom of expression which allows Fox News to act as at least a notional counterweight to the left-wing enterprise America’s media have largely become.

Enter GB News. The first new televisual news channel in the U.K. for 24 years is the brainchild of media kingpin Andrew Neil. Having founded Sky TV, worked for both the BBC and Rupert Murdoch—including editing The Sunday Times—and become a regular figurehead on British political TV, Neil is a wily and veteran media pugilist whose latest venture was sure to attract both attention and opposition.

GB News is regulated by British broadcasting standards commission the Office of Communications (OFCOM—Orwell was right about truncated acronyms), putting it on a par with the BBC and others, so this is no maverick pirate station. But Neil’s first enemy has proved to be not just the leftist media or the regulators, but advertisers and their self-appointed watchdog, an activist organization called Stop Funding Hate (SFH).

“GB News in its first week dedicated shows and commentary to free speech, ‘woke’ culture, Brexit, immigration, and other topics around which the left has strewn crime-scene tape.”

Americans will be familiar with the methods of these preemptive ideological troubleshooters from, among others, the Southern Poverty Law Center and the Anti-Defamation League. These agitators are both cultural commissars and a convenient method for the deep state to outsource censorship. The same principle makes Big Tech the linemen of the new “woke” culture. Even banks have been co-opted to do the work of the current politburo, the most recent example familiar to Americans being the decision of Wells Fargo to close the account of GOP candidate and America First activist Lauren Witzke, leaving her penniless and telling her that the check was in the post. But SFH has a dedicated target: advertisers.

SFH was set up five years ago with a mission statement that claims they are “making hate unprofitable by persuading advertisers to pull their support from publications that spread hate and division.” These are not street-placard amateurs, but have a dedicated team of industry-savvy researchers who were looking at GB News’ potential advertisers long before the channel launched.

Swedish furniture giant IKEA was the first big name to pull out of advertising on GB News after its June 13 launch, stating that the channel’s output did not match their own “humanistic values.” As we are all aware, from humanism’s roots in the European Renaissance to the present day, flat-packed, self-assembly bookshelves have always played a key role in those values. IKEA’s own values include having stores in Saudi Arabia, that oasis of humanistic values, and employing private investigators to spy on their French employees, for which they were fined €1 million.

Skin-care company Nivea and purveyors of flavored cider Kopparberg followed suit, as did Britain’s famous Open University and others. Morality plays little part in their decisions, however. The resultant controversy gets their brand out there, and they are also playing a standard waiting game. There is a lot of harrumphing about reviewing positions, meaning that if GB News continues with its opening-week viewing figures—which beat BBC and Sky News channels—then they will follow the money. But when advertisers can decide news content, we should feel uneasy.

Neil made the kind of countermove you would expect from a media vet, challenging his critics to come onto the station with examples of the “hate” they claim to oppose. He realizes, of course, that “hate” fulfills the role of the word “fascism” in Orwell’s prescient statement that the word would one day abdicate its technical definition to become simply anything that an opponent doesn’t like. “Hate,” like “racism” and “white,” is a word that has been supersized by the hysterical and power-hungry cultural left and now just means even a fractional deviation from the party line.

Neil is also wise to the tactics of companies that wish to wait and see what happens to other advertisers before committing. In a social media sparring match, Neil told reneging advertisers Octopus Energy that in the future it would be GB News that would be monitoring potential advertisers before deciding if they were fit to appear on the channel.

Some companies are starting either to stick to genuinely held free-speech principles, or to double-bluff as a wager on the potential success of GB News. The CEO of London gold dealers Direct Bullion may have read the runes correctly in announcing that the company will now increase its advertising revenue with GB News, describing the channel as “a breath of fresh air.” Britain’s famous Co-Op has also publicly defended free speech and committed to their advertising. The Co-Op, incidentally, is well-known for providing Britain’s cheapest funeral service, and so may be able to afford more ad space not because of COVID, but due to the suicide rate that the resultant and absurd laws and lockdowns have caused to rise. GB News, among other topics, has questioned the rationale of lockdowns.

And this is the heart of the matter. Far from being “hateful,” GB News in its first week simply dedicated shows and commentary to free speech, “woke” culture, Brexit, immigration, and a host of other topics around which the left and its media water-carriers have strewn crime-scene tape. This is guaranteed to cause convulsions in an increasingly psychopathological leftist task force that is using not Britain’s old office of Lord Chancellor—scourge of Joe Orton and Oscar Wilde—as its role model, but rather Mao and Stalin.

Despite the fact that most U.K. media deny that anything like “cancel” or “woke” culture exists outside the fever dreams of the political right, ordinary television viewers may yet believe their lying eyes and force a reversal of fortune for that portion of the advertising industry that has chosen to go woke.