Losers at the Game of Life 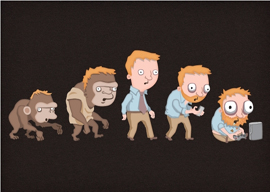 People often compare video gamers to crackheads, but that’s unfair. Crackheads are way more motivated to get out of the house. While gamers cozy up on the couch to battle orcs and inhale their own farts, crackheads dart through shadowy housing projects, use their wits to find the next $20 rock, and occasionally fight for their lives. Pit a chronic gamer against a drug addict in a cage fight, and I’d throw my last hundred dollars on the dopehead.

If it was a shootout, though, I might bet on the nerd.

During Anders Breivik’s ongoing trial, prosecutors submitted the fact that the Norwegian mass murderer continuously played World of Warcraft at his mom’s house for a full year. The killer has shown little emotion in the courtroom thus far, but according to Reuters: “Breivik broke into a smile when the image of his online character was displayed.”

Breivik rationalized his compulsive gaming as a training program to attack multiculturalists:

I feel that this period was needed in order to completely “detach myself from “the game”, my “former shallow consumerist lifestyle ” in order to ensure full focus on the matters at hand.

Columbine murderer Eric Harris had a similar love affair with first-person shooter games”rather than a steady girlfriend”and wrote in his journal:

I must not be sidetracked by my feelings of sympathy, mercy…so I will force myself to believe that everyone is just another monster from Doom….

A handful of violent video game-players have gone on to become rampage killers, but for now these are isolated incidents.

“Perhaps the most dangerous aspect of violent video games is that constantly playing them will make you a pussy.”

A more likely scenario is the atrophied couch potato who flexes his ego in the real world like he’s playing Call of Duty, then gets his teeth kicked in. Perhaps the most dangerous aspect of violent video games is that constantly playing them will make you a pussy. Compulsive gamers don’t experience enough real sex and violence to become grown men.

A computer programmer recently told me that he’s witnessed three marriages collapse under the pressure of “massively multiplayer online role-playing games“ (or MMORPGs) such as EverQuest, Skyrim, or the unstoppable World of Warcraft, which boasts over 10 million subscribers. Out of the three newly single gaming buddies who chose goblins over girls, only one showed any remorse. The other two were relieved to log endless game hours without “wife aggro.” Your loss, ladies.

There are always those lucky geeks who manage to physically connect to their cyber-soulmates and crank out a few babies. But I have to wonder if they’ll actually reproduce at replacement levels, considering the cases of game-nerd infanticide that surface in the news:

April 2012″Seoul, S. Korea. A young woman gave birth in a 24-hour Internet cafÃ©’s bathroom. With the father long gone, she proceeded to stuff her newborn into a trash bag, toss it into a street-side can, and step back inside to play her online game into the night. Two days later, a cleaning crew found the tiny corpse.