Losing the Great Game in Afghanistan 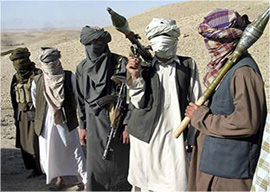 Ten years ago, I watched the Twin Towers fall. A San Francisco Examiner headline the next day summed up my feelings fairly well: “Bastards!” Of course we had to fight back. I thought there’d be a bit of a scuffle, much like the first Gulf War, and we’d be done with the whole affair in a few weeks.

A decade later, do I ever feel silly. My eureka moment came around 2004, when I stumbled across a piece that had appeared in the French weekly Le Nouvel Observateur sometime in 1998, featuring former United States National Security Adviser Zbigniew Brzezinski. In Cheshire Cat fashion, Brzezinski explained that offering CIA aid to the mujahideen drew “the Russians into the Afghan trap,” where we armed the Taliban’s predecessors to the gills after Russia’s invasion. The unrepentant Brzezinski was delighted by his maneuver that gave Russia its own Vietnam War, bankrupting them and ending the Cold War.

But Brzezinski’s “agitated Muslims,” who flew planes into our towers, eventually proved far more troublesome than the Soviets who had been declining economically each day with or without their own Vietnam.

Afghanistan prior to the Soviet invasion was being ruled by Mohammed Daoud Khan, a moderate dictator who had seized power from his first cousin, King Mohammed Zahir Shah, in a bloodless 1973 coup. Five years into his leadership, Khan was assassinated. His successor, Nur Muhammad Taraki of the People’s Democratic Party of Afghanistan (PDPA), attempted to implement a socialist agenda in earnest. Beards and burqas were banned; mosques were shut down.

“If we’ve learned anything from history, we know that the Afghan region is nearly impossible to control.”

Afghanistan became a rallying point for religious Muslims, who began flooding into the country to fight the PDPA, and the mujahideen were born. We then aided the mujahideen, leading to the Soviet invasion exactly as Brzezinski had hoped. By playing God in a part of the world where the locals bow to another deity, we were throwing our dice into the Great Game of Central Asia, or the Tournament of Shadows as it was termed in Russia, a war that has produced no clear victor after nearly 200 years.

In 1837, British Captain Arthur Conolly wrote of “the great game” unfolding across Asia. As an officer in the British Raj, Conolly was a key player in the game. Beyond securing the region, he said he wanted to “civilize and Christianize” it. In a letter inviting a fellow officer to join in the fun, Conolly wrote, “You’ve a great game, a noble one, before you.…If the British Government would only play the grand game.…” Not long afterward, Conolly was executed when visiting Russian-controlled Bukhara, now in present-day Uzbekistan, as an envoy.

Made famous in Rudyard Kipling’s Kim, the “Great Game” of wits and warfare between Britain and Russia was a competitive flexing of imperial muscle. Wikipedia claims that “The classic Great Game period is generally regarded as running approximately from the Russo-Persian Treaty of 1813 to the Anglo-Russian Convention of 1907. A second, less intensive phase followed the Bolshevik Revolution of 1917.” Journalist Peter Hopkirk, however, claims Great Game hostilities were never fully settled until Soviet Russia’s fall in 1991. I’ll do him one better and say that it’s still up in the air.