Loyalty to the Tribe 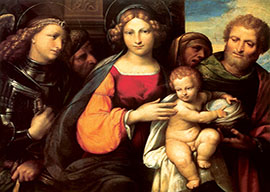 It’s been over six years since I last attended a church service. I maintain a proper humility toward large questions about the universe and human self-awareness, but I am a functional atheist. It seems highly improbable that my personality, known to undergo striking changes after four or five glasses of Old Crow, will pass intact through my physical annihilation’s more demanding rigors. So here I am: no gods, no afterlife.

The matter can be argued, but it’s been a decade or two since I heard an argument I hadn’t heard before, so I am not much interested in disputation. I am settled in my opinions and expect to make it through my dwindling supply of days without further changes.

I suppose people convert into faith or lapse out of it, but neither thing ever happened to me. Setting aside the usual experience and, one hopes, wisdom that come with a few decades of stumbling around in the world, I am as I was at twenty: skeptical, empirical, and self-sufficient.

“Many other people seem to have some faculty I don’t have. Spiritually, I am tone deaf.”

My occasional churchgoing was esthetic, sentimental, and tribal. I loved my Anglican church’s liturgy and splendid old hymns. I got satisfaction contemplating the continuity, both personal and historical, I was plugged into at a service. These are the hymns I sang as a child. These are the verses my ancestors heard parsons read on frosty Jacobean mornings in the country churches of Lancashire and Staffordshire. This is the Creed that saw my civilization through the Dark Ages.

I never had any interest in theology. How many people do? Nor have I ever felt the least warmth toward Jesus of Nazareth. I identify with George Orwell’s remark that “I like the Church of England better than Our Lord.” Kingsley Amis’s poem to the Savior, “New Approach Needed,” also had me nodding in agreement when I first read it thirty or so years ago:

Should you revisit us,
Stay a little longer,
And get to know the place.
Experience hunger,
Madness, disease and war.
You heard about them, true,
The last time you came here;
It’s different having them….

Atop all that was a faint, cloudy hope that I might eventually get something that other people seemed to be getting. “Knock, and it shall be opened unto you,” said the Gospel. I wasn’t too clear about the actual technique of knocking, but nothing was ever opened unto me and my hope faded. Many other people seem to have some faculty I don’t have. Spiritually, I am tone deaf.

The Creed is what killed off my churchgoing. Not the “We believe in one God…” part. There might be such an entity, I supposed, and the term “we” diluted the affirmation and lightened the doubt, spreading both out among the congregation. What got to me was the part about “he became incarnate from the Virgin Mary…”

Did he? So at some actual moment in historical time, at some actual place on the Earth’s surface, an invisible sky spirit (“he came down from heaven”) impregnated a human female? Not only (it seemed to me) was there no evidence for such a thing, it was hard to see how there could be any.