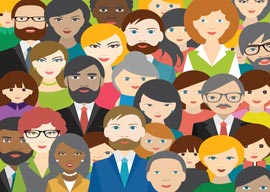 You may not find it particularly odd if the president of the European Commission enfolds the president of the European Parliament into a loving embrace and smacks him a humid slurp on the polished pate. After all, the former is a suspected alcoholic and the latter an obvious egomaniac, and both are rumored to be closet assassins with the surreptitious intention to liquidate whatever is left of Europe’s nation-states and their traditional values.

As to the particular occasion that triggered this delicious gesture, nothing is known. It could have been the successful launch of the European Central Bank, an entity whose sole raison d”Ãªtre is to rob European, and particularly German, taxpayers stark-naked while offering the booty on a silver plate to Goldman Sachs and its associates. Or it might have been another Greek bailout, like some 80 billion bucks lifted as before with exactly the same effect for exactly the same reason. Or it was a small gift from the former to the latter, like a crock of Dom Perignon 1961 on the event of his receiving the coveted Charlemagne Prize. Or vice versa, a jug of Domaine de la RomanÃ©e-Conti Grand Cru from the latter to the former upon his accepting the equally coveted Coudenhove-Kalergi Europe Award.

As to the prizes and awards, someone from across the Atlantic may never have heard of these peculiar Continental European whims. But in an age of surprise and incertitude, when the wildest conspiracy theories seem quite often to overlap seamlessly with the most brutal realities, even such a trivial event as the bestowment of parochial honors may contain a fascinating little clue. This particularly if it sheds a light, however insignificant, on the motives behind the fearful assault that is staged against our security, property, and sanity right now.

“But in an age of surprise and incertitude, even such a trivial event as the bestowment of parochial honors may contain a fascinating little clue.”

Take the Charlemagne Prize. Named after our great emperor, who would probably turn in his grave if he knew about the misappropriation of his name, was the noble accolade created in AD 1950 in Aachen, Germany, his principal center of command. It is conferred every year during a solemn celebration in the ancient city’s town hall, a medieval jewel that miraculously survived the Allied firestorm, much in contrast to innumerable civilians who did not. First recipient was a certain Richard Nikolaus Eijiro Count Coudenhove-Kalergi, founder of the Pan-European Movement, followed in later years by magnificent Europeans and grandiose humanitarians like Winston Churchill, Henry Kissinger, Tony Blair, Helmut Kohl, Bill Clinton, Angela Merkel, Wolfgang SchÃ¤uble, Herman van Rompuy, and Martin Schulz.

Among this impressive collection of sanctified miscreants it is only Coudenhove-Kalergi who merits a moment of our interest. Born in 1894 in Tokyo as the son of an Austro-Hungarian nobleman who was his country’s envoy to Japan and there married a Japanese woman, he returned already during childhood with his parents to Europe and grew up on the family’s vast Bohemian estate. While studying philosophy in Vienna, his background was widely known and most likely fell prey to the rigorous social precepts of the day. Snubbed secretly or openly as a not-kosher Aryan, he suffered considerably from this injustice while secretly pondering ruses of revenge. And those must have been the reason he decided to solve the problem, at least in Europe, with the creation of a malleable ethnic hodgepodge ruled by a chosen few.

An idea that at the outset of the 20th millennium did not seem as absurd as it might today, because weighty and wealthy contemporaries had long since begun to think along similar lines.

The historical mission of our time is to arrange a new culture of humanity, one that will replace the previous ruling system. This reorganization consists of two essentials: the destruction of the old order and the building of the new. To begin with, all physical border posts, ethical barriers and social definitions of the old system must be eliminated and replaced by elements of the new system. Thus the first task of our time is Destruction! Every social strata and all social formations created by the old system must be destroyed, each individual has to be uprooted from its ancestral environments, no tradition will be anymore regarded as sacred, the Old is merely a sign of disease, and the new credo is: What was, must go!… And even though during the first phase all people are declared the same, in the next and final phase they need to be re-divided and differentiated, and a new pyramidal hierarchical system must emerge.

As to the budding philosopher, here are a few examples of his wonderfully profound bunkum:

Wisdom inhibits vigour, and vigour denies wisdom. The strongest will has no effect if it is directionless; even a weak person can cause the strongest effect when it is one-sided. The heroically restricted”and this type includes most truly great men of action”voluntarily switches off for some time all attributes of his being except the one that determines his actions. Objective, critical, sceptical, superior he may be before or after his deed: while committing it he is subjective, believing, single-minded, unfair.