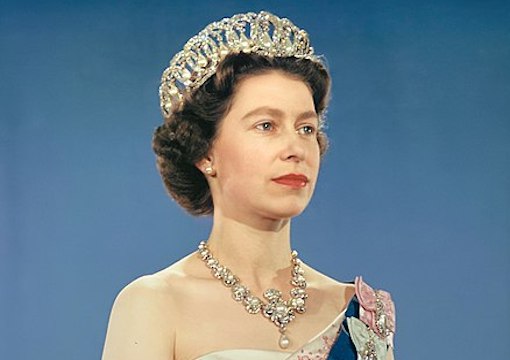 None of this would have happened had I accepted my neighbor’s invite to dine with a Swiss billionaire banker, or bb. He’s an old friend, the bb, and untypically Swiss: He boozes, schnoofs, and chases women, or AFABs, as the absurd youth of today call them. Booze, alas, now goes to my head, and as the song says, it lingers like a haunting refrain for at least a couple of days. I had kickboxing early the next day so I chose to watch the 1949 John Wayne classic Sands of Iwo Jima and snub the Swiss bb.

The film was made in 1949 and stars the greatest of them all, John Wayne, lucky to be no longer with us to see what his beloved America has turned into. The movie is very patriotic and all that, gung ho Marines charging up Mount Suribachi, but gives absolutely no credit to the Knights of Bushido who were shelled from the air and sea for months on end and died to a man defending what they considered to be sacred Japanese soil. I suppose back in 1949 Pearl Harbor was still raw, where a few thousand sailors died, but 140,000 incinerated women and children in Tokyo by Curtis LeMay and 200,000 dead in Hiroshima and Nagasaki didn’t count. The film doesn’t show a scintilla of the bravery of the Japanese defenders dying for a grubby landscape far from home.

“What has happened to this world of ours when you cannot even state an opinion without some phony butting in and calling you a fascist?”

Well, Japan, Hungary, and Poland are the only three countries I respect nowadays, the rest of them either ruled by barbarism and brutality, as in Africa, or ruled by the woke and Silicon Valley freaks, like the dehumanized Europe and America. I was discussing this while lunching with Boris—no, not the blond one, but an Aiglon alumnus who attended that good school with my daughter—when a sneering, hysterically intemperate woman looking like a spurned groupie took umbrage at what I was saying. I’d never seen her before and she was either a Brit putting on an American accent or an American playing a Brit. Had I not stayed home and seen the film, I would not have been expounding the martial virtues of Bushido and the nutcase would not have taken umbrage. Mind you, I stayed calmer than the seals in the Arctic Ocean that at least flap their fins to express emotion, but the unknown woman insisted I was a Neanderthal. I consider that a great compliment, and seeing that the pest was a female, I continued my conversation as if nothing had happened.

It is an amazing thing that a private conversation at a restaurant, and in sotto voce to boot, can result in some crazy lefty butting in and trying to have her five seconds of attention. Perhaps it was my choice of Margaret Court, as opposed to the bullying, self-entitled, and graceless Serena Williams, as the greatest ever in tennis, or was it describing BLM as the greatest financial scam in America that set her off? After she was escorted off the premises, my friend and I wondered what has happened to this world of ours, supposedly a civilized one, when you cannot even state an opinion without some phony butting in and calling you a fascist. (Which I always take as a compliment.)

A teacher is jailed in Ireland for refusing to use trans pronouns, that Paris of Troy look-alike Ian Hislop, with his quadruple chin, grossly insults Boris Johnson on the air, the Vogue editor complains he can’t hail a cab because of his skin color, and Chips Channon’s diaries finally prove that every Tory who ever lived was gay. It’s nice to be back in London again.

But then the Queen dies and the loss puts everything into perspective. Ironically I happened to be at the Spectator offices when the news came in, so William Moore and Freddy Gray and I proceeded to get drunk. The wine affected me more than Willy or Freddy—and brought back the precious memory of February 1952, in boarding school in America, when Reverend Gould at breakfast prayer announced the death of George VI and the ascendancy to Queen of Elizabeth II. And here I was at the Spectator offices when that great monarch’s life ebbed.

Exactly 22 years ago, I happened to be invited to Highgrove for a lunch the now King gave for King Constantine of Greece. It was the first time the present Queen Consort was acting as hostess, and she greeted me smiling knowingly about my presence. (It had to do with a lady I was stepping out with at the time.) Lord Black was chatting with the Queen and signaled for me to come over. That is the only time I met Her Majesty. The wine flowed—we were only three tables of eight—and then the guests were invited to inspect the garden. I missed it because I was playing cricket at nearby Badminton. When I arrived late and slightly drunk, the Beaufort players let me have it. “I was lunching with the Queen,” was my excuse. The volume of the abuse increased a bit, but for once I was telling the truth, and had actually been rude to the future King by ignoring his invitation to inspect his garden. But at least I had met the greatest of monarchs ever, and that’s something I won’t soon forget.