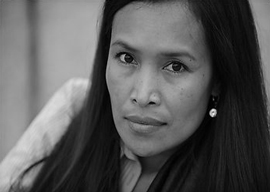 “Progressives” don”t just redefine (and valorize) deviancy; they insist on renaming it, too. We all hate this, and mock it. We”re always right. But they always win. You don”t still say “Negro,” do you? What about “foreigner”?

Now the word has gone forth that even the world’s oldest profession requires a brand-new, politically correct moniker. So you”ll wrap your mouth around “sex worker” too, rube. And swallow.

Even Canada’s red-top populist paper The Sun has shoved “sex worker” into its style guide. Over the weekend, it reported on a Toronto protest by radical “sex-work advocates,” during which about 100 women “played dead on the road.” (The symbolism rather eludes me; since when do hookers lay on their backs without being paid?)

Ingeniously, the Left also controls the anti-“sex work” racket and all its words, works, and pomps. And profits, of course. (Somewhere, Lucky Luciano is kicking himself.)

“How did Somaly Mam fool so many gullible, rich white bleeding hearts for so long? Well, as every hooker learns the hard way, you won”t survive long on these mean streets without a man around to protect you (sweetie).”

One of the last thrills still permitted us normal folks (for now) is getting to watch one of these self-appointed activists and advocates endure an Icarian tumble. Take that recent Newsweek exposÃ© of secular saint and “sex work” abolitionist Somaly Mam.

No, I”d never heard of her before, either. I didn”t realize how far removed I was from what the authorities have deemed reality until I read that, among other things, this woman had been feted by the White House and the State Department, appeared on The Oprah Winfrey Show, made the “TIME 100″ list, and declared one of Glamour‘s “Women of the Year.” Plus she”d been named one of the “Women Who Shake the World” by, er, Newsweek.

Cambodian-born Somaly Mam began making claims she”d been sold into sexual slavery as a youngster. After a daring escape, she dedicated her life to rescuing other girls from the same fate, leading armed raids on brothels, then providing shelter, education, and vocational training to the former captives”with the help of Western donors, many of them celebrities.

Simon Marks has been investigating Mam for The Cambodia Daily (“All the News Without Fear or Favor”) for years. When Newsweek ran his findings in that cover story last month, the rest of the world found out what actual Cambodians and NGO-types have been trying to tell us all this time:

Her “rescues” are more like kidnappings, and her statistics about Cambodia’s trafficking rates, exaggerated. She coached non-ex-prostitutes to tell hair-raising tales of rape, torture, and even eye-gouging when pale-faced documentarians came calling. “[I]nstead of a brothel or a massage parlour,” Mam’s “rescued slaves” ended up “working for poverty-level wages in unsafe and exploitative conditions in sweatshops.”

Add Somaly Mam’s name to the list of beloved do-gooding impostors, fabulists, and serial exaggerators”Michael Moore, Rigoberta Menchu, Ward Churchill, Elizabeth Warren, Greg “Three Cups of Tea” Mortenson, the “gay girl in Damascus“ who turned out to be a middle-aged straight man in Georgia”who”ve faked their way through this century alone. Toss in the plagiarists”Chris Hedges (“Pulitzer winner. Lefty hero.“) is only the latest”and you”ve got a veritable avalanche of Anastasias.

How did Somaly Mam fool so many gullible, rich white bleeding hearts for so long? Well, as every hooker learns the hard way, you won”t survive long on these mean streets without a man around to protect you (sweetie). And in Mam’s case, that man was Nicholas Kristof at the New York Times.

Kristof started writing about the woman he calls his “hero” in 2008. He made a documentary, Half the Sky, about Mam’s anti-trafficking campaign and wrote the foreword to her autobiography, “in which he called her “the Harriet Tubman of Southeast Asia’s brothels.””