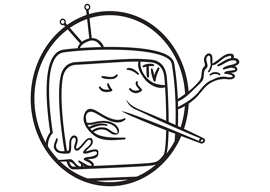 When Democrats lose big, one thing is for sure”the pitchforks and hangin” ropes are coming out. Using lynchings to deal with defeat is as old as, well, how old is the Democratic Party? And so it is now. The Dems were pantsed by a vulgar, obnoxious, politically inexperienced reality-show pussygrabber. They lost the thing they were “sure” to win. So somebody’s gotta swing. The only question is, who?

Of course, it’s not just going to be one person. Expect strange fruit to be this winter’s bumper crop, because the Democrats are only beginning their search for a scapegoat. They can”t blame Hillary. No, not after pushing the line that criticism of Hillary is pure-grain misogyny. Huma? Not likely; blaming her is Islamophobic! Comey? Yeah, to a point. Comey might make a decent goat on paper, but it’s impossible to bring him up without reminding the public of the email scandal, and Dems certainly don”t want to keep that in the headlines.

There will be time aplenty for the sore-assed Dems to come up with more suitable scapegoats, but at the moment, there is a sense of urgency, because the left’s blood is up, and a good lynching always requires frenzy. As I wrote on my site following my own metaphorical lynching in 2013, “The enemy of a good lynching is introspection. The lyncher’s motto is, “allow your adrenaline and righteous anger to guide you.”” So, bottom line, someone’s gotta pay now. Facebook is filled with weepy leftists looking for somebody or something to retaliate against, and as much as they may want, first and foremost, to hit back at Trump himself, the Big Man has made it quite clear”pretty much from the start of election season”that he is unmoved by the tears of his adversaries.

So, who is the devil du jour? Who’s to blame for the fact that the expected win unexpectedly failed to materialize? Well, the mainstream media has found the culprit, and it is (and here’s where you can visualize the Scooby-Doo gang pulling the mask from the “Creature From the Haunted Amusement Park”)…fake news sites! Yes, the left is claiming that fake news is what tipped the scales on Election Day. As summarized by Nancy Scola at Politico:

Critics on the left say false headlines on Facebook harmed Hillary Clinton and helped swing the election to Donald Trump. One fake news story titled “FBI Agent Suspected in Hillary Email Leaks Found Dead” from sources like The Denver Guardian, The Free Patriot and Red Flag News circulated on the social network prior to the election. Another, under the headline “Michelle Obama Deletes Hillary Clinton From Twitter,” was picked up by conservative radio host Sean Hannity, who later apologized for spreading the lie.

In response to the existential threat posed by fake news sites, Democrats have pledged to take action!

The Clinton campaign’s chief digital strategist [Teddy Goff] on Monday blamed Facebook for enabling the spread of misinformation about the Democratic nominee”and said Democrats in and out of government have been looking at how to tackle the “big problem” of fake news on the social network…. “This is something we were very aware of, saw zero percent chance Facebook was going to be compliant or work with us during the election, but wanted to take on post-election.” Goff declined to shed light on the strategy he says is in the works, other than to say that it would target “one or two people” at the company, including Zuckerberg.

To be fair, the idea that fake news sites contributed to the fact that every newspaper in the world had to scrap its “You”re Fired!” postelection “Donald Trump loses” page 1 headline isn”t just being promoted by the Democrats and their lapdogs in the press. At least one actual (and prolific) purveyor of fake news, Paul Horner, told The Washington Post that he agrees with the notion. After bitching to the Post about how much he “hates Trump,” how stupid Trump supporters are, and how he purposely targeted them with fake anti-Clinton stories in order to demonstrate their gullibility, Horner lamented the fact that he may very well have had an effect on the election’s outcome. “I think Trump is in the White House because of me,” he mournfully admitted. He explained that his strategy of floating viral anti-Clinton stories in order to harm the Trump camp may have backfired. “Looking back, instead of hurting the campaign, I think I helped it. And that feels [bad].”

So, are Horner, the Democrats, and the press correct regarding the malevolent, electoral-vote-influencing power of fake news? Well, yes and no. Horner is 100 percent correct when he claims that Trump supporters are more likely to pass along stories from obviously fake news sites. I hate to say it, but had Trump lost, I had a column ready to go in which I scolded and hectored Trumpers for sharing fake stories on social media. During the election, there was not one day that went by in which I didn”t see at least one Trump-supporting Facebook friend share an obvious fake, from the “Hillary smells like boiled cabbage” phony Podesta email to the “Clinton Foundation paid $333,000 to the Black Panthers” fake WikiLeaks doc to the “FBI agent investigating Hillary’s emails dies in a murder-suicide” story by a nonexistent Denver newspaper. You guys loved your fake news stories.

Hell, even when appearing on a podcast mere days after the election, joining in the post-victory celebration with several alt-righters who had backed Trump from the start, I found one of my fellow guests boasting about a pro-Trump tweet from Clint Eastwood. As I bit my tongue trying to be polite, my suggestion that the tweet was from a bogus account (as it was) fell on deaf ears.