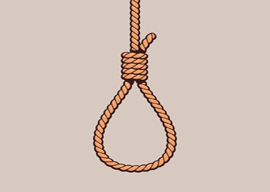 The dream has finally been realized: America now has a national lynching memorial, and if you’re like me, you bought your tickets way in advance (take my word for it—get your tix online; the scalpers outside the venue are brutal). Marvel sure chose a lousy time to release Avengers: Infinity War. Who wants to see two boring hours of A-listers fighting CGI aliens in front of a greenscreen when you can spend the day somberly viewing photos of black people being tortured?

Twenty-five years ago, the Simon Wiesenthal Museum of Tolerance (a.k.a. the “Simon Wiesenthal Holocaust museum that has one small area dedicated to the suffering of non-Jews because that’s how we were able to hoodwink the city into using taxpayer money to fund our shamelessly sectarian institution”) set the standard for museums of suffering by sending visitors on a high-tech journey through the death camps (complete with interactive Hitlers and animatronic Jews) that ends with everyone stuffed in a gas chamber, only for an exit door to open, funneling the grateful survivors into the gift shop (I’m not kidding…see my video about it here). And now, in 2018, we have the national lynching memorial. Note how I didn’t capitalize those words, because the official name of the thing is the National Memorial for Peace and Justice (NMPJ). The Wiesenthal Center should sue for “cultural appropriation,” since this new memorial brazenly copies the Center’s tactic of couching a partisan institution in verbiage “we can all relate to.” In fact, the lynching memorial, located in Montgomery, Alabama, borrows more from the Tolerance Museum than an “accessible” name. Just as that museum leads visitors through the concentration camps, past the “selections” and into a gas chamber, the NMPJ leads visitors through a collection of headstones marking the towns and cities in which blacks were lynched, and as one walks past the headstones, the floor begins to drop, and soon the headstones are suspended from the ceiling, as if hanging by a rope.

Get it? Or is the subtlety a little too nuanced for you?

The memorial, which The New York Times lauded as the first-ever national monument “dedicated to victims of white supremacy,” was funded primarily by private donations, the largest of which came from the Stryker brothers, Jon and Pat. The Strykers are a couple of trust-fund white boys whose late daddy made a fortune selling rectal clamps and other medical torture devices. Prior to funding the lynching museum, these society-page philanthropists had focused the bulk of their money on (oh Lord, I don’t want to write this) their favorite charitable cause (please, please don’t make me write this)…the study and preservation of apes (dear God forgive me, that’s not a joke). And now they’ve provided one-half of the lynching memorial’s $20 million budget.

“It makes sense that a memorial dedicated to strange fruit would so carelessly mix apples and oranges.”

Yes, the lynching memorial exists because of two rectal-clamp heirs who have devoted their lives to the well-being of apes, proving once again that the most tasteless jokes are the ones written by life itself.

The NMPJ has received glowing front-page coverage from every major mainstream news organ. And why not? The New York Times is quite correct—the memorial is not a historical institution, but a political attack against “white supremacy.” The memorial uses graphic images of the lynching of blacks to score political points on current issues. It’s the (to quote Peter Allen) “let’s go backwards when forward fails” school of political manipulation. The NMPJ takes a genuinely horrific historical atrocity—lynching—and uses it to push a modern agenda about (to quote from the memorial’s website) “people of color burdened with contemporary presumptions of guilt and police violence.” In its piece on the memorial’s grand opening, the Times didn’t even try to hide the fact that the purpose of the NMPJ is to help “white America” find “redemption” for its “brutality.” After visitors to the memorial have been sufficiently primed with old photos of black men eviscerated, strangled, and burned alive by racist mobs, they are ushered through exhibits that attempt to tie the lynchings to current issues of racial profiling, police shootings, and black incarceration rates. It makes sense that a memorial dedicated to strange fruit would so carelessly mix apples and oranges. But sadly, lost in the miasma is any sense of perspective. That black dude who’s serving 25-to-life for rape is every bit as much a victim as a black man set alight in 1920 for tipping his hat to a white woman. Ferguson police officer Darren Wilson, who’s been cleared by every single investigating committee that’s looked into the shooting death of Michael Brown (even Obama’s justice department found him faultless), is no better than a Klansman stringing up a black kid for stealing a candy bar. Dr. No was less heavy-handed than this memorial.

So, to help christen America’s latest monument to (self-)flagellation, let’s bring in a little perspective.

Lynching in the United States was not something that only affected blacks. According to statistics provided by the Tuskegee Institute, of the 4,743 recorded lynchings between 1882 and 1968, blacks were victimized in 3,446 instances, whites in 1,297. As is clear, blacks were the majority of victims, but 1,297 is not a small number. If we outpaced the lynching of blacks in 1884 and 1885, slowed down considerably after 1900, whereas black lynching numbers stayed in double digits until the 1930s. A National Review puff piece celebrating the lynching memorial (ah, National Review, with its new slogan “You’ll Never Get Banned on Social Media for Posting Us!”) claims that public opinion only turned against lynching when the mobs went after “white honestiores.” That’s nonsense. If there was a turning point, it was the 1906 lynching of a black man, Ed Johnson, and the unprecedented SCOTUS trial of racist white lawman Joseph Shipp (I wrote about this back in 2012).

For better or worse (I vote for worse), lynching was a part of this nation’s history. However, whereas frontier lynchings were usually isolated incidents, in the South, lynching was a tool used to preserve and enforce a racially biased social order. For that reason, white and black lynchings are not directly comparable. But regardless of that, omitting all context, pretending that lynching victims were only black, is inaccurate and misleading. “Now, Dave,” you might be saying, “you admit that lynching in the South had its own unique character, so why can’t the memorial focus solely on that?” I’m not saying it can’t. But think of it this way. When people on the right try to speak about lopsided black-on-white interracial crime statistics, or the crimes that are disproportionately committed by blacks, it’s demanded of us that we provide context, including all mitigating statistics, and tons of examples of exceptions that prove “it’s not only blacks.” Ditto with Muslims and terrorism. If you dare mention the Islam/terror connection, you’re expected to fall all over yourself talking about Tim McVeigh and the IRA in order to show that “it’s not only Muslims.” Failure to do those things could result in being banned on social media, or seeing your site dropped by its server. So I think it’s only fair that the lynching memorial also be forced to provide context, exceptions, and mitigating stats.

But no, the memorial is being celebrated for its one-sided, politically manipulative presentation.

The memorial’s subtle deceit is defined by its signature statue. On the grounds outside the main building, there’s a massive bronze sculpture called Raise Up. It depicts ten black men, seen only from the shoulders up, with their hands in the air. One cannot see the sculpture without thinking of Black Lives Matters’ favorite myth, “hands up, don’t shoot,” and indeed, that’s how some of the fanboys in the press have been interpreting it. But the statue has an interesting history.