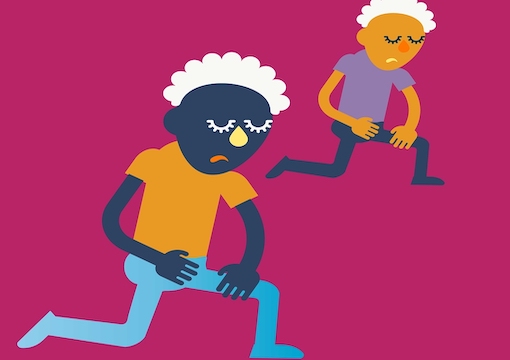 GSTAAD—Oh, to be in America, where cultural decay and self-destruction compete equally with hyperfeminist and anti-racist agendas. Gone With the Wind is suddenly as popular as Triumph of the Will is in Israel, and the great Robert E. Lee’s statue in Richmond is as likely to remain upright as a Ku Klux Klan rally in Harlem. I give the statue of my hero a week at the most. And over here poor old Winnie is also in the you-know-what. Why didn’t anyone tell me Churchill was a Nazi? The Cenotaph also has to go—those guys it honors were racists.

Two weeks ago in The Spectator Douglas Murray said it all about a U.S. import we can do without. Alas, when Uncle Sam sneezes, the British bulldog gets the flu. The scenes may be less dramatic over here, but the hypocrisy is the same, if not more so. (Get killed fighting for your country in Waterloo à la Picton, and have some tattooed ganja seller tear your statue down.) Should we Greeks destroy our monuments to, say, Pericles because he had slaves? (Try it in Athens, assholes, and see how far you get.)

I don’t know why—perhaps because I’m a naive little Greek boy—but all these race activists and celebrities doing the outrage remind me of Melmotte selling his phony shares. I regularly speak with film director James Toback, who is in the Bagel writing his memoirs—his description of the first time he dropped LSD at Harvard, with cars flying through the windows at him, is brilliant—and even for a man never at a loss for words, Jimmy had trouble depicting the disaster that is Mayor de Blasio: “Fossils dating from 2.1 billion years ago in the seabed would be more effective than this clown.”

“The irony is that most people who ended up in America went there in the first place because they were tired of kneeling.”

Freedom of speech in the good old U.S. of A (as well as the U.K.) makes Germany in 1940 and the U.S.S.R. in 1950 resemble Speakers’ Corner by comparison. Any deviation from woke speech means instant dismissal from work, even if you’re the boss, especially if you’re the boss. Today’s climate is one of fear that makes Orwell’s 1984 read like a children’s book. Say “All Lives Matter” or “Buildings Matter” and lose your job or position quicker than presumption of innocence went out the window in the Woody Allen case. Anything interpreted as racist is a death sentence, one applied by self-appointed woke judges in the media, academe, and the arts. Mind you, real murder is also giving it the old college try. Both New York and Chicago are having a back-to-the-future moment, with seven people shot over the course of ten minutes in Brooklyn last week, in forty shootings and nineteen murders. Chicago, always trying to catch up with the Bagel, did much better: Eighteen people were killed in cold blood, young men and women, all African-Americans, in mostly random violence by gangs of African-Americans. (I don’t think the propaganda sheet that the N.Y. Times has become even bothered to report it.)

Back in 1970, Sen. Daniel Patrick Moynihan wrote a memo for President Nixon advising him to exercise “Benign Neglect” where American black communities were concerned. Before you go digging up his grave, the senator was no racist—to the contrary. An intellectual and a professor, he was concerned that affirmative action was enslaving blacks into dependency and depriving them of initiative. He also pointed out that young black children born to single mothers—it now stands at 70 percent—are condemned to a life of utter poverty and crime. If there ever was a prophet of the 20th century, the senator was it, but in the woke police state of today, I am risking my life even bringing up his name.

Mind you, if the proverbial Martian arrived somewhere in the land of opportunity nowadays, his antenna would be ringing off the hook about the 65 million white supremacists that the left in America now roundly denounce as anyone who has voted for or might one day vote for The Donald. The thought police are everywhere, and Mao’s Red Guards of the ’60s have nothing on these professional anti-racists. Yet for some strange reason these so-called activists don’t deal with rap “artists” who glorify drug dealing and murder in their lyrics. Any deviation from wokespeak is equivalent to hate speech, just look at our own J.K. Rowling and the aid she got from the scummy types she made rich.

The irony is that most people who ended up in America went there in the first place because they were tired of kneeling. Now they’re kneeling all over again and forelock-tugging to the mob. My favorite New York story is that of the two high-priced lawyers, a woman born in Pakistan and a man with a Jamaican mother, a Princeton graduate making 250,000 per annum: They were arrested after having made and thrown Molotov cocktails at police cars and are now facing jail time. (I predict they’ll get off.) Why did they risk it? I think because they suffer from an overwhelming desire to impress the woke, basically to become woke stars in a jiffy.

It’s a perfect time for opportunistic lefties, with America regressing into a primitive form of social engineering and the definition of racism expanding ever upwards to include everything and everyone. Just don’t dare mention the fact that the martyred George Floyd did five years for armed robbery.