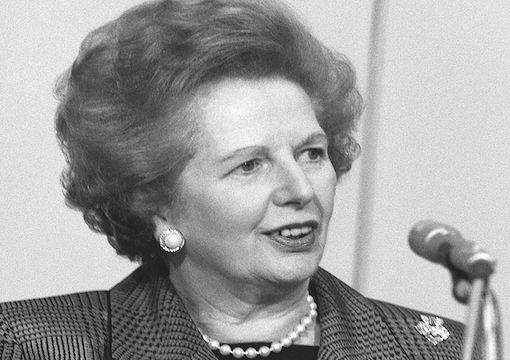 By the time you read this it will all be over, but will it? I’ve had a bad feeling all along about those who opposed the result of the 2016 referendum. When they don’t get what they want, they play dirty—just look what they did to Lady T 29 or so years ago. But it was not to be, as everyone except the hard-line lefties who never give up knows. Boris is the new king, and journalists who assume to know better than the common man are crying in their warm beers. Too bad, if the hacks spent less time listening to unelected elites perhaps they’d get it right once in a while, but don’t hold your breath. Fake news is now the way of the world, but in the meantime Boris is entrenched in 10 Downing Street for the next five years. And this is good for The Donald, also.

And speaking of one of the greatest prime ministers ever, Charles Moore’s magnificent achievement has left me openmouthed at his scholarship and ability to write 3,000 pages in a relatively short time. Charles’ biography of Margaret Thatcher should be required reading in schools, but that, in turn, would require students to be able to read and concentrate, something the little darlings cannot be expected to do nowadays, what with Twitter and other such diversions that keep them occupied and dumb as planks. It sure brought back lots of memories, however, memories of the three-day week when I first arrived to live in Britain, and the winter of discontent.

After she had fixed the country and had been repaid by types like Heseltine, she came to Switzerland and we became fast friends. She once asked me where all the heroes had gone. I should have said that she should know, she was the last one. I didn’t out of shyness and not wanting to grovel. But I regret it to this day because the lady deserved it. She was definitely the last Brit hero—I use the masculine on purpose—she saved the bloody country, after all. In a long review of Charles’ book in a Yankee weekly, a bitter sort of Brit complains that she showed no inner life, “no stirrings of interiority in all of Moore’s thousands of pages.” I say why should she have? It’s the difference between style and substance, and she was all substance. She was too serious a person to bother about an inner life. Her goal was to change Britain from the sick man of Europe to what it is today, and she did it. Who gives a flying f— about interiority?

“I am not reviewing Charles’ book here, just reminiscing about a lady I was lucky to know.”

Heroes should be judged by their heroics, not whether they were good judges of an opera or appreciative of a great painting. Homer instilled in Achilles the supreme warrior gift, and did not bother to tell us whether Achilles cried watching Greek tragedies. He raged against Agamemnon for pinching his girl-slave and stopped fighting, then changed his mind when his buddy Patroclus died. What modern crap we come up with these days. It’s not enough that Maggie beat the unions, the militants among the miners, runaway inflation, and the Argies; made it possible for people to own their own homes; and turned Britain into a powerhouse. Because she’s missing a hinterland, according to some Brit asshole, she’s a failure.

I am not reviewing Charles’ book here, just reminiscing about a lady I was lucky to know and have stay with me in good old Helvetia. And speaking of the lack of inner life, when I invited her to Gstaad she told me that as another friend was sending an airplane for her and Dennis, she would stop over and stay four nights, since the plane was based in Geneva, and then she could continue on to Austria at no extra cost to the owner nor to me. My friend Julian Seymour can confirm all this because he’s the one who arranged it. What I can say about her is that she never reduced herself to being charming or popular with her audiences. She was all business when giving lectures, and I found her extremely nice when lunching alone with her. She did not make small talk, something that would render most people I know deaf and dumb. Brought down by those creeps who would lead us to “the Road to Serfdom,” she will of course go down as one if not the greatest of prime ministers. I so admired her guts, falling out with Commonwealth leaders over South African sanctions, and world leaders by defending Pinochet, both stances I enthusiastically agreed with that belatedly proved right. But those petty men who were unimpeded by previous success managed to bring her down, just like the worms of the plague that killed Pericles before that.

Never mind, small and petty men and women will always gnaw away at great ones, and thank God for toxic masculinity, where seven men and a very brave Pole took down the cowardly Usman Khan. Imagine if those men had listened to those ridiculous feminist complainers and suppressed their inner fighter. And last but not least, before I finish, I liked very much what my friend Willy Shawcross wrote about The Crown in The Spectator. Falsehoods accepted as truths by viewers is why the show is so dangerous, and except for the costumes, the only true part that was well handled was the flutter of flirtation between Porchy Carnarvon and the Queen for one brief instant. Otherwise, the more the BBC tries to blacken the British royal family with the Panorama so-called exposé, the more obvious it is that the word of a money-hungry American hustler counts more than that of a moronic prince.