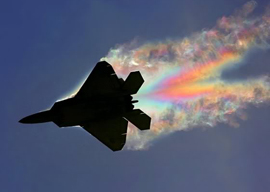 In the penultimate chapter of Robert A. Heinlein’s Starship Troopers, our narrator is reviewing a list of the ships mustered in orbit around his base planet preparatory to a major assault:

If the starship fleet included a vessel named Guadalete, Heinlein’s hero missed it. That battle was fought between the Visigoth king Roderic and the Arab general Tariq ibn Ziyad on July 19 of 711 AD, a few miles inland from Cadiz. Says historian Hugh Kennedy: “Tariq and his men inflicted a massive defeat on the Visigothic army; the king was killed and the rest of the army dispersed in disarray.” Within five years of Guadalete, most of Spain was under Muslim rule.

Heinlein was an odd bird with something of a multicultural bent, a thing much more pardonable in 1959 than now. That narrator, we learn on the very next page, is a Filipino; and one of the final chapter’s three epigraphs is taken from the Koran (Sura 5:32). Still, even Heinlein would have been dismayed to hear that VMI, the Virginia Military Institute, is planning to celebrate the Muslim victory. Guadalete, you see, was precisely 1,300 years ago this year. VMI has organized a celebratory conference with the title 711-2011: East Meets West.

You might think that “meets” is not quite the mot juste for an event at which several thousand Muslims and several thousand Christians set about each other with swords, axes, and spears in a screaming homicidal meleÃ©. I can’t help you; I had no input to the VMI’s wording.

“Turning military bases into gun-free zones is merely a rest stop on the road to making them testosterone-free zones.”

You might also have trouble locating the word “celebrate” in the VMI Web page for that conference. Here I can help. VMI removed the word “celebrate” in response to protests not much less furious and frenzied than the meeting at the Guadalete River that long-ago summer Sunday. The original wording is preserved here. (An indignant, doth-protest-too-much response to all the criticism is here.)

VMI is not the most surprising place to find holding a conference that may as well be entitled Hey Hey Ho Ho, Western Civ Has Got To Go! This was the institution that was formally castrated by a 1996 US Supreme Court Ruling. The VMI website does not yet list an LGBT support group among the school’s extracurricular attractions, but no doubt they’re working on it. They’d better be if they don’t want to get bitch-slapped by Ruth Bader Ginsburg again.

Our nation’s actual military is ahead of VMI in these matters. They are aiming for an organization that exists not to fight wars, still less”heaven forbid!”to win them, but to celebrate diversity.