Making a Hell of Heaven 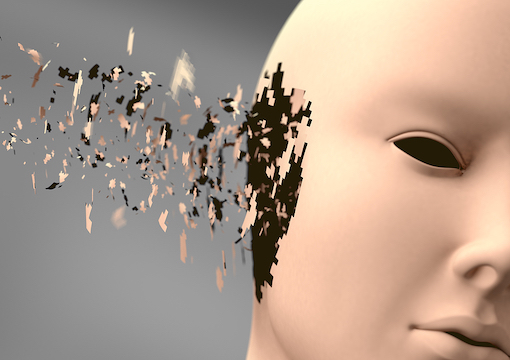 Perhaps it is because of my age that I am coming to resemble Roderick Usher and his abomination of noise (not that I ever liked it much), despite the fact that, according to a recent hearing test, I have lost 15 percent of my aural acuity. Perhaps, indeed, it is because of the increasing noisiness of the world that I have lost it. I have seen the future of humanity and it is deafness.

Of all the forms of pollution that harm this world, that of noise seems to gain the least attention, perhaps because we have no one to blame for so much of it but ourselves, preferring as we do to concentrate on harms for which we can blame others.

Restaurants these days are very noisy. It is as if restaurateurs believe that noise is proof of liveliness and sociability, and in such restaurants I, too, am forced to add to the noise by trying to make myself heard by the person next to me or across the table. One leaves such restaurants unpleasantly hoarse and with one’s ears ringing.

“The English have always taken their pleasures sadly, but now they take them first noisily, then antisocially, then forgetfully.”

Even if one is lucky enough to find a quiet restaurant, with plush seats and banks that absorb sound, there is usually a person whose stiletto voice makes itself evident, not by volume but by penetration. Some American women are particularly bad (or gifted) in this respect. In a way, a single such voice is worse than a cacophony of sound, for try as one might, one cannot distract oneself from it or ignore it.

Only yesterday, having some time to kill before an appointment, I went into a café in the hope of passing the time with a book. A few tables away, however, were two young men who were discussing their careers in fluent managerialese. They talked of how they should write their CVs so as to deceive without resort to discoverable lies, which I suppose is the secret of a successful career nowadays.

The point is, however, that they talked very loudly, so that everyone could overhear what they said. Was this bravado, egotism, or mere hardness of hearing? As I looked out of the window, unable to concentrate on my book because of their conversation—or rather, double monologues, for everyone these days seems always to be talking about himself—I thought I saw how egotism and hardness of hearing might be reconciled in an explanatory fashion.

I saw passing by a succession of young men totally self-absorbed with earphones on their ears. They looked, and probably were, oblivious to the world around them. Almost certainly, they were playing terrible music to themselves as they walked—though I do not have definitive proof of this, having carried out no survey. Still, it seems to me unlikely that they were listening to Bach or to recitations of the Koran, as one sometimes overhears through the earphones of Muslims on station platforms and public transport.

Be this as it may, the young men looked as if they were in a world of their own, not in the way of a contemplative monk but in a state of vacancy, the kind of state that some prisoners used to ask me to procure for them when they asked for pills to stop them thinking, all their thoughts dwelling on things that were unpleasant. To go sleepwalking through life because it is otherwise so difficult seems to be a common ambition.

Once, when I was vulgarity correspondent, as it were, of a British newspaper, I was sent to Ibiza, the island in the Mediterranean, to report on the behavior of young British tourists there. Naturally, it was very bad, and the worst of it was that they were proud of their bad behavior, not merely unaware of it. The worse it was, the more pleased with themselves they were. The young tourists of other nations were not exactly refined in their conduct but were somewhat less militantly coarse and crude than their British counterparts.

Ibiza was, and still is, famous for what are called nightclubs, though they resemble clubs the way the Mongol Horde resembled a party of cultural tourists. What I found revealing were the names of two of the largest of them: Amnesia and Manumission.

The word “manumission,” of course, means release from the condition of slavery, the implication being that those who entered were previously in a self-assumed condition of enslavement, the release from it being—alas for them—but temporary, since after returning from Ibiza they would have to return to slavery. I do not know what proportion of the clients of the nightclub knew the meaning of the club’s name, but it must be presumed that a good proportion did. Even as a mere metaphor, it was surely revealing: It must have had some kind of echo in their minds, indicative of a pretty wretched existence. I think I have been very fortunate in my life; at no time would the word have had any real meaning, even at its most metaphorical, as applied to my own condition.

As for amnesia, the erasure of memory, its meaning and appeal is, if anything, even more alarming. One does not desire to forget a happy or contented life, and the name of the club speaks to a desire not to forget this or that episode of life, but to forget life in general, every part of it, and to escape all previous existence. This, surely, is infinitely sad, something that one might expect a survivor of, say, the Rwandan genocide to desire, not a person who is, by comparison with the vast majority of previous human generations, immensely fortunate. Of course, good fortune is in the mind of him who experiences it, and, as Milton puts it, “The mind is its own place and in itself can make a heaven of hell or a hell of heaven.” Without knowledge or experience with which to compare our present condition, we can easily believe ourselves to be the most unfortunate of beings who have ever existed.

The English have always taken their pleasures sadly, but now they take them first noisily, then antisocially, then forgetfully. Several times I have heard young people claim to have had a wonderful time the night before, the evidence for which is that they can remember nothing whatever of it. On this view of things, death is the final, eternal nightclub.