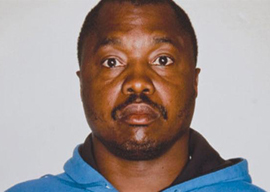 The “Grim Sleeper” went on trial in L.A. last week. Fifty-seven-year-old Lonnie David Franklin Jr. is accused of murdering at least eleven women (and one man) in a string of serial killings in South Los Angeles in the late 1980s and early 2000s (the name “Grim Sleeper” was derived from the fact that the killer went dormant for many years in between murders). Most of the Sleeper’s victims were drug addicts and hookers, and it’s believed that there were more than eleven of them (some estimates put the overall body count at over a hundred).

Franklin is black. His victims were black. Yet the trial is making international headlines, an anomaly in a world in which stories about nonwhite serial killers are usually buried on the back-page under Marmaduke and Family Circus. As Boise State University professor of criminology Anthony Walsh pointed out in his 2004 book Race and Crime, black Americans, while overrepresented among serial killers, rarely receive as much media attention as white serial killers. Typically, the usual PC alliance of politicians, media lackeys, and “community organizers” is almost always able to ensure that minority serial killers come and go in obscurity, lest the public be disabused of the left’s beloved fable that all serial killers are “angry white males.”

But the Grim Sleeper case has become a media sensation. Why? Because “black leaders” and their lapdogs in the press are bitching about it. Wait, hold on”Lonnie Franklin is a black man on trial for killing black women. Why the outrage? “Black leaders” are up in arms because the LAPD took so long to catch the Sleeper. See, that’s (wait for it…) racism! The LAPD is accused of dragging its feet because these were black victims in black neighborhoods. Lonnie Franklin didn”t kill those women alone…institutional racism was his accomplice!

There’s even a full-length HBO documentary film about how racism (personified by police indifference) killed those women.

If there is one characteristic that, above all else, defines the left, it’s the inability to understand basic cause and effect. Even the average dog can be made to comprehend this simple principle leftists struggle to grasp. The left’s inability to understand that actions have consequences is symbolized by Mao’s “Great Sparrow Campaign” from the late 1950s. The great and wise Communist chairman had determined that every sparrow in China had to be killed in order to save the country’s grain crops. So, like good little unthinking robots, millions of screamin” Chinese took to the streets, killing sparrows in every way possible”shooting them from the sky, burning trees, crushing nests, and making so much noise from the ground by banging pots and pans together, beating drums, and blowing horns for days on end that the little birds were too frightened to land. Eventually, the terrified little creatures would drop to the ground from exhaustion, at which point they”d be crushed by the noisemaking mob. Individuals, schools, and towns were rewarded by the government based on how many sparrows they killed. Some historians believe that at least 2 billion sparrows died during the campaign.

The old film footage is fascinating. Mobs of smiling idiots banging pots, waving flags, and howling at the sky as, one by one, millions of birds drop from fear and fatigue. This is the left personified. All that matters is being part of a loud mob, like, getting out in the street and, like, feeling the moment, man! Banging and howling is confused with progress and results. Of course, there were results of the Great Sparrow Campaign. The locust population, freed from its natural predator, exploded. Famine ensued, and millions of grinning howling morons starved to death.

That’s my favorite historical example of the left doing what it does best. Closer to home, here’s another example that will better relate to the Grim Sleeper case. In the mid-1990s, black activist groups needed a new reason to bark at the moon. So it was decided that the enemy du jour”the “oh, now we”ve discovered it” reason so many black Americans were doing poorly in school and in the job market”was “negative images” of black people on TV. If only Hollywood would portray every black person as SuperJesus, black America’s woes would vanish. The theory was, “negative images” of blacks on TV “made” black people drop out of school and become criminals, “made” black fathers abandon their children, and “made” white employers look for more qualified candidates.

So, true to form, black activists began banging pots and howling at the sky. The NAACP and other “civil rights” organizations launched a series of national protests and boycotts against the TV networks. The demands? The networks had to immediately stop casting black people (and all “people of color”) in roles in which the characters were less than perfect. And the networks listened. In one example, NBC pulled an episode of Law & Order (at the time the highest-rated drama on TV) because the bad guys on the show were Puerto Rican. In answer to the protesters” demands, the network pledged to stop casting minorities as criminals. And, since every episode of Law & Order involved catching a criminal, that effectively meant the end of blacks and Latinos as guest stars on the show.

In July 1999, a black actor who”d been repeatedly fired from jobs by nervous network execs who were afraid of being boycotted for casting a black person in a non-SuperJesus role finally spoke up. In a Washington Post op-ed, actor Damon Standifer called out the activists and “community leaders” for depriving black actors of work:

It’s gotten to the point where the networks are wary of hiring black actors for lead roles. Why would a network want to spend millions of dollars to produce and promote a show, only to be confronted with angry protests? Advertisers don”t want their products attached to shows that are the objects of controversy. Unless African-American activists abandon the destructive tactic of trying to ban shows they don”t like, actors like me will continue to suffer the consequences.

After PBS, NBC, and CNN devoted coverage to the op-ed and gave Standifer airtime, the race baiters backed down, with “head niggler in charge” Earl Ofari Hutchinson practically admitting in defeat, “Don”t blame us for our demands; blame the networks for being stupid enough to accede to them.” The upside for people like Hutchinson was that the damage they caused led to an entirely new protest”condemning the TV networks for not having enough black characters on their shows! Yes, the people who had just concluded a five-year campaign to keep black actors off TV were now protesting that there were not enough black actors on TV. There was absolutely no comprehension of cause and effect, no simple, basic understanding of the fact that the activists” actions had consequences. Chants of “don”t cast blacks!” had led to blacks not being cast. The activists were now protesting the direct results of their own actions.

So how does this relate to the Grim Sleeper? In 1988, the killer screwed up, and one of his black female victims survived. She was able to give the police a decent description of the man who attacked her (she described him as a “black preppy,” and she was able to provide basic height, weight, and hair details). Armed with their first real lead, detectives ramped up their search for the murderer. It was a long and arduous process, with many dead ends. No matter, say black activists today. The cops should have been more aggressive! They should have reacted more forcefully. After all, this was a serial killer. This was serious business.