Male Authority and the Decline of America 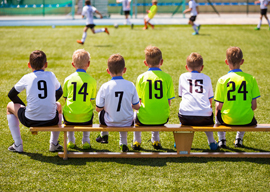 Our elected representatives, including many judges, more and more refuse to comply with federal immigration law. They do not conceive of themselves as disinterested agents of a system that it is their duty to serve and, by serving, bring into being. Rather, they themselves are the effective arbiters of justice. Hence our many sanctuary cities and California, a sanctuary state.

National fertility rates have hit record lows, threatening our long-term prospects of survival and the preservation of American heritage. With more women than ever in the workplace, and an increasing number of people not living by traditional religious mores concerning sex and marriage, it is likely that this trend—or rather, gradual dying-off—will continue apace.

Meanwhile, the two business parties are working to transform the U.S. into a third-world country. While advocating for the “rights” of “dreamers” and “undocumented immigrants,” the rich elite—Mark Zuckerberg, Representative Nancy Pelosi, Mayor Rahm Emanuel, and others—live at a safe remove from the perils experienced by the rest of us. Amid the loss of industry and the exorbitant rise in cost of living, the working class numbs itself on opiates and the middle class dwindles away. The goal is to replace both groups with an international peasantry, ensuring the highest possible profits for the donors who own our politicians.

Like the illegal-immigration issue, the Mueller investigation attests to the absolute cynicism of our politics. Trying to thwart the globalist business enterprise, President Trump is a figure who must be got rid of, and if unscrupulously working up a Russian conspiracy does the trick, well then, so be it.

In short, America is now a country in name only, for we lack the collective will to fill the particular governmental roles without which there cannot be a country. We are like a football team whose quarterback is unwilling to throw the ball, or whose wide receivers are unwilling to catch his passes.

“The greatest problem by far is the very disposition of Americans today.”

To be sure, the variety of conflicting values and interests—or “diversity”—we face is formidable in and of itself. Even if we did not lack the will to yield to an authority other than oneself, these would still be quite difficult to deal with. But the greatest problem by far is the very disposition of Americans today. They are by no means disposed by respect for the objective legitimacy of the system itself to yield to a law with which they do not agree. And more than anything else, it is owing to this internal difference of character that America’s future, like its present, looks dark indeed.

In recent years, as our country, like other first-world nations, has taken a nationalist turn, many scholars have turned to Alexis de Tocqueville, emphasizing the great moral psychologist’s belief that democracy requires virtuous characters. For de Tocqueville as for the Founding Fathers, democracy in America worked because it was a Christian nation. He thought especially well of American women, to whose moral excellence he attributed the excellence of the citizenry.

Those women, however, were the products of a patriarchal culture, and here I come to my central insight. It is that the loss of male authority in the family creates a social conditioning that is adverse to democracy. In the past, the West’s Christian moral framework may have been imparted by men and women alike, but the vital task was led by men, who, as the stronger and therefore more fearsome sex, served to enforce the moral precepts. Boys and girls grew up learning to behave in certain ways, and the failure to do so, they understood, would entail punishment from a father—an authority figure whom they (ideally) both loved and feared. Having been conditioned in childhood to obey, adults, once they came to exercise power in the culture, would be far more disposed than they are now to respect and submit to a rule, or convention, or law, or whatever, whether they agreed with it or not.

To a significant extent, the loss of male authority also entails the loss of morality in general. It is important to understand that when people do a good thing, or what they are supposed to do, it is not necessarily because mere reason has prompted them to do so. After all, reason by itself is value-neutral. If a man is brave or generous, you can be sure he feels internally motivated to be so, and that will typically be rooted in past experience, ultimately going back to the moral conditioning by which he was shaped as a child.

Yet after the sexual revolution and no-fault divorce—blows from which America may never recover—men are no longer the moral authorities they used to be. Nor has a culture of single mothers proved to be an adequate replacement. Rather, Philip Rieff’s 1973 prophecy has been vindicated: “Immediately behind the hippies are the thugs. They occupy the remissive space opened up by the hippies, deepening it from an aesthetic into a politics. The self-absorbed therapy of the hippies clears the way for the mass-murder therapy of the thugs.”

Like the rest of the baby boomer’s liberations, therapy culture, which elevates feeling above all other considerations, was an awful idea. Where in the past Americans learned self-restraint by having to subordinate themselves from their earliest years to an external force (i.e., the patriarchal male), today there is for many only the authority of the law; and since, unlike a good father, the law does not naturally inspire obedience (let alone reverence), in many instances people will reduce it to their own interests, or break it so long as they believe they can get away with doing so.

Removed from the family, authority is now the province of the bureaucratic state, which rules over mass man with an obscene, Kafkaesque impersonality. We find Rieff’s thugs in the boys who shoot up schools, and in Antifa, Black Lives Matter, and other violent phenomena. All striving to meet human nature’s difficult need for esteem, they are testaments to a social order gone wrong, terribly wrong. We have a lot to learn, with respect to correcting this situation, from that wise American Robert Nisbet. “Conservatism, from Burke on,” he wrote in a 1980 essay,

has perceived society as a plurality of authorities. There is the authority of parent over the small child, of the priest over the communicant, the teacher over the pupil, the master over the apprentice, and so on. Society…is a network or tissue of such authorities;…authority may be loose, gentle, protective, and designed to produce individuality, but it is authority nevertheless…. Only because of the restraining and guiding effects of such authority does it become possible for human beings to sustain so liberal a political government as that which the Founding Fathers designed in this country and which flourished in England from the late seventeenth century on. Remove the social bonds…and you emerge with, not a free but a chaotic people, not with creative but impotent individuals.