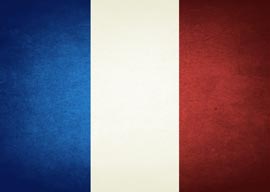 French history is currently speeding up, which ought to be of intense interest to American Republicans pondering whom to nominate in 2016. While many Americans enjoy engaging in lowbrow derision of France, the French traditionally value displays of intelligence, and thus are often the first to work out the logic of events. If the 21st-century French are beginning to figure out that the conceptions of left and right (which they invented in the late 18th century) are becoming less critical in a new century when the fundamental issue is whether the West will allow itself to be swamped by the Rest, Republicans ought to pay attention.

The most important novel of 2015, Michel Houellebecq’s Submission, a tale of the 2022 French election, provides English speakers with a convenient literary lens upon the central question in France: Will the French ruling class accede to the demographic replacement of the French nation with the overflowing populations of the Middle East and Africa?

As part of the global electoral trend toward the right, in the initial round of the French regional elections on Sunday, Marine Le Pen’s National Front came in first with 28 percent of the vote nationally. Her party led in six of thirteen zones.

“It has not been a good year for the conventional wisdom that immigration and multiculturalism are ushering in a better world.”

Although headlines described the National Front’s preliminary victory as stunning and a shock, it really shouldn”t have been terribly surprising if you”ve been following the news in 2015. With terrorist massacres at Charlie Hebdo and a kosher grocery store in January, followed by the Paris atrocities of 11/13/15, it has not been a good year for the conventional wisdom that immigration and multiculturalism are ushering in a better world.

Moreover, Angela Merkel’s sudden whim last summer to suspend European Union regulations and invite inside the E.U.’s Schengen perimeter an uncounted number of Muslims revealed that the E.U. had even worse problems than its critics like Ms. Le Pen had been pointing out. Not only was French sovereignty routinely trampled by unelected Eurocrats in Brussels, but also the E.U. itself was defenseless against the unaccountable urges of the chancellor of Germany.

Over the decades, the National Front has won a remarkably high ratio of votes to offices, largely due to cartel behavior by the other parties, who strategically throw second-round elections to keep the Le Pen party out of power. (Houellebecq’s novel famously envisions a 2022 presidential runoff in which, to prevent a Le Pen victory, France’s traditionally dominant parties conspire to hand even the ÃlysÃ©e Palace to a new Muslim party.)

This has left the National Front inexperienced at governing, which could prove a problem for France if Le Pen wins the presidency in 2017 without her party having much familiarity with administration.

This mainstream conspiracy might happen again in the runoff this Sunday, ironically because the left alliance was beaten so badly. The Socialist Party of current president FranÃ§ois Hollande has instructed its followers to vote for the center-right candidates associated with former president Nicolas Sarkozy in the eight districts where the left coalition came in last of the three major groupings.

That includes the regions won by the three main celebrity candidates of the National Front: Marine Le Pen, her 34-year-old strategist Floriant Philippot, and her 25-year-old niece and potential rival Marion MarÃ©chal-Le Pen (who looks remarkably like Lisa Kudrow’s Phoebe on Friends circa 1995).

Marion is closer politically and personally to her swashbuckling grandfather Jean-Marie Le Pen (who served as a second in the last duel fought in France in 1958). Earlier this year, Marine”a serious, Paris-is-well-worth-a-mass personality”had her own 87-year-old father thrown out of the party he had founded for going Off Message.

On the other hand, Sarkozy has so far refused to act like a character in a Houellebecq novel, reasoning that if he were to order his supporters to lay down for the Socialists the way the Socialists are doing for him, that would just validate all the conspiracy theories.

In an event with implications for Donald Trump’s strategy, Marine Le Pen won 41 percent of the initial vote in the far northern Nord-Pas-de-Calais, the French equivalent of the rust belt Great Lakes states where Mitt Romney lost the electoral college in 2012 by failing to appeal to working-class whites.

To win over proletarian whites who once voted Socialist or Communist, Marine Le Pen has been moving leftward on economics and social programs, adumbrating Trump’s less-than-wholehearted enthusiasm for traditional Republican free-market shibboleths. Le Pen rejects the tired clichÃ© of the National Front as an extreme-right party, calling it the party of rejection of “ultra-capitalism.”