Meanwhile, 10 Miles from the White House 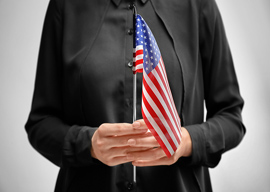 Now that Trump has solved Northeast Asia’s problems, maybe he can get to a problem in our country—in fact, within 10 miles of the White House. For some reason, The Washington Post recently ran an article on something important—the MS-13 gang presence at a public school on the outskirts of our nation’s capital, William Wirt Middle School in Prince George’s County, Maryland.

The media’s usual approach to the diversity being inflicted on us is: Don’t report this! It’s better if no one knows. Maybe the left has decided it’s too late to do anything about the transformation of our country into a Third World hellhole, and Trump couldn’t stop it even if he wanted to.

The Post reported that, like many schools up and down the East Coast, MS-13 has turned Wirt into a battleground. There have been near-daily gang fights, rampant drug dealing, one reported rape, gang signs on the walls, one shooting—more in nearby schools—and teachers afraid to be alone with their students. At least two students are required to have security officers assigned to them, walking them from class to class and watching them during lunch hour, on account of MS-13 threatening to kill them.

How many different categories of immigrants require special law enforcement officers devoted to them? Thanks to mass Muslim immigration, the FBI has terrorist watch lists in ALL 50 STATES. That’s why whenever there’s a terrorist attack, the FBI says, Oh yeah, we were watching that guy. And now we have police bodyguards for kids at schools wherever “unaccompanied minors” have been dumped by our government.

“Trump won more of the Hispanic vote than any Republican in a generation.”

In addition to the free school lunches, transportation, housing and health care to pay for all this wonderful diversity, immigrants are also massively ratcheting up law enforcement costs.

It would be enraging enough if bad things were happening to our country and the immigrants were paying for it. But we’re paying for it. Wait—you are offering to bring gang warfare, drug cartels and terrorism? We’ll go top dollar for that! Put your wallet away! Your money’s no good here!

Having made the odd decision to report factual information about immigration, The Washington Post was careful to include the gigantically irrelevant, painfully idiotic cliche: The “vast majority” of poor Latin Americans pouring into our country “enroll in school and stay out of trouble.”

Yes, and the vast majority of boa constrictors stay out of trouble too. Let’s put them in our schools! In fact, far fewer boa constrictors kill Americans each year than Latin American immigrants do. Less than one a year. And boa constrictors don’t undercut you at the construction site.

Why are we subjecting ourselves to mass immigration at all? Hey, everyone, let’s all get an HIV injection! Don’t worry, the vast majority of us won’t get AIDS!

We’re certainly not doing it to be nice to Hispanics. They’ve been polled and polled and polled, and it turns out they DON’T want more people being brought in to take their jobs and drive down wages. Recent immigrants probably don’t want their useless brother-in-law from Chiapas sleeping on the couch either.

In the 2012 presidential campaign, Obama’s Spanish language ads didn’t make a peep about immigration. Instead, he bragged about giving everyone free health care. (Sidebar: Unmentioned were the millions of people who lost their health care, thanks to all that free health care for immigrants.)

Less than two years ago, Republicans watched the most anti-immigrant politician in a century be elected president, with every major institution in America against him. Trump won more of the Hispanic vote than any Republican in a generation.