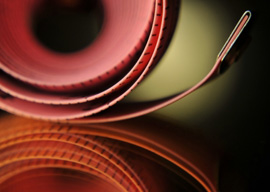 Among innumeracy’s great heroes must be reckoned Lord Randolph Churchill, father of Sir Winston. Shown a column of figures that included decimal points, His Lordship grumbled, “I never could make out what those damn dots meant.” Since Lord Randolph was Chancellor of the Exchequer (i.e., Treasury Secretary) at the time, this may help explain Britain’s subsequent decline.

Americans generally have been of the same kidney as Lord Randolph. American conservatives take pride in our exceptional insistence on retaining traditional measuring units”pounds, gallons, yards, bushels, acres”when all other significant countries have fallen to the metric system. (According to the CIA World Factbook, the only other nations clinging to their customary measures are Burma and Liberia. Hey, guys!)

This pride in fact rests, as pride so often does, on an illusion. Our precious customary units are all based on the metric system after all. Our pound has been defined since 1959 as 0.45359237 of a kilogram; a foot is officially 0.3048 of a meter; and so on.

The international order’s bailiffs, as if preparing for the imminent day when they turn us out onto the street with our furniture and worthless dollars, have permitted us to retain our pounds, bushels, and the rest as a courtesy or temporary indulgence, the kind that parents grant to troublesome children. They know they’ll have the upper hand eventually. The metric system is in our inevitable future, like “hate speech” laws or regulations to avert “climate change.” Our weights-and-measures exceptionalism will be stomped into the dust shortly after Burma and Liberia have been dealt with.

I’m schizophrenic about the whole business. Nostalgia draws me to the old measuring units: not merely feet and inches but chains, furlongs, rods, poles, and perches. (N.B.: It is a very vulgar error to confuse the rod, a unit of length equal to five-and-a-half yards, with the rood, a unit of area equal to a quarter of an acre, which of course is 40 square rods.) The entire menagerie was laid out for us on the backs of 1950s schoolbooks.

“It’s always like that. You end up plugging into the metric system somewhere. The damn thing weasels its way past you.”

There seemed to be an infinity of ways to measure things. Volume, for example: In my earliest career as a school- and college-vacation menial, I passed from working with firkins, barrels, hogsheads, and tuns at a local brewery to cubic yards of concrete and sand on construction sites to noggins, gills, and pints as a pub bartender.

Until the nation decided to destroy itself in the late 1960s, the great glory of English mensuration was the national currency. Twelve pence to the shilling, twenty shillings to the pound, and if you didn’t know instinctively that 13 shillings and fourpence was two-thirds of a pound, you really hadn’t been paying attention. My dad worked for a furniture company that priced its wares in guineas, one guinea being 21 shillings, which is to say a pound and a shilling. A nice living-room suite might be priced at 31½ guineas. Quick now: What’s that in pounds, shillings, and pence?*

With all of that forced early arithmetical training, it’s a wonder Britain didn’t sweep the Fields Medals. The problem that Mr. Murdstone gave to David Copperfield sounded like a snap, I thought, though we only hear the opening:

If I go into a cheesemonger’s shop, and buy five thousand double-Gloucester cheeses at fourpence-halfpenny each, present payment….