Media Magic: How a Democrat Pedophile Became a ‘Trump Scandal’ 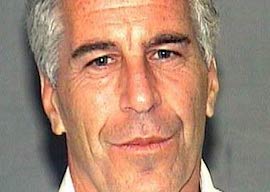 Strangely, the media have suddenly taken an intense interest in the case of pedophile and major Democratic donor Jeffrey Epstein.

In 2005, the Palm Beach police were told by the mother of a young girl in West Palm Beach that her daughter had been brought to the Democratic donor’s mansion and asked to have sex with him for money. This kicked off an intensive, one-year undercover investigation.

The police sifted through Epstein’s garbage and interviewed 17 witnesses, including the housemen, who told of sex toys and dildos left behind after the underage girls left. One of Epstein’s procurers, a 20-year-old local woman named Haley Robson, who was paid $200 for every teenaged girl she brought to Jeffrey, was cooperating with police, telling them she was like “Heidi Fleiss.” They obtained statements from five of Epstein’s young victims, who said they’d been paid $200 to $300 to engage in various sex acts with him. Police raided Epstein’s home, finding explicit photographs of teenaged girls, incriminating phone records — and one girl’s high school transcript.

But when the police chief brought this mountain of evidence to Palm Beach County’s Democratic prosecutor Barry Krischer, he punted, charging the Democrat child molester with only one count of soliciting prostitution — yes, the child victims were labeled “prostitutes” — and offered Epstein probation.

Palm Beach Police Chief Michael Reiter exploded in rage. (Meanwhile, Epstein claimed to be the victim of an anti-Semitic conspiracy on Palm Beach.) Chief Reiter wrote an open letter to Krischer asking the Democrat to remove himself from the case. Then he turned to the Bush administration to seek justice against a Democratic donor/accused child rapist.

“But pay no attention to Jeffrey Epstein and his roster of Democratic enablers — this is a Trump scandal!”

As stories go, a child sex case involving a Palm Beach billionaire was pretty big. It was covered in the British press, in Florida media, at The New York Post and at Fox News. Bill O’Reilly led with the story on his Fox News show.

But CNN and MSNBC did not breathe a word about a Democratic prosecutor refusing to hold a Democratic child rapist accountable.

Epstein had given more than $145,000 to Democratic candidates and causes, including Bill Clinton, John Kerry, Hillary Clinton and Chuck Schumer. He was a big Israel backer. Bill Clinton and Democratic activist Ron Burkle were frequent guests on Epstein’s private plane, dubbed the “Lolita Express.” And Krischer was a hero for his dogged pursuit of Rush Limbaugh! Why bring up all this unpleasantness?

Thanks to Chief Reiter, President Bush’s U.S. attorney for the Southern District of Florida, Alex Acosta, did take the case, despite the fact that only Epstein’s child rapes on his plane, on his private island or with girls brought across state lines would make it a federal case.

As a result of the (Republican-led) federal investigation, Epstein was finally required to plead guilty to two state felony charges, accept a sentence of two years in prison, register as a sex offender, and pay restitution to his victims.

Still no coverage by MSNBC or CNN.

Inasmuch as Epstein was pleading guilty to a state charge, the matter of his confinement was out of the U.S. attorney’s hands. It was Democratic county prison officials — not the feds — who placed Epstein in a private wing of the county jail and allowed him to spend 12 hours a day, six days a week at his Palm Beach mansion throughout his 13-month “imprisonment.”

In 2014, the brilliant conservative lawyer Paul Cassell and Bradley Edwards brought suit against the federal prosecutors for violating the Crime Victims’ Rights Act in the Epstein case.

As bad as the U.S. attorney’s office was, at least it did something. Democrat Krischer gave Epstein a walk. But no matter how appalling Krischer’s behavior was, the Crime Victims’ Rights Act only applies to federal prosecutions.

CNN gave extensive coverage to the celebrity-filled allegations, inviting Dershowitz on to defend himself and lavishing attention on the irrelevant prince. Amazingly, but characteristically, not once did CNN mention that Bill Clinton was named in the pleadings.

Only one show on MSNBC, “All In With Chris Hayes,” so much as acknowledged the bombshell case, also without letting on that Clinton had been named as a frequent Epstein guest by the child victims.

But recently, the very news outlets that spiked any news about this case for the past 13 years are suddenly hot on the trail of Jeffrey Epstein. Why the newfound sense of decency?

The answer is: Because they found a Trump connection. There’s a 2002 quote from Donald Trump saying nice things about Epstein and photographic proof that Epstein was one of the hundreds of thousands of people who have been to Mar-a-Lago. (There are rumors he has also been to the Grand Canyon and the Empire State Building.)

This is how the modern American media work: I’ll tell the same story that we’ve been frantically suppressing for a decade, connect it to Trump — and win a Pulitzer Prize!

Here is MSNBC’s Lawrence O’Donnell describing Epstein a few weeks ago in a single segment:

“… a billionaire friend of Donald Trump’s …”

Epstein was a “friend” of Donald Trump’s the same way he is a “friend” of Pinch Sulzberger by virtue of reading The New York Times. He’s been to Trump’s club. (That is, until Trump barred him for propositioning the underage daughter of a member.)

But pay no attention to Jeffrey Epstein and his roster of Democratic enablers — this is a Trump scandal!

It seems that the U.S. attorney who oversaw the federal prosecution, Alex Acosta, is currently Trump’s Labor secretary. Trump didn’t know Acosta’s name during the Epstein prosecution, but liberals think they’ve unraveled Trump’s decade-long scheme to reward Acosta for being lenient on Epstein — aka “friend of Donald Trump’s.”

The silver lining is that we finally have a way to make Hillary Clinton pay for her crimes. Trump has to appoint her to his Cabinet. Then we’ll see the entire American press corps chanting, “Lock her up!”