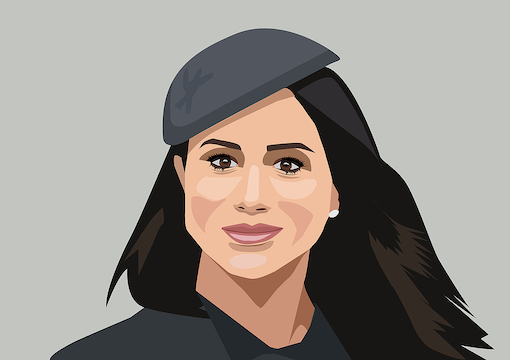 Mrs. Clinton, who knows a thing or two about phoniness, praised Meghan Markle’s decision to speak of her “mental health” before tens of millions of her very closest counselors. Mrs. Clinton said it was brave of her, but brave was not the word for it; exhibitionist would have been better, together, perhaps, with scheming, opportunist, histrionic, self-serving, egotistical, and shallow, amongst other things. If there were a Nobel Prize for self-pity, Ms. Markle would have been a strong contender—rather like Mrs. Clinton herself.

The very idea of mental health as being anything other than the absence of raving madness (which undoubtedly exists) is an invitation to superficiality. Health itself is a difficult enough and contentious subject, and the World Health Organization’s definition of it, that it is not merely the absence of disease but the presence of complete physical, psychological, and social well-being, is a godsend to totalitarians. On this definition, there is probably no healthy person in the world; and if there were he would be almost insufferable, complacent, dull, and a first-rate bore. Dissatisfaction, after all, is the permanent condition of mankind. “Mental hygiene,” the expression that was used before “mental health” came into vogue, is even worse: It conjures up a kind of disinfectant that kills mental germs, leaving the mind scoured and cleaned like a gleaming lavatory pan.

“Any single dictum of the 17th-century French aristocrat La Rochefoucauld tells us more about human life than the entire oeuvre of Freud and all his followers.”

Of course, the real progenitor of Meghanish psychobabble (which, apart from the family into which she married, was absolutely standard-issue for those who make a mental, and even a professional, career of self-pity) was Sigmund Freud. No man ever did more to reduce human self-understanding than he. Thanks to him, people become self-obsessed without self-examination, and look at their experience through a theoretical lens so distorting that it is difficult to tell anymore what they actually do experience. Those who have undergone—I almost used the modern cant term survived—many years of psychoanalysis emerge almost like brainwashed prisoners of North Korea.

Any single dictum of the 17th-century French aristocrat La Rochefoucauld tells us more about human life than the entire oeuvre of Freud and all his followers. For example, he says that in the misfortunes of our friends there is something not unpleasing. This is horrible and unflattering to humanity, perhaps, but we recognize it immediately as being true; it is both obvious, in the sense that at some level we knew it already, for otherwise we wouldn’t so quickly acknowledge its truth, but at the same time revelatory, in the sense that we never brought it to the forefront of our mind.

La Rochefoucauld’s dictum is valuable because it confronts us at once with the unstraightforwardness of our thoughts and emotions. Once we have read it, we can no longer think of ourselves as completely benevolent beings; we realize that our motives are always mixed. I concede that the dictum might not be true of everyone, that there may be some sweet-natured persons of whom it is not true, but if so they are few, and I am not one of them—though I am not especially ill-natured, either, in this respect being about average.

Dr Johnson is likewise incomparably more profound than Freud. Open Johnson at any page and you will find wisdom, honest reflection, and genuine self-examination that is a world away from the self-indulgence of Meghanish emotional incontinence. Having turned at random to the 155th essay in his series of essays The Rambler, I find Johnson speaking of our knowledge of ourselves:

No weakness of the human mind has more frequently incurred animadversion than the negligence with which men overlook their own faults, however flagrant, and the easiness with which they pardon them, however frequently repeated.

It seems generally believed that, as the eye cannot see itself, the mind has no faculties by which it can contemplate its own state, and that therefore we have not the means to become acquainted with our real characters; an opinion that, like innumerable other postulates, an enquirer finds himself inclined to admit upon very little evidence, because it affords a ready solution of many difficulties.

Dr Johnson will have no truck with this evasion. If his essay were read, understood, and taken to heart, it would make redundant half the help-seeking of the distressed, insofar as so much of our distress is the natural consequence of frequently repeated faults that are known to be such even as we commit them. Throughout this, and all his other, essays, Johnson tells us things that are obvious but revelatory:

The mischief of flattery is not that it persuades any man that he is what he is not, but that it suppresses the influence of honest ambition by raising an opinion that honor may be gained without the toil of merit; and the benefit of advice arises commonly, not from any new light imparted to the mind, but from the discovery that it affords of the public suffrages [i.e. public opinion]. He that could withstand conscience is frighted at infamy, and shame prevails when reason was defeated.

The praise of Meghan and her weak and hapless consort for their supposed bravery in exposing to the world in conditions of gross and unearned privilege their trivial miseries is calculated precisely to suppress the influence of honest ambition, which in their case would be to slide away into the background and be heard no more. The Anglican Book of Common Prayer has the following lines in Psalm 84, praising the God-fearing persons who trust in the Lord and:

Who going through the vale of misery use it for a well: and the pools are filled with water.

They will go from strength to strength.

Meghan and her consort have followed this advice: They certainly go through the vale of misery, or at least of claimed misery, and use it for a well. They will go from wealth to wealth.