Mel Gibson: Back Into the Fray 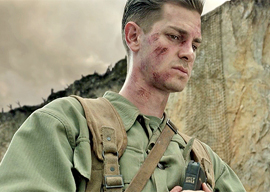 Rather like Donald Trump’s campaign for president in 2016, Mel Gibson’s 2004 movie The Passion of the Christ was not popular in Beverly Hills. I overheard the following conversation in a Rodeo Drive screening room while Gibson’s Aramaic-language movie was doing historic business in Chicano neighborhoods:

Man: The Passion really doesn”t work as a movie. I mean, if you don”t know who the characters are, you can”t figure out what’s going on. And why is he washing people’s feet?

Woman: It’s like Gibson expects you to know the story already.

Man: And it’s so historically inaccurate. The men didn”t have long hair back then.

Woman: Now, what I really like is The Da Vinci Code.

Long before Gibson released The Passion of the Christ, it was virulently demonized as threatening to unleash anti-Semitic pogroms. When that of course never happened, few apologized for their bigotry, instead waiting for the hard-drinking Gibson to slip up so that history could be rewritten with the director now blamed for starting the squabble.

After years of being blacklisted by Hollywood, during which Gibson continued to do interesting work, such as Jodie Foster’s The Beaver and Get the Gringo, Gibson has finally been let out of movie jail for his new directorial effort, Hacksaw Ridge.

A WWII combat/horror film, Hacksaw Ridge recounts the true story of Desmond Doss, a Lynchburg, Va., hillbilly whose Seventh-day Adventist faith precluded him from holding a gun. Somewhat like Alvin York, a hero of World War I, Doss doesn”t see himself as a conscientious objector but as a “conscientious cooperator,” happy to help his country win by serving as a combat medic but unwilling to handle a weapon himself.

“After years of being blacklisted by Hollywood, Gibson has finally been let out of movie jail for his new directorial effort.”

Hacksaw Ridge‘s Doss has no interest in imposing his personal views on anyone else, nor even in arguing that they deserve to be a universal categorical imperative. In Gibson’s retelling, Doss” pacifism is much like teetotaling, a form of abstinence particularly prudent for the Scots-Irish with their natural knack for liquor and mayhem.

Doss” sweet-natured idiosyncrasy proves difficult for the United States Army to deal with, beginning with his training sergeant, played by Vince Vaughn with genuine star power in a smaller role than he normally takes. The officers are portrayed as harassed and tired, but also surprisingly sensitive to the difficult ethical issues posed by Doss” peculiar stubbornness.

Eventually the Army gives in and lets Doss serve on his own terms. Doss” platoon goes into combat at the end of April 1945 in the Battle of Okinawa, “the typhoon of steel.”

The War in the Pacific was a big deal when I was young”it served as the national epic of California. But over time a war in which a white America defeated a nonwhite enemy has come to seem kind of racist, no matter the details of who bombed whom at Pearl Harbor.

Okinawa was expected to be a miniature warm-up for the invasion of Japan, then scheduled for Nov. 1, 1945. The Japanese army largely followed Colonel Yahara’s strategy of fighting fanatically on the defensive to impress upon Americans the cost of conquering Japan itself.

Subduing one island with 1/200th the population of the Japanese mainland took 81 days and 12,500 American lives. When it was finally over in late June 1945, dropping the atom bomb on Japan seemed like a better alternative than doing it all over again on a vastly larger scale.

Filming in Australia, Gibson chose a largely British Commonwealth cast. Doss is played by the Los Angeles-born but England-raised Andrew Garfield, who made his biggest splash as accidental Facebook billionaire Eduardo Saverin in The Social Network.

The movie industry loves Garfield’s skinny face and big Adam’s apple. He looks less like a 21st-century star than somebody out of a 1940s Life magazine, a sort of Jewish Jimmy Stewart. I thought Garfield was excellent in the Amazing Spider-Man reboot, but audiences were unenthused and the franchise was shelved. So it’s not clear if the public will ever be as enthralled with Garfield’s retro look as the film industry has been.

The rest of Doss” unit is filled out by Australian talent. The American child-actor circuit is good at producing fine baby-faced male leads such as Leonardo DiCaprio and Joseph Gordon-Levitt, but it’s falling behind Australia at the basic task of producing plausible WWII grunts.

Gibson refuses to retcon any diversity into his all-white cast. (Blacks were largely given supply jobs behind the front lines in WWII.)

Nor do women get any roles in Hacksaw Ridge other than wife and mother.

There’s no attempt to get to know the Japanese soldiers in the movie, although their treatment of the Okinawan civilians in real life was so reprehensible that being portrayed as the enigmatic Other in Hacksaw Ridge may count as Gibson being politically correct. The movie leaves out such lurid acts of the Japanese military as prodding civilians into mass suicides and expending 1,465 kamikazes, which killed 4,000 American sailors.