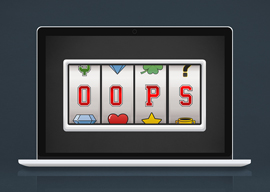 In an episode of the seminal 1980s TV show Hill Street Blues, Detective Buntz (a pre–NYPD Blue Dennis Franz) and a fellow detective, Rodriguez, are taken hostage by a sadistic serial killer. Bound and helpless, Buntz, who has a history with the killer, explains to his panicked colleague that the guy won’t kill them unless they beg for their lives. The scumbag likes to hear people beg for mercy. He gets off on it. “He wants you to beg; don’t give him that. Don’t beg him or you’re dead,” Buntz whispers to Rodriguez. But after hours of torment, Rodriguez caves. He begs for his life, and is promptly shot point-blank. Buntz, on the other hand, never wavers, and the killer, frustrated and unable to find the satisfaction he craves, becomes careless. Buntz is able to free himself, and the murderer winds up tossed headfirst out a window.

That’s fiction, of course. But in the real world, there are times when one simply should not beg. And you’ll know those times by the character of your foe. If you’re up against the kind of monster who derives pleasure from hearing people plead for mercy, that’s when you cannot, must not, beg.

If you’ve been targeted for destruction by the left for a speech crime, it’s not unreasonable to think that an apology can save you. After all, you didn’t kill anyone, you didn’t actually break any laws (at least not in the U.S., where, for the moment, speech deemed hateful by the left is not a crime). Surely a crime of speech can be remedied by speech, right? If your words gave offense, then your words can make things better. Just apologize profusely, and you’ll be allowed to go on your way.

Nothing could be further from the truth.

“The bullies never go after people they can’t break, because to do so would make them look weak and impotent.”

The reality is, the more you apologize, the more the left will come after you. If you show weakness, if you let them smell blood, you’re finished. The left preys on those they deem vulnerable. I wouldn’t compare social justice leftists to apex predators like lions or wolves, because lions and wolves are beautiful, dignified creatures who contribute positively to the environment. Rather, I’d compare them to the head honcho of a prison gang: a hyperviolent, disturbed semi-retarded thug ruling an irrelevant world of shit, a worthless human being of no consequence who brings only misery to those around him and who derives pleasure from taking the weak, those who surrender, those who give in, and making them his subservient “bitches.”

Apologize to a leftist for hurty words and before you know it you’ll find yourself bent over with a sock stuffed in your mouth.

That’s a lesson Fox News’ Laura Ingraham is learning as we speak. Last week, she did the unthinkable. She blasphemed a member of the left’s current Holy Trinity: Parkland school shooting “survivors” David Hogg, Emma Gonzalez, and Cameron Kasky. These “survivors” (actually, the media is now calling them “victims,” the most inexcusable misuse of the word I’ve ever seen) have been declared untouchable by their adult protectors. After all, they’re just “kids” who are doing nothing more than defaming legal gun owners as “child murderers,” so don’t dare fight back with hateful words to counter their hateful words. True to form, some on the right have rebelled against this proscription, and in recent weeks I’ve seen my share of over-the-top memes depicting the bulbous-headed Hogg as a Nazi or an NKVD enforcer. So what was Ms. Ingraham’s crime? A tweet depicting David Hogg as Hitler shooting Anne Frank in the head? Because yeah, that would have been out of line.

Nope, it was this: “David Hogg Rejected By Four Colleges To Which He Applied and whines about it. (Dinged by UCLA with a 4.1 GPA…totally predictable given acceptance rates).” Ingraham’s tweet was in response to an interview Hogg gave to TMZ in which he called the college rejections “sad,” “annoying,” “disappointing,” and “not too great for me.” There was absolutely nothing incorrect about Ingraham’s tweet. The kid genuinely did whine about the rejections. But we live in a time in which The New Yorker has compared Parkland “survivor” Emma Gonzalez to Joan of Arc, a time in which a politician’s career was ruined by calling Gonzalez a “skinhead lesbian” (Gonzalez is a self-described lesbian with a shaved head, but, to the faithful, truth can’t be a defense against blasphemy), and a time in which smug atheist comedian David Cross, who loves bragging about how he holds nothing sacred, damns the critics of the Parkland kids to a hell he doesn’t even believe in.

The truth of Ingraham’s tweet was irrelevant; she had to be punished. Hogg immediately took to Twitter to call for a boycott of her show, because how dare anyone describe his whining as whining. From that point on, all Hogg had to do was sit back as his disciples did the heavy lifting. Ingraham’s advertisers were pilloried with complaints. Soon enough, a bunch of them caved, including Rachael Ray’s Nutrish pet food brand (true story—I gave that to my dog once, and he puked), Expedia, TripAdvisor, Wayfair, Johnson & Johnson, Nestlé, Hulu, Office Depot, Atlantis, Paradise Resort, Honda, Liberty Mutual, Progressive, and Jenny Craig.

Next to fold was Ingraham herself, who issued the following apology: “On reflection, in the spirit of Holy Week, I apologize for any upset or hurt my tweet caused him or any of the brave victims of Parkland.” In response, Hogg vowed to go after her even harder now that she’d apologized. Because by apologizing even though she’d done nothing wrong, Ingraham made herself David Hogg’s prison bitch. He knows she won’t stand up for herself. He owns her now.

Ingraham has taken a week’s leave from her show. Fox claims it’s a “pre-planned vacation” that has nothing to do with the Hogg controversy. But anyone who follows FNC knows that “pre-planned vacation” is similar to when, back in the 1980s, celebrities with AIDS would blame their dramatic weight loss on “stomach flu.” “Stomach flu” soon became known as code for “Tell Elton John to be on standby for my memorial.” “Pre-planned vacation” at Fox is always a precursor to an on-air personality shake-up.

Ingraham should have known better than to apologize. Honestly, if she thought she could somehow save herself by groveling, she’s too stupid to deserve a show in the first place.