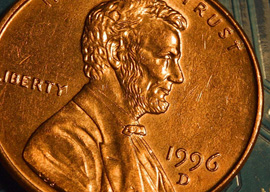 The once-mighty industrial giant called America, this formerly muscle-bound striding imperial colossus, these days more resembles an emaciated Gulliver lying dead in a weed-choked abandoned factory parking lot. Pecking at his rigid corpus are an unsavory assortment of human buzzards, scavengers, pack rats, hyenas, and scroungers—nearly all of them on meth, crack, or meth/crack cocktails—who busily pick apart the remaining sinew and marrow from his bones.

Over the past decade America’s leading export to our imperial successor China has been trash in the form of discarded items such as waste paper and scrap metal. Since copper wire fetches higher prices than used toilet paper at the local salvage yard, a perversely entrepreneurial criminal industry has emerged to keep such exports booming.

All across this once-fair and now-mottled land, faded emblems of a vanished industrial base—manhole covers, oil tanks, steel beams, aluminum bleachers, fire-hydrant control valves, sewer grating, plumbing pipes, rusty stoves, and any public monuments that appear to contain copper—have been showing up at scrap yards and sold for a fraction of their value by tweaked-out parasites itching to smoke and snort and shoot more brain-eating stimulants. The US Department of Energy has estimated annual losses of $1 billion due to copper theft alone.

“The thievery escalates as the economy plummets and metal prices soar.”

The thievery escalates as the economy plummets and metal prices soar. Entire apartment complexes and shopping centers are mercilessly denuded of their air-conditioning systems, which are not only rich in copper but also contain anhydrous ammonia with which to manufacture more slushy piles of meth. The vultures swoop in on houses foreclosed in the real-estate downturn, picking them clean of their metal riches and rendering them permanently uninhabitable. Six tons of scrap metal wind up missing from a Seattle biotech firm. Baseball fields and a skating rink in Colorado Springs are shorn of their electrical wiring. Eight miles of copper power cable disappear from Tucson and leave a two-mile stretch of the city without streetlights. An Arkansas Walmart, hospital, and mall get ransacked in one strike, leaving two thousand customers without power. Playgrounds, construction sites, train tracks, and electrical sub-stations get pillaged and torn open, the mess left for others to clean. Even scrap yards get hit, with the spoils sold to other scrap yards.

Churches, graveyards, and other once-sacred public monuments are routinely shorn of their bronze, copper, and zinc. Bells, gravestones, plaques, statues, and coffins are hauled to grimy salvage yards and sold for pennies on the dollar. An estimated $500,000 worth of brass ornaments have been purloined from Chicago cemeteries. West Virginia headstones and veteran’s markers are picked apart for their bronze and sold for quick cash.