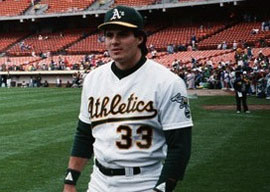 From his 1989 Wall Street memoir Liar’s Poker to his new book, The Undoing Project, Michael Lewis has succeeded his mentor Tom Wolfe as our top Southern center-right nonfiction author.

Indeed, Wolfe recently let Lewis read through his old letters to his parents to enable Lewis to write an illuminating article in Vanity Fair about how the 1950s” Thomas Wolfe Jr. became the 1960s” Tom Wolfe!

The differences between Wolfe and Lewis, however, are so large that few have noticed their connection. Some of that is no doubt due to Lewis being a more cautious personality, but much of it reflects how much freer American writers were a couple of generations ago.

While I probably prefer Lewis” lucid, buttoned-down prose to Wolfe’s show-offy style, Wolfe’s heroically ambitious career reflects the Apollo 11-meets-Woodstock ambitions of his era’s America. In contrast, Lewis” admirable but inoffensive books for frequent fliers seem about as good as an American journalist can do in this touchy era.

Three of Lewis” nonfiction works have been made into hit movies: The Blind Side, Moneyball, and The Big Short. Perhaps to challenge Hollywood screenwriters to extend their range even more, Lewis has written his least filmable book yet, The Undoing Project: A Friendship That Changed Our Minds, about the Israeli psychologists Amos Tversky and Daniel Kahneman and their research into common cognitive mistakes.

“Perhaps to challenge Hollywood screenwriters to extend their range even more, Lewis has written his least filmable book yet.”

In an age fascinated by artificial intelligence, Tversky (who died in 1996) and Kahneman (who is now 82) specialized in understanding “natural stupidity.” Their work won Kahneman the quasi-Nobel prize in economics in 2002.

After the 2008 financial crash, Kahneman became wildly fashionable as a corrective to the “rational man” assumption of economics. His 2011 book, Thinking, Fast and Slow, about how people make mistakes on the logic puzzles Kahneman contrived for them, was a huge best-seller (although I doubt too many people who bought it at airport bookstores ever finished it).

Now Lewis has written a biography of the two, claiming that Tversky and Kahneman had figured out the essence of Moneyball, his baseball statistics book about the 2002 Oakland A’s, decades before he”d ever heard their names.

The Undoing Project‘s opening chapter entertainingly profiles Daryl Morey, the general manager of the NBA Houston Rockets, who helped introduce sabermetric techniques to basketball. Morey recounts how he”d slowly learned to avoid biases of the kind that had caused him to skip over Harvard star Jeremy Lin in the draft because who had ever heard of an athletic Asian? But then Lin enjoyed a spectacular seven-game stretch for the New York Knicks in 2012.

But the rest of the book, however, is devoted to the careers of the two Israeli academics, who, while they did some interesting work for the Israeli military in fields like fighter pilot training, had virtually no connection to sports.

The one exception was that Tversky co-wrote a famous paper, “The Hot Hand in Basketball: On the Misperception of Random Sequences,” debunking belief in a “hot hand“ among shooters. Contrary to the widespread assumption that a player who made his last shot is more likely to make his next, Tversky found that shooting percentages declined after making a basket.

And yet, Lewis skips over the irony that Morey signed Lin to a contract after his famous Linsanity hot streak, but then dumped him after a couple of years when Morey discovered Lin wasn”t all that.

Although the NBA’s pro-black bias no doubt played some role in his not being drafted out of college, in 2017, it’s looking less like Lin was an overlooked amazing talent victimized by the failure of innumerate NBA executives to internalize Kahneman’s genius insights. This year, Lin has missed most of the season with various injuries, and his Brooklyn Nets are only 3″9 in the games he did play.

Instead, Lin seems more like a living example of the hot-hand “fallacy” that Tversky had pooh-poohed. I watched the most famous game of Lin’s streak, his 38 points against the defending-champion Lakers, and thought he was making wild shots that nobody could be expected to keep up in the long run. (This was before Stephen Curry’s advent.) But in the short run, the Knicks kept feeding Lin the ball and he kept sinking ever more improbable shots.

More generally, Lewis” description of the breakthrough moment in the careers of the Israeli duo seems underwhelming. In the new book’s telling, Tversky explains to Kahneman an experiment involving predicting whether you”d draw a red or a white poker chip that followers of Milton Friedman saw as evidence that human beings are partly rational about making statistical forecasts.

Now, this may sound to you and me like a debate over whether the glass is part full or part empty, but Kahneman’s intellect is more powerful than supple.

For example, here’s one of Kahneman’s first brain twisters:

The mean I.Q. of the population of eighth-graders in a city is known to be 100. You have selected a random sample of 50 children for a study of educational achievement. The first child tested has an I.Q. of 150. What do you expect the mean I.Q. to be for the whole sample?

An I.Q. of 150 is quite rare: It should occur randomly only once out of every 2,330 people. So in this case you might well wonder whether the sample is really “random” or just how confidently it is “known” that the mean is 100.